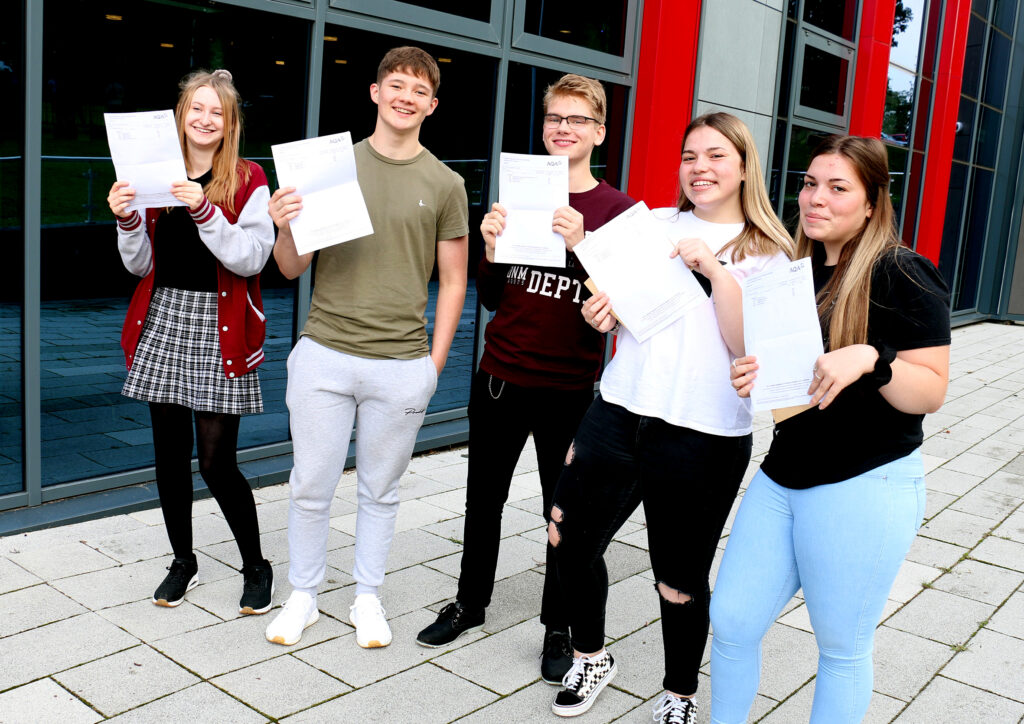 A-level students at West Nottinghamshire College are celebrating another excellent set of exam results, with the ‘class of 2019’ achieving the grades to progress to university, take up an apprenticeship or enter employment.
Thursday 15 August 2019 was A-level Results Day and the college announced an overall pass rate of 98.8% – which is 1.2% above this year’s national overall pass rate of 97.6%.

Principal and chief executive Andrew Cropley said: “Congratulations to all our students who have received their A-level results today. I’m thrilled that so many of them have done so well and will be taking up a place at their university of choice next month, or embarking on their chosen career from a position of success. We exist to enable our students to thrive, so days like this are especially gratifying. I hope that their friends and families who have supported them will be equally proud of their achievements.
“Congratulations too to all of our teachers and other staff who have supported our students to succeed. Not only have they helped them do well in their exams, they have prepared them very effectively for the next phase of their education and careers and we look forward to hearing of our students’ future success.
“Of course, we should also commend all our students who have achieved really well in their technical and professional courses or in their apprenticeships; many of whom will also be going off to study on a higher education course.”
Students celebrated their results and outlined their future plans after college.
Jessica Brownley, 18, from Mansfield, was thrilled to achieve an A in biology, A in psychology, C in chemistry and an A-star in her EPQ. 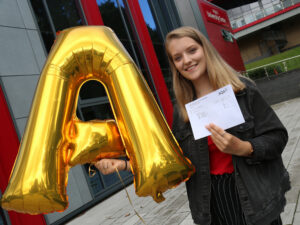 She said: “I was so anxious last night and couldn’t stop thinking about results day, so I’m delighted with these grades.
“I’m off to the University of Hull to study psychology. I’d love to work in clinical psychology but there are so many areas in the sector and I can’t wait to discover more. I’ve totally fallen in love with the subject and I’m looking forward to learning even more about it at university.
“Coming to West Notts college from secondary school has been great preparation for university – it’s been the best decision I’ve ever made. It was a new start, I met new people and all the tutors have been unbelievably helpful.
“Lots of my friends have done well in their exams so we’ll all be getting together later to celebrate.” 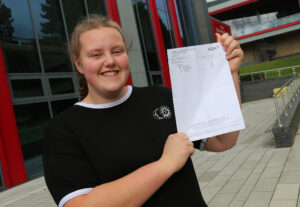 Ashleigh Tungate, 18, from Alfreton, Derbyshire, described herself as “so happy” to gain an A in biology, A in maths, and B in chemistry.
She said: “I’ve heard that I’m one of the top-performing students – it’s unbelievable! I’m just so happy to get these grades.
“I’m hoping to get a place at the University of Nottingham to study veterinary medicine. Animals are my passion. As the owner of a dog and a cat, the welfare of animals has always been on my mind. The course will last five years but I’m prepared for this intense study.
“West Notts College has been amazing and you couldn’t ask for better teachers. They’re so supportive and always around to help you if you’re having a hard time. I have gained some great new friends too while I’ve been here.”
Zofia Kaczumar, 18, from Shirebrook, celebrated an A in history, A in law and C in English literature. 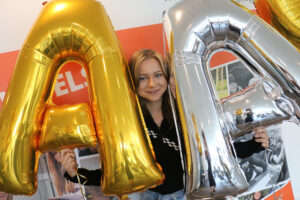 She said: “It means I can now study law at either the University of Kent or the University of Sheffield. I think I’m going to choose Kent as I was going to apply there originally. I am very happy now!
“College life has been great and my tutor Helen has supported me all the way. It was hard work in the first year but it’s been like one big family. I’m sad to leave!
“I’d say to all new students: make sure you really enjoy your subjects. It’s hard work but if you power on and think about why you’re doing all this work, you can’t go wrong.
“I’ll be meeting up with my friends later to have a good catch-up and a celebration.” 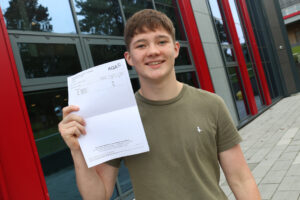 Joshua Alton-Smith, 17, from Sutton-in-Ashfield, achieved a B in biology, B in geography, and C in chemistry.
At 17-years-old, Josh is a year younger than most A-level students, having been fast-tracked at school.
He explained: “At primary school we had combined year groups and I was placed in the year above as they felt I was competent enough with my classwork. This meant I was always a year ahead in my studies.”
Josh is delighted to be going to the University of Nottingham to study environmental geo-science. He added: “I want to go into gas and oil exploration as a career and this could branch out into environmental preservation, renewable energy or nuclear. I could end up working all over the world, which is exciting.
“It’s been a roller coaster time at college; really hard work but I’ve enjoyed it and had a great experience. The hard work has definitely paid off. I’ve gained a lot of maturity by completing a year earlier so I’m very proud.” 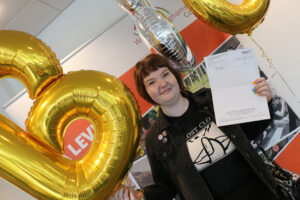 Emily Gay, 19, from Mansfield, came away with a B in English literature, B in law, C in politics and a B in her EPQ.
She said: “I really thought I’d fail but I haven’t! I’m so happy as I’ve secured a scholarship at the University of Sheffield to study English literature.”
The teenager, who has a medical condition called double-curved scoliosis, which causes curvature of the spine, added: “I call Sheffield my second home as throughout my life I’ve had several operations on my back and legs at Sheffield Children’s Hospital, as well as hospitals closer-to-home.
“I’ve had 19 years to get used to my health problems, having scoliosis and my legs are different lengths, but I just get on with things and it’s not stopped me achieving.” 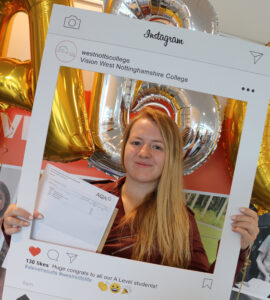 Phoebe Stirland, 18 from Edwinstowe, gained an A in history, B in English language and C in biology, capping off an “exhausting and demanding” exam period.
Rather than apply for university, Phoebe has decided to go straight into the world of work.
She said: “I’m going to begin an apprenticeship at Launay’s Restaurant and Bar in Edwinstowe to work as a chef. This all starts next week. I went there on work experience while at school and they were pleased to take me on again. I enjoy cookery and will take some skills with me that I’ve picked up. I’m pretty good at making lemon meringue pie!
“Most of my friends are going to university, but I’m really looking forward to getting into the world of work. “ 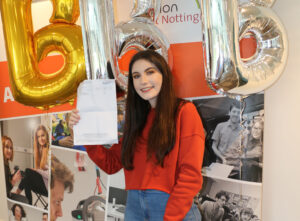 Abigail Standring, 17, from Kirkby-in-Ashfield, scored a B in sociology, B in psychology, D in maths and B in her EPQ.
She said: “I’m quite relieved the wait is over! The hard slog has paid off. I’m now going to the University of York to study sociology and would like to go on to do a masters and then a PhD.
“I’ve been well supported at West Notts and I’ve tried to support others by being a learner representative. I also enjoyed taking part in a project called ‘Discover STEM’. All of this extra-curricular activity has really boosted my confidence.”
Students were examined under the revised A-level system following national reforms in 2017, which saw the introduction of new syllabuses and final grades determined mainly by exams following the end of each two-year course. A-levels and AS-levels are now two entirely separate qualifications, with the AS no longer counting towards the full A-level.
West Nottinghamshire College offers one of the largest choices of A-levels under one roof in Mansfield. It also offers a wide range of vocational and higher education qualifications including HNDs, HNCs, foundation degrees and full honours degrees.
Anybody interested in studying at the college should call 0808 100 3626.