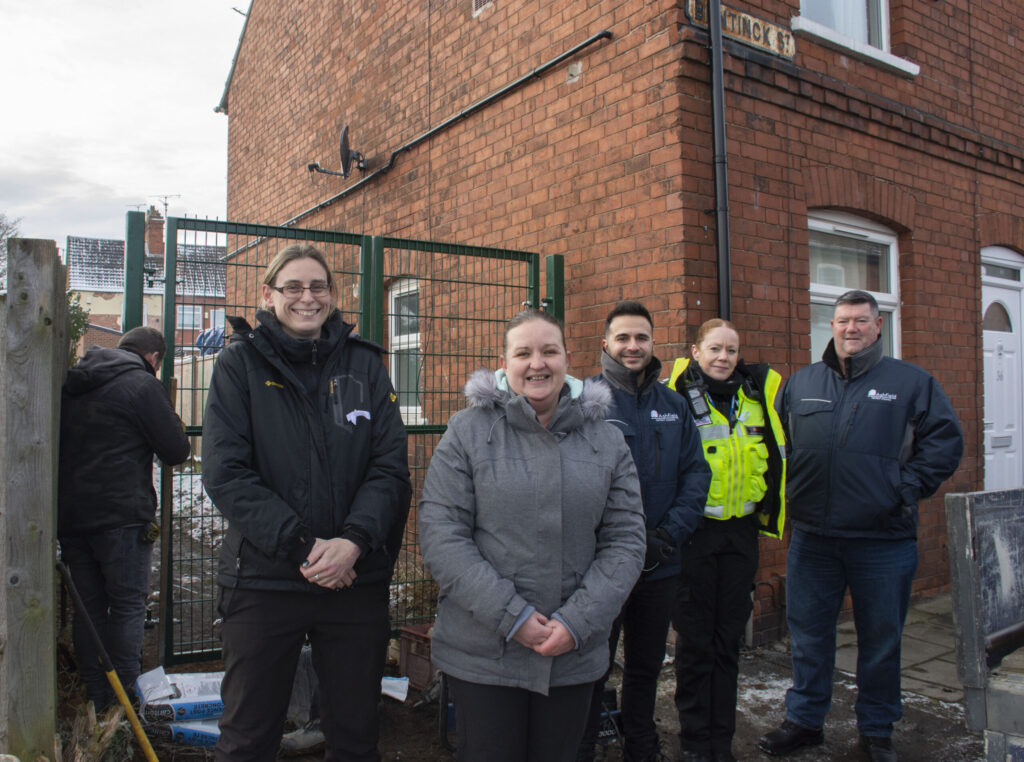 This week a well know anti-social behaviour hotspot has been gated off by Ashfield District Council.

On Monday 29th November gates were fitted to the alleyway that runs between Welbeck Street and Bentick Street in Sutton-in-Ashfield, putting an end to the anti-social behaviour that has plagued the area.

This follows CCTV that was installed back in January, following the creation of a special task force by Cllr Samantha Deakin, Councillor for Sutton Central and New Cross, to tackle Anti-Social Behaviour in the New Cross area. The Council worked with local residents, listened to their concerns and has ensured that visible action has been taken. Residents in the area can now live without the threat of anti-social behaviour on their doorsteps.

The gates have been fitted as part of the Council’s three-year Public Space Protection Order (PSPO) that came into play in October.

Cllr Samantha Deakin, Councillor for Sutton Central and New Cross, said “I have been working with residents for two years to get the alleyway on Welbeck Street gated, and I am so pleased that we finally have one in place. We know there is a lot of anti-social behaviour happening around the area and this will stop the alleyway being used as a rat run and a hot spot for anti-social behaviour.

“We want to create a District that is safe, clean and brings pride to the people that live here. We have shown time and time again that Anti-Social Behaviour will not be tolerated in Ashfield.

“We are delivering successes that residents can see, and that are having a positive impact on their lives This gating order is just part of the plans we have to make the New Cross and town centre areas safer areas to be.”