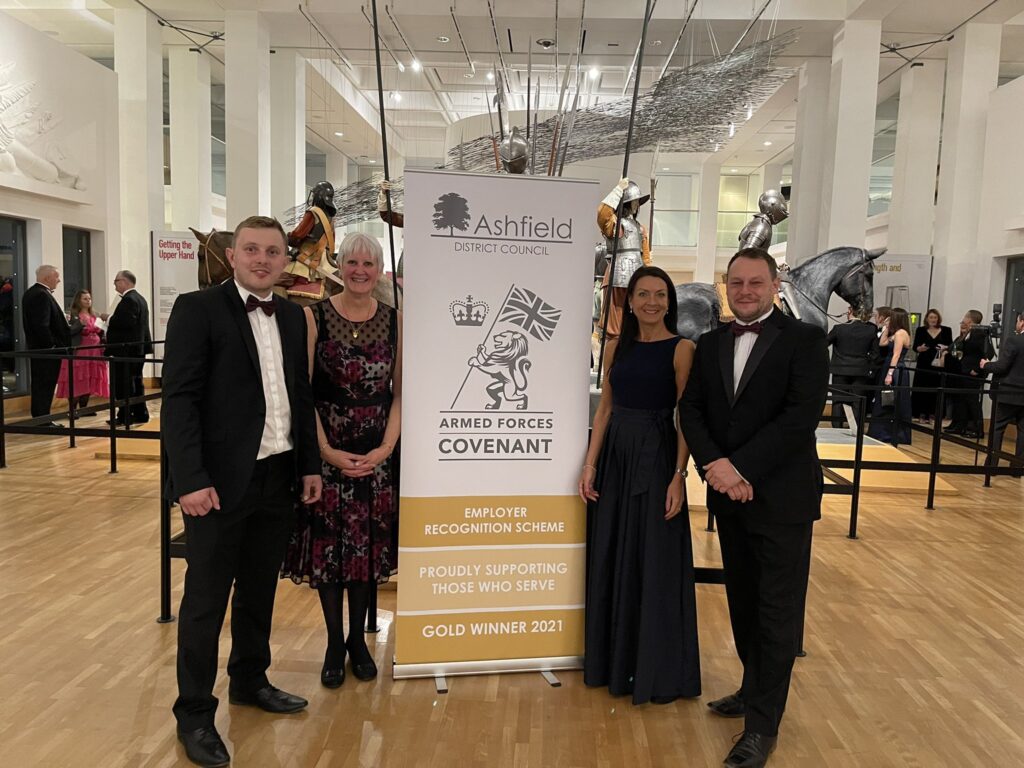 The Council was the only District Council and one of just 11 organisations in the East Midlands to have received the Employer Recognition Scheme Gold Awards last night. Cllr Tom Hollis; Cllr Jason Zadrozny; Theresa Hodgkinson, Chief Executive of the Council; and Gillian Welch, the Armed Forces Covenant Lead Officer, attended the awards ceremony at Royal Armouries in Leeds.

Representing the highest possible badge of honour, Employer Recognition Scheme Gold Awards are awarded to those that employ and support those who serve, veterans and their families.

“We will continue to be a champion of the Armed Forces and ensure that service personnel, families and veterans can access the help and support available.”

To win an award, organisations must provide 10 extra paid days leave for Reservists and have supportive HR policies in place for veterans, Reserves, and Cadet Force Adult Volunteers, as well as spouses and partners of those serving in the Armed Forces.

Additionally, Ashfield District Council has implemented a war memorial restoration plan and rolling cleaning programme, formally approved an Employing Reservists Policy and provided concessionary rates for veterans and serving personnel at all of our leisure centres.