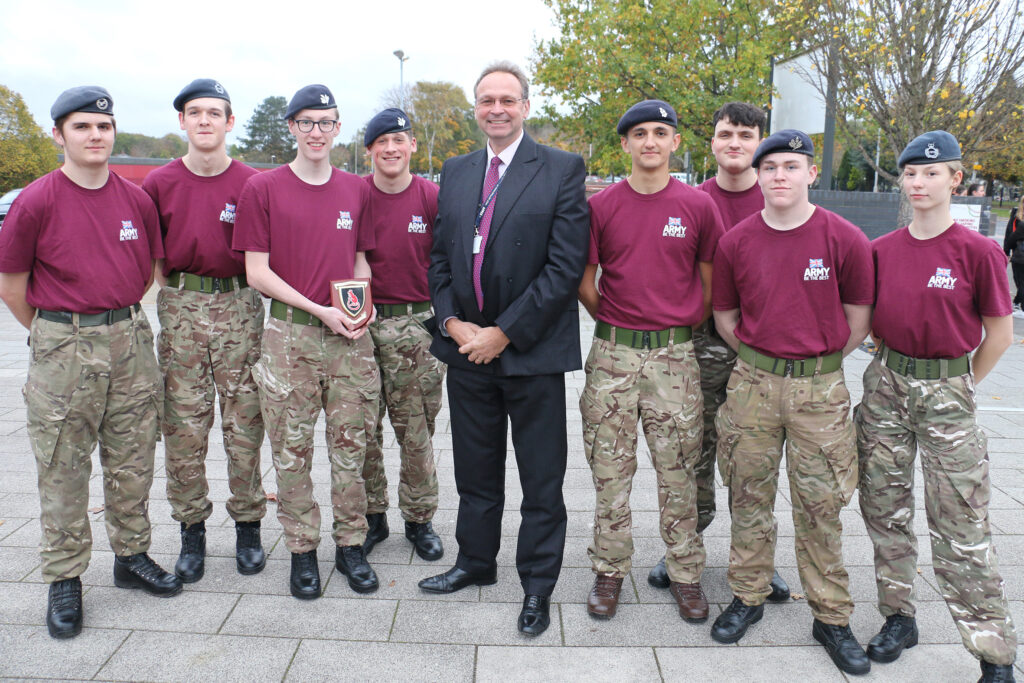 In October, a team of eight UPS students, supported by tutor and Regimental Sergeant Major Wayne Hall, took part in the Desert Rat college competition at Nottingham-based Chetwynd Barracks. They competed against five other colleges from across the East Midlands, winning the overall competition with a score of 54 points out of a possible 60.

The challenge, which was organised originally by the Desert Rats, also known as the 7th Infantry Brigade, saw patrols undergo a period of training of tactics, techniques, and procedures (TTPs). These were then applied throughout the day and tested in relevant scenarios.

Patrols were also exposed to several scenarios that tested their retention and application of knowledge they had been previously taught at college. The tests are designed to give students a taste of life in the Army and involved:

On Wednesday 2 November, the winning patrol of students presented the winners plaque to principal Andrew Cropley during a parade outside the college’s Derby Road campus.

Andrew said: “It was great to receive the Desert Rats Challenge plaque from the UPS students – what an impressive group of young people our winners are.

“They all spoke so powerfully of the support, guidance and direction they received from their teachers, especially Wayne Hall, so huge well done to them. This plaque will be prominently displayed in the college’s Derby Road reception with pride very soon.”

Programme area leader for uniformed protective services, Derek Dawkins, said: “This is an absolutely fantastic outcome for the UPS department and is testament to all of the hard work from staff and students.

“We have clearly demonstrated that we are a provider of choice for individuals who wish to serve in the uniform protective services and emergency services and look forward to hearing from young people who want to learn more about our programme of study.”