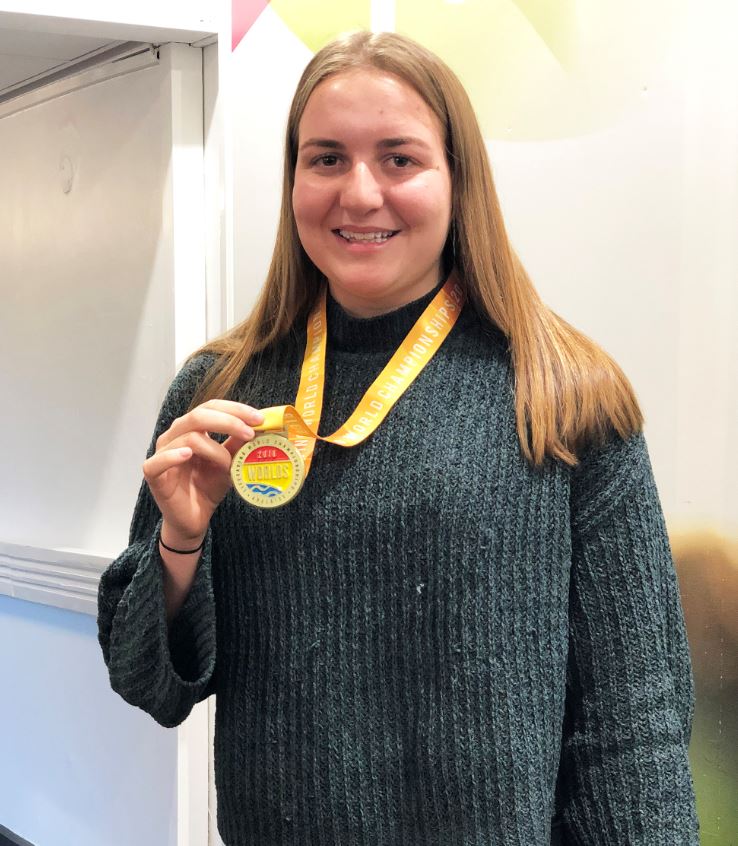 A childcare student from West Nottinghamshire College has been in deep water this winter, and has emerged a golden champion!

Ruth Moore, 16, from Retford, returned from Australia with a gold medal after she and her team won in the The Lifesaving World Championships in November.

Australia is considered to be the home of surf lifesaving and this competition attracted over 7,000 competitors from across the world. The Lifesaving World Championships take place every two years, showcasing excellence in surf sports and rescue; attracting the most talented and skilled surf sports and rescue people to compete for the title of World’s best.

The foursome, who make up Retford’s mixed youth team, won gold in the Simulated Emergency Response Competition (SERC), which is considered the premier life-saving skill event. The team had to rescue a number of people in different situations, all against the clock.

In addition, Ruth and fellow swimmer Jessica finished first in the Line Throw competition with a time of 13.26 seconds, which secured them a place in the final as well as a new British national record for the youth female team.

Their performance was matched by the male youth Line Throw team who also secured a place in the final and landed a new British national record for their age group with a time of 10.51 seconds – winning a gold medal.

Ruth said: “We all had a great time with lots of personal bests in all the events. Our club is only a small one compared to some around the world, but we feel we have put Retford and life-saving on the map and are all very proud.

“We’re so thankful to our head coach Pete Moyes and trainer Dave Morton as well as our parents who bring us to training each week.

Ruth’s tutor Melanie Stirland, said: “Ruth has done incredibly well in her competitions and it just further reflects her dedication and enthusiasm which she displays equally in the classroom. To reach this level of competing is awe-inspiring and we’re all incredibly proud.”