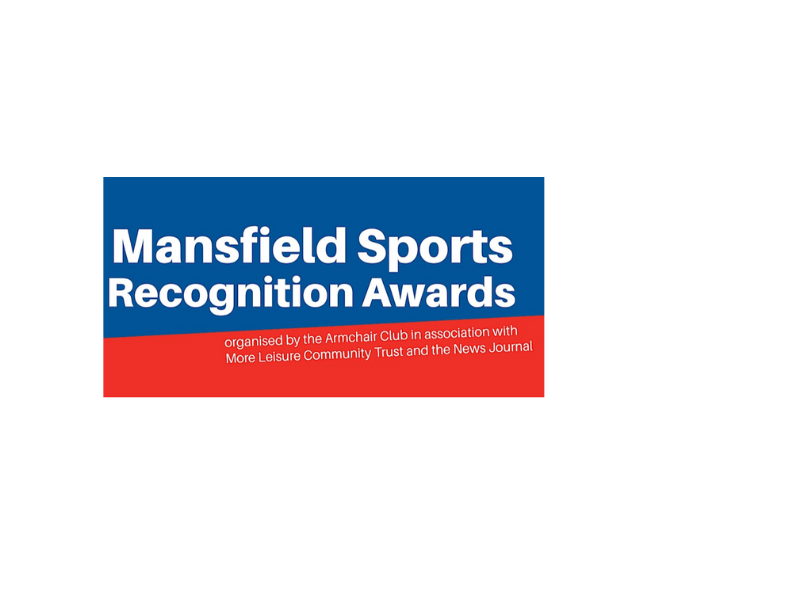 This year’s Awards are being held on Monday 5th December once again back at the Civic Centre.

Do you know a person, a team or a club deserving recognition for their sporting achievements this past twelve months? Maybe a relative or a neighbour? If you are involved in sport in any way perhaps you are aware of an individual or a team or a club that ought to be considered? If so, please consider making a nomination.

The hunt is now on to find Mansfield’s next big sporting stars to follow in the footsteps of local sport heroes, Rebecca Adlington, Ollie Hynd, Sam Hynd, Charlotte Henshaw, Ben & Tom Birchall, Elliot Clogg, and the many others who have represented Mansfield nationally and internationally winning world titles and Commonwealth and Olympic medals.

The Armchair Club, with the support of More Leisure Community Trust and the News Journal is asking for nominations for this year’s Mansfield Sports Recognition Awards.

The deadline for nominations is 5.00pm on Friday 4th November – just 4 weeks away, so please submit your nominations asap

The awards are intended to recognise and celebrate outstanding achievements by individual sports people, coaches, volunteers, teams, and clubs from our community between 1 October 2021 to 30 September 2022.

Nominations are invited for ten categories:

Further information and a nomination form to download are available here or by calling the Armchair Club on 07873 026009.

Nominees must either live (or have lived) or pursue their sport within the District of Mansfield.

Tickets which are FREE can be had from Eventbrite: Tickets