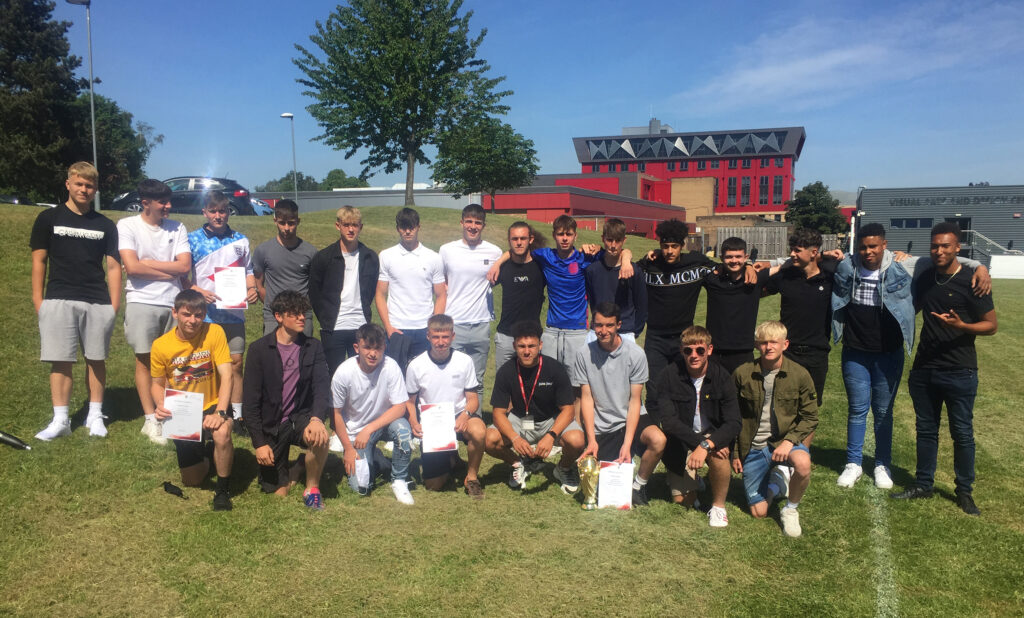 A Derby County Football Club player has been to congratulate sport diploma students for their year of success at West Nottinghamshire College.
Lee Buchanan, left back player for the first team, joined the BTEC National Foundation Diploma in Sport – Mansfield Town Performance Football students for their end-of-year awards celebration. He presented the group with a number of achievement awards – both fun-based and professional achievement-based and took part in a question and answer session.
Students on the performance programme split their time between the college’s Derby Road campus, where they study on a range of academic modules, and the football club’s Radford and Hymas Academy in Pleasley where they undertake physical training and education.
In addition, the group travel to all areas of the country to take part in matches and next year their success will see them playing in the top league possible for performance programmes – the Midlands Premier Division in the National Football Youth League. 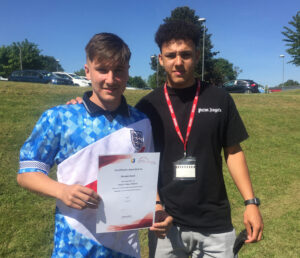 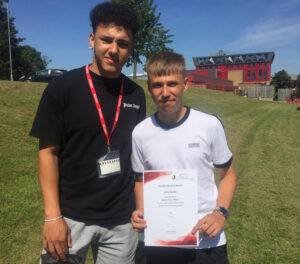 Team coaches Jack Hawkins and Keiran Coupe joined the celebrations which were held in the college’s Create Theatre. They awarded the coach’s player award to Lewis Neville. Lewis was nominated for his incredible hard work and for displaying clinical passing and positioning. His efforts in both training and matches have led him to being nominated for England School Boys’ trials.
The Player’s Player award went to Morgan Boyle. Morgan was voted the award by his peers for his excellent skill, blinding pace and deadly shot which is admired by students across the programme.
George Hardwick was awarded the Academic Excellence award. George not only achieved D* overall this year, but achieved full marks for every assignment set – all without a single re-submission. George’s hard-working ethos and exceptionally high standards led to a unanimous nomination for this award.
Andrew Sargent scooped the College Values award. Andrew is first to put himself forward for most things – representing the programme with the utmost professionalism. Andrew is always very respectful, demonstrates strong integrity, maintain high expectations for both himself and those around him, and holds responsibility for his work. 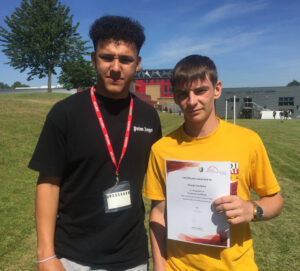 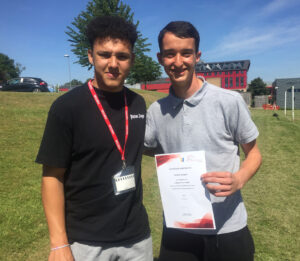 Some of the fun awards given out at the ceremony included ‘Long Shot Lover’, the ‘Big Brother Award’ and the ‘Mr Showboat’ award.
Lee, 20, who was raised in Mansfield, said: “The lads seem to get on really well together and are a really lively bunch. They’ve clearly got a lot of skills being worked on for their professional careers. It really is down to keeping up with the hard work and being determined in your approach to studies and training.”
FE sport programme area leader Chris Fraser said: “This is the first year that the college and Mansfield Town have united to run this programme. The students are an asset to the college, committing to an intense education and training programme all whilst maintaining the college values.
“The development of football from the start of the year has been far beyond the expectations of any due to the expert and supportive guidance of the Mansfield Town FC staff. The friendships that have developed from this programme will be lasting as the students not only study together, but train and compete as one.”
All students will be returning next academic year for their second year of the programme. They will also be playing in the top league possible for performance programmes – the Midlands Premier Division in the National Football Youth League.