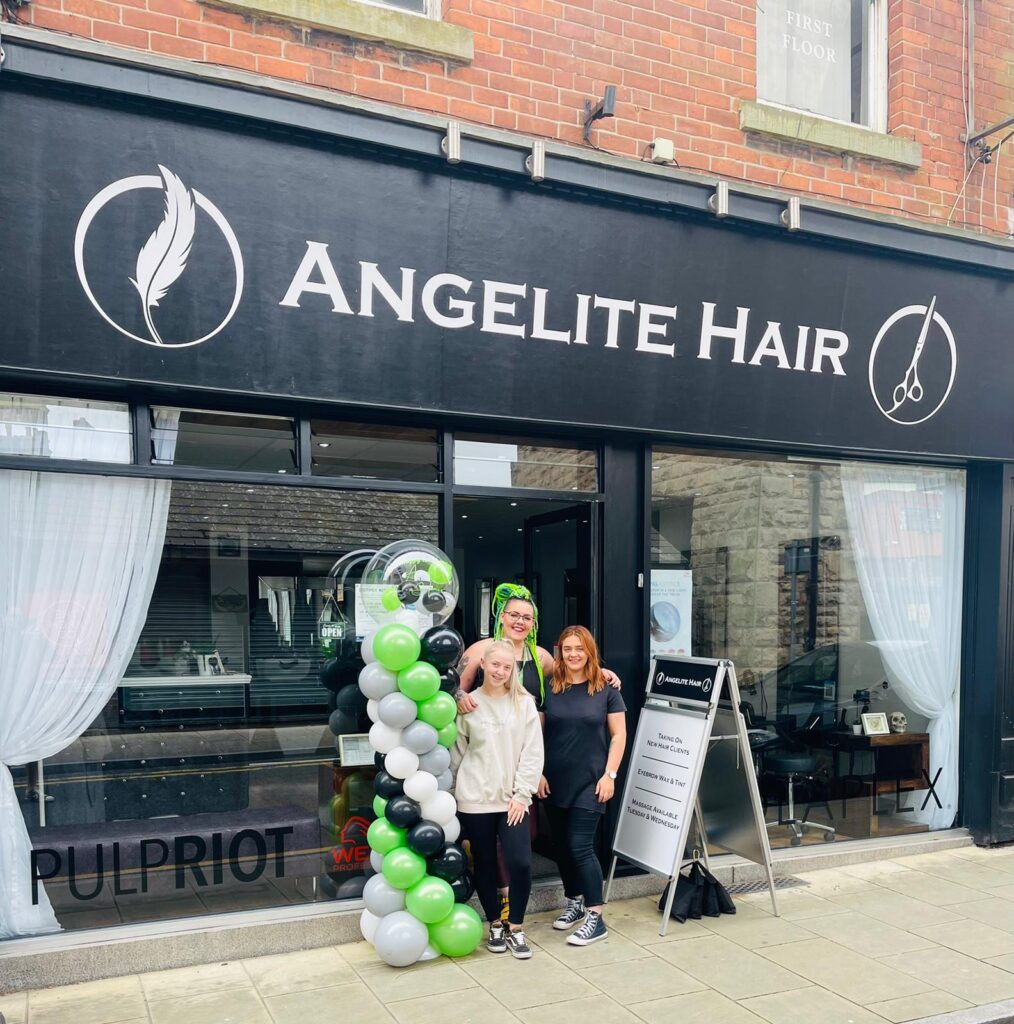 When hairdresser Sophia Barlow opened her new salon in Mansfield in July last year, she could not have chosen a worse time.
Due to the COVID 19 pandemic, lockdowns and restrictions were put in place and the 34-year-old had taken on new premises in White Hart Street.
Fast forward exactly a year and after a lot of hard work and patience, Angelite Hair now has eight hairdressers and around 300 regular clients.
It’s a success story so far for Sophia, who only two years ago lost her dad.

She said: “I thought it was time to do something or I never would, and I believe my dad has helped to guide me. But I cannot get over just how supportive Mansfield people have been.
“I’ve been a hairdresser for 20 years, and the salon is a new venture and people could not have been more supportive. From clients and businesspeople to those who simply know me from the gym, it’s been amazing.”

Sophia is a believer in the power of crystals, and Angelite is named after a mineral.
Sophia set up the salon to offer a safe place for people. It’s about hair, and often alternative styles, but it’s a place designed for people to be themselves, whoever they are, while at the same time providing a highly professional service.

Nikki Rolls, chief executive at Mansfield Business Improvement District, said: “When you have the drive and the vision, you can achieve anything – particularly when you have great support.
“It’s been great to see Sophia get her salon up and running and offer somewhere different for people in the Mansfield area.”

Sophia’s business is at the bottom of White Hart Street, near Equus and opposite Casey’s Cafe bar.