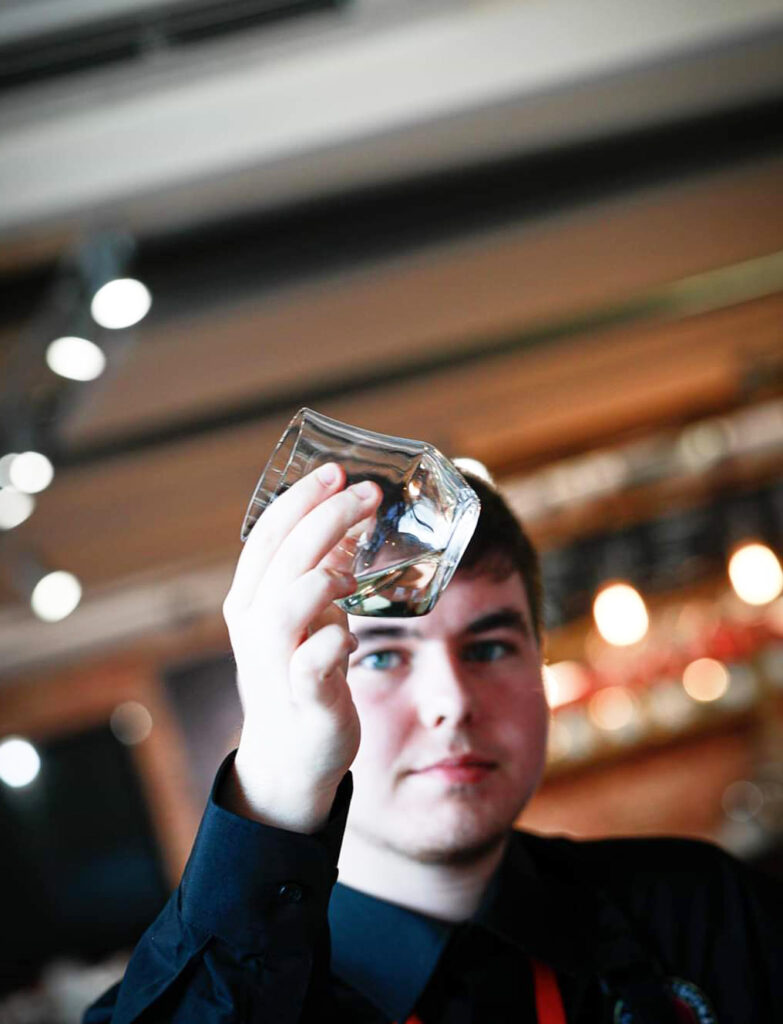 A hospitality student at West Nottinghamshire College is being applauded once more after succeeding at the national heats of a prestigious catering competition.
Patrick Murray, 19, of Selston, discovered that he will be competing in the national grand finals of the Nestlé Professional Toque D’Or college competitions following his top skills at the heats in London.
Patrick won a place in the initial heats following his creation of a vegan version of an Irish coffee, using coconut milk. His creation impressed the Toque D’Or judging panel and he was put under the spotlight again at Nestlé’s headquarters based at Gatwick Airport, London.
The Nestlé Professional Toque D’Or college competitions began in 1989. It is a highly-prestigious catering competition and is unique for focusing on both chef and front of house, students and apprentices.
His latest challenge in London saw him competing in the front of house category where he had to set and serve a table for two diners, working with a competitor from another college who was the chef cooking the meals.
Patrick was asked to present the diners with wine and describe why it went well with the meal and describe the dishes they were being served. He had to check if the diners had any allergens and intolerances, and then prepare two after dinner cocktails.
Patrick said: “All of the competitors were really nervous at first, but we were soon put at ease during a masterclass before the competitions. The class went through the importance of food labelling as well as how to choose and describe wines, cocktails and gins to diners.
“I felt really confident by the end of the competition and I was praised for my cocktail serving and preparation and my diner even took a photograph of it.”
Patrick’s front of house trainer Lee Coupe went to the competition to support him on the day. He said: “Patrick did absolutely brilliantly to reach the final six in his category after 700 people applied.
“His rapport and communication with the diners really shone out and this is definitely something which the judges look out for. We’re all really proud of him reaching the grand finals and will be cheering him on once again when he competes.”
In the lead-up to the grand finals this spring, all competitors have been given a social media challenge. Each week until the finals, Nestlé will be asking them to upload a photograph or video to Instagram based on a theme. The digital challenge is designed to help them establish their social media presence for their future careers.