Remembrance Day parade is a successful first for college 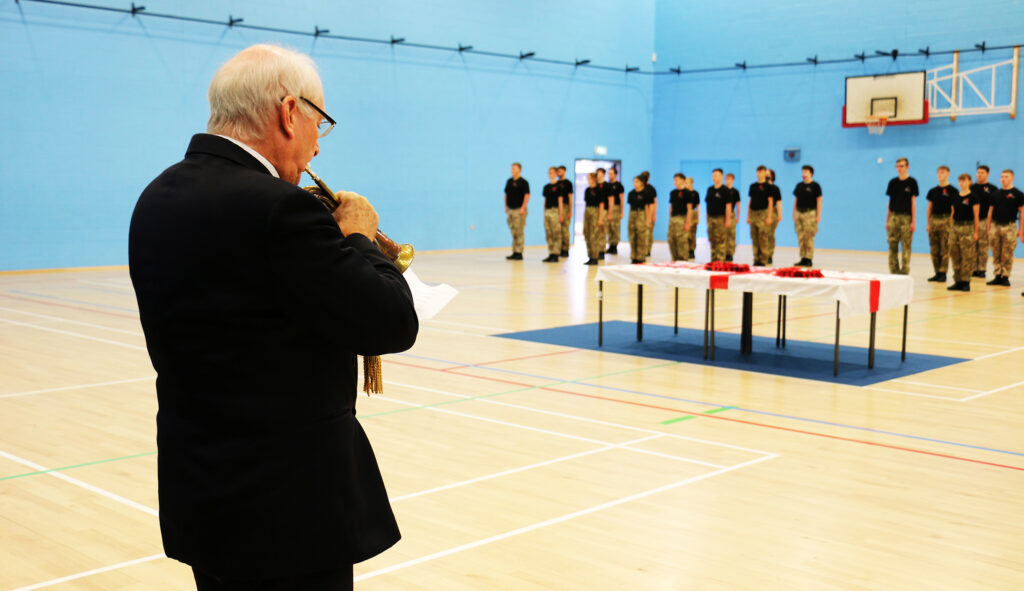 West Nottinghamshire College hosted a Remembrance Day service with a difference as they held the first formal parade, organised by the uniformed protective services (UPS) curriculum. 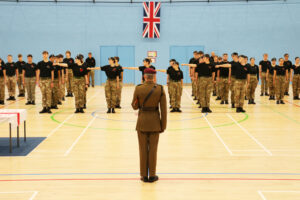 Almost 90 students who are studying on UPS courses, with aspirations of taking up careers in the Army, Royal Air Force, Royal Navy, the police force and fire service, welcomed VIP guests and staff to the college’s sports hall for the annual Remembrance Day service on Thursday (11 November).

Supported by UPS staff, some of whom are ex-military, the first parade in the history of the college saw an honour guard march led by student Teri-Ann Birkin. This was followed by readings delivered by students which included For The Fallen by Laurence Binyon.

Attendees were able to see the witness students carrying out specific drill movements which they had researched since their arrival at the college in September 2021. These individuals were made up of Level 1, 2 and 3 students and were led by their tutor – Wayne Hall, Ex-Regimental Sergeant Major Royal Engineers.

The Reveille and Last Post was played by Salvation Army bugler Keith Lawson and was followed by two minutes’ silence. The parade and service was live-streamed on YouTube to enable all staff and students from the college to take part.

Guests were able to speak to students and staff after the service as well as purchase poppies which UPS students have been selling across the college as well as in local supermarkets such as Tesco. 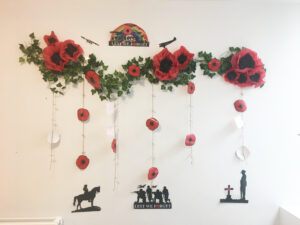 A-Level achievement coach Rachelle Bragg created a Remembrance Wall in the canteen area at the Chesterfield Road campus, where students could write messages of thanks, gratitude and acknowledgement. She also laid a wreath at the war memorial at Mansfield Civic Centre on behalf of staff and students at the campus.

Rachelle said: “After the pandemic and not being able to observe memorial days in the traditional way, I thought I would take it upon myself this year to ensure students at Chesterfield Road observed Remembrance together with a modern twist. I created a remembrance wall for students to leave messages if they wish, to remember those past and present, to give thanks or gratitude or to remember a loved one.”

Programme area leader for UPS, Derek Dawkins, said: “Myself and the uniformed protective service department were very proud to be able to organise such a fitting and poignant event such as this for the first time and on behalf of the college. We very much appreciate and respect the positive feedback we have had from staff, students and guests.

“In the future we intend to celebrate the Queen’s Birthday, Armed Forces Day and there will be further details to follow. In addition our Honour Guard are developing a specific ceremonial drill display which will be delivered to staff and students. 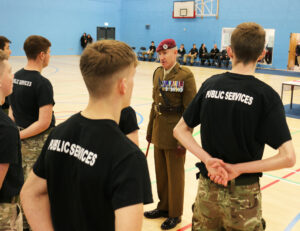 “It was wonderful to see the faces of our students at the ceremony. They really appreciated the importance of the event and it’s galvanised their ideas about serving in the uniformed protective services. These students now have a fuller appreciation of the demands of the role; how important it is to work as part of a team, and to represent the public.”

Principal and chief executive Andrew Cropley said: “On such an important occasion where we remember and pay tribute to those who have made the ultimate sacrifice to preserve our freedoms and way of life, it was hugely rewarding to see our uniformed protective services students parade so very well under the excellent leadership of their teaching team.

“The staff brought their many years of service experience to bear in creating a perfectly-pitched event, and the students responded with a faultless display of drill. I could not have been prouder. It was also very gratifying to see other colleagues who, like me, have military service backgrounds joining the parade and donning their medals. I’m very pleased that we are able to offer second careers to so many veterans.”