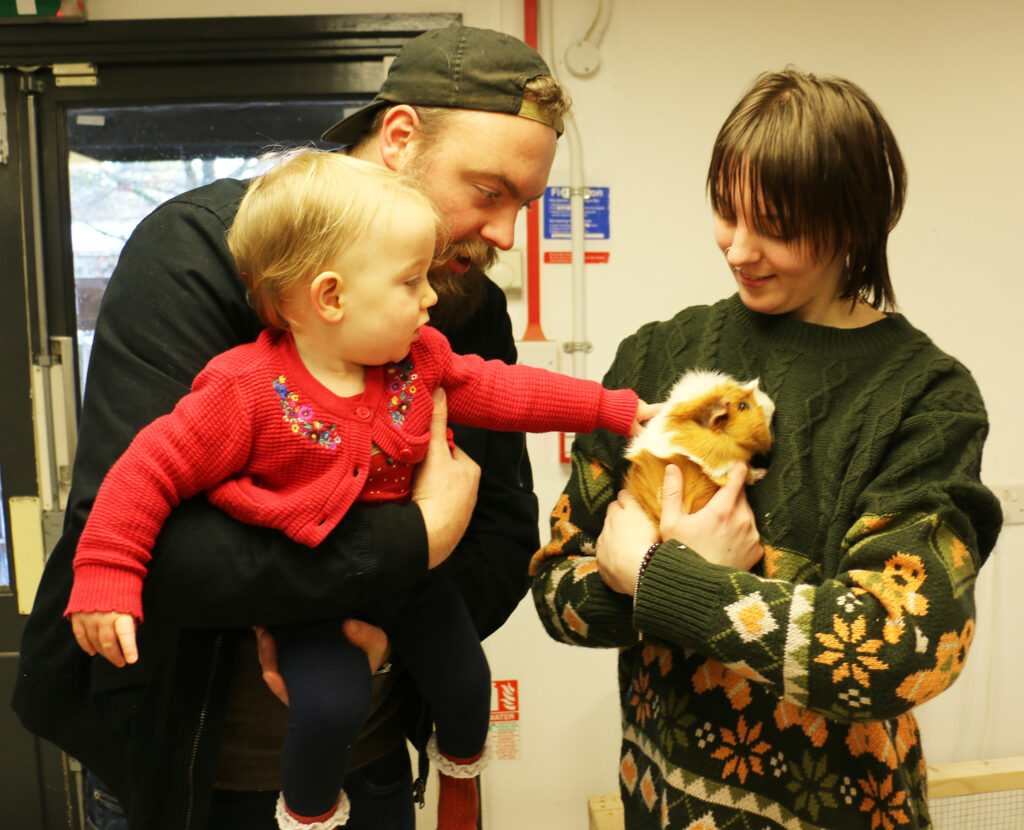 Youngsters joined West Nottinghamshire College’s animal care unit at the weekend for some fundraising, festive cheer, while discovering how the students care for its diverse range of creatures.

Students on the Level 3, year 2 Animal Care programme welcomed members of staff’s children on a special tour of the unit on Saturday (17 December), where they could handle animals such as rabbits, guinea pigs, chinchillas, snakes, bearded dragons and more.

For a small donation, families were able to sit in the festive grotto and pose for photographs with their favourite animals and then learn more about the animals’ habitats, nutrition and care, thanks to the students, who are studying to go on to work with animals in vets’ surgeries, kennels, farm parks or to go on to university for higher education.

Students were on-hand to introduce the children to the different rooms in which the animals live, describing how they are cared for, what they like to eat and how to maintain their habitats, which are all part of their studies at the college.

Meanwhile, the Christmas grotto was open for parents to take their children for photographs cuddling the animals. And it wasn’t just the furry creatures who were handled. The children were introduced to a range of reptiles such as the bearded dragons, corn snake, uromastyx and geckos.

Parents and children could purchase greetings cards featuring the animals in their festive settings, with donations all going to the Jerry Green Dog Rescue centre based in Blidworth. A total of £84.52 was raised through card sales and donations.

Animal care teacher Francesca Hammond said: “The students wanted to do some fundraising for local dog rescue Jerry Greens, and after some brainstorming we decided to run an open day of the unit and showcase some of our awesome animals!

“Their qualification is technically demanding so the fun of imparting some of their knowledge onto the younger generation was really rewarding for them. I am incredibly proud of them all. Moving forward we are looking at doing numerous other open events at the animal unit and opening it up to more people.”