Shining the light on mental health 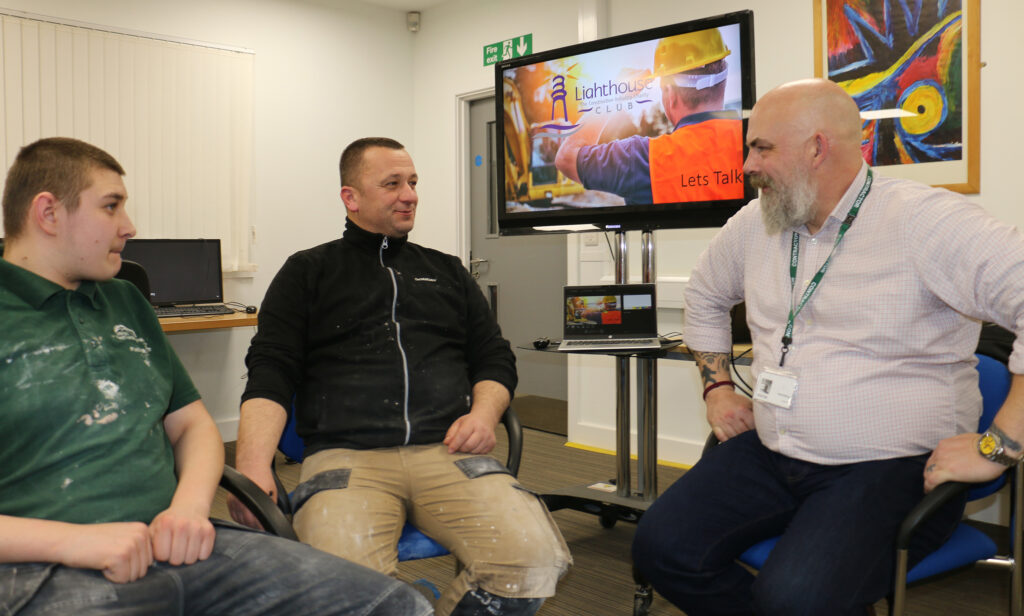 Reaching out to offer mental health support to people in the construction industry was the main focus at West Nottinghamshire College last week.

On Wednesday (23 February), students at the Kirkby-in-Ashfield-based construction campus welcomed Andy Bishop from The Lighthouse Group, a charity which provides emotional, physical and financial wellbeing support to construction workers and their families.

Throughout the day, Andy, a support worker for the charity, addressed over 100 students, speaking about the work that the charity does since it was founded in 1956. Andy also detailed his own personal battle with mental health, beginning when he was serving as a soldier in the army.

Andy explained to the group how he had bottled-up his depression until he had a breakdown. During his time serving in the armed forces he was diagnosed with anxiety, depression and bipolar disorder.

Andy covered the general assumption that men don’t get depressed. In such areas like construction where there’s a high concentration of males, figures show otherwise, with two construction workers each day taking their own lives. Statistics also reveal that males working in the construction sector in the UK are three times more likely to die by suicide.

His presentation looked at the general stigma which is attached to mental health in men and that talking to friends or colleagues is a good starting point to addressing the signs of depression. Students were involved in a question and answer session about how people can support one another and how to recognise signs of mood or habit changes which could indicate depression.

Plastering student Fatos Ramaj, 42, from Nottingham, said: “It’s very important to take what Andy has spoken about on board. I would always be open to helping someone needing support either at college or in the workplace. It’s very important for people to have someone to talk to and not feel like they have to hide their feelings.”

The Lighthouse Group will be engaging with the college on a rolling basis, offering mental health awareness and bespoke support plans for ‘at risk’ groups under the organisation’s Changing Future Cultures project.

Vicky Swallow, early intervention co-ordinator for the college’s welfare team, said: “Lighthouse Club are an amazing organisation dedicated to spreading awareness for mental health support in the construction industry. It’s incredibly important to us to give opportunities like this to our students to gain a better understanding of mental health but also to try to remove the stigma around conversations about mental health.

“I hope that Andy’s personal story and his sessions open more conversations amongst staff and students alike, encouraging us all to check in with each other and choose kindness. Lighthouse Club have a great website and a free app for all those who wish to learn more and access the support.”