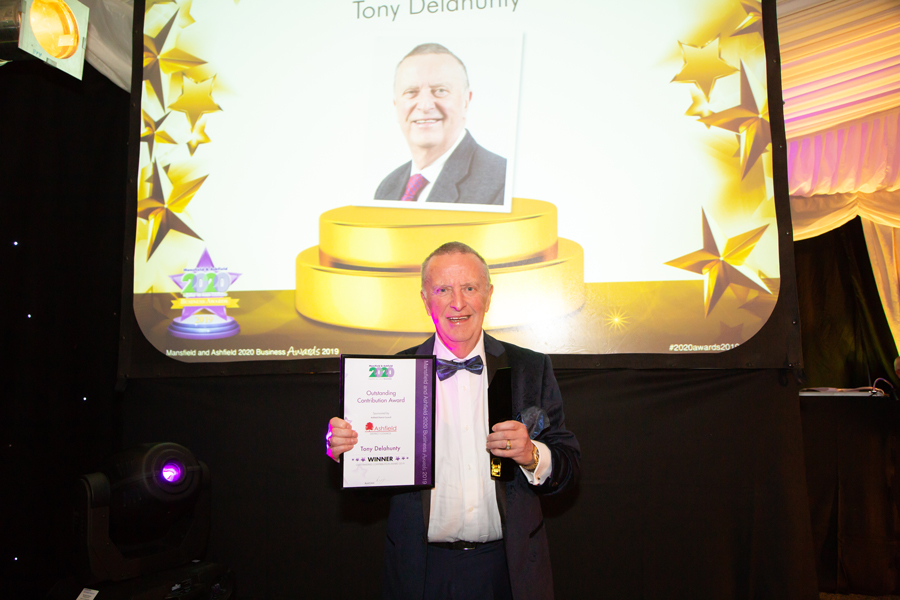 The News Journal reports that:
Mansfield 103.2 managing director Tony Delahunty has been awarded a prestigious honour by the Radio Academy.
It was announced at the industry’s Radio Festival that he was to join a select group of UK broadcasters by becoming an honorary fellow.
Tony was surprised on a Zoom call by the Radio Academy’s CEO, John Dash, at this year’s event, which took place virtually due to the coronavirus pandemic.
Tony, who has worked at Mansfield 103.2 since its launch in 1999, has had a long and illustrious career in radio.
Originally from Merseyside, he has worked for many stations including LBC, Radio Trent, Pennine Radio and also at the BBC.
Beginning his career as a pioneering sports journalist, he has worked across the world and is well known for his career defining and harrowing live broadcasts at both the Bradford and Hillsborough disasters.
Tony has gone on to teach journalism in many places, including Derby University, and has always championed new talent, along the way giving many people their first chances in the profession.
Now in his mid-70s, he continues to broadcast on a daily basis at Mansfield 103.2 and remains fiercely committed to local radio and journalism in all its forms.
← Back to Business News