The 2022 Business Award Winners have been announced 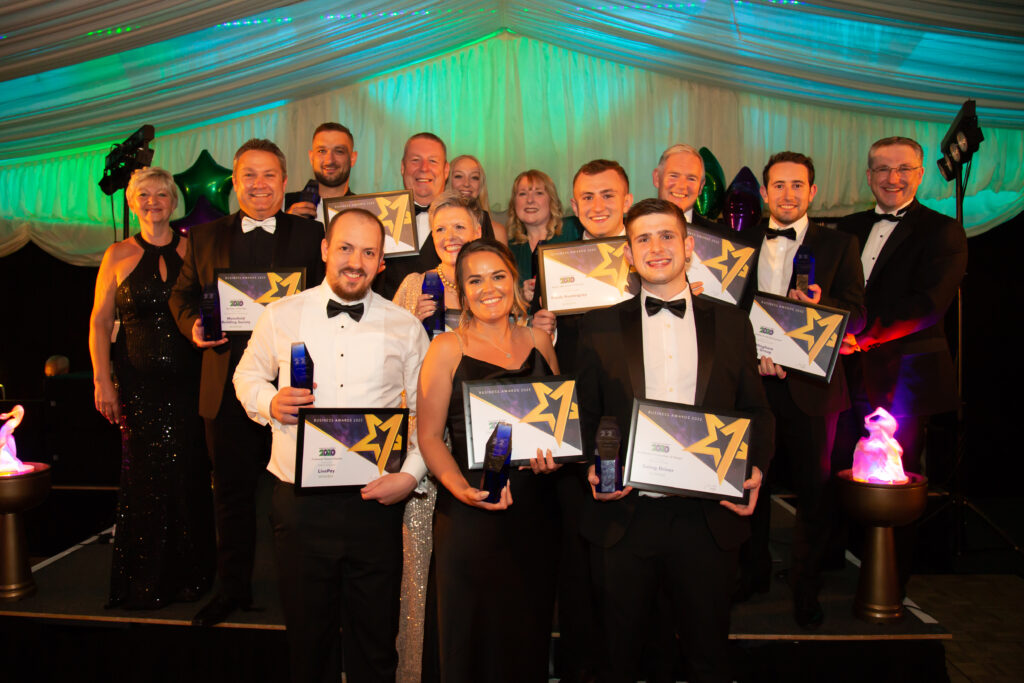 The best in the business have been celebrated at the Ashfield and Mansfield 2020 awards.

Hundreds of people gathered in their finest gowns and dickie bows for the prestigious ceremony, which was held at the John Fretwell Sporting Complex, Sookholme.

Guests mingled first before sitting down to a three-course dinner — and were able to talk about business matters and other subjects as they networked while eating.

Then the awards started, with Jane Box, chair of Mansfield and Ashfield 2020, and Coun Matthew Relf, from Ashfield District Council, introducing the awards, which had seen a high number of entries submitted. Finalists waited on the edge of their seats to hear the winners announced, and the first was the Commitment to the Community Award, which was won by Mansfield 103.2, with a highly commended accolade going to The Musketeers.

The Charity of the Year gong went to The Lashes Foundation, while Hetty’s received the highly commended accolade. Emma Wilson, of The Lashes Foundation, said: “It’s phenomenal to get the recognition for the work that goes into what The Lashes Foundation does, but it was also bittersweet, of course.” Set up in memory of Emma and Lee Wilson’s daughter, Evie, the foundation is not tied to a specific cause and has, so far, presented more than 40 grants to different people and organisations.

There were two winners of the Apprentice of the Year Award — Asha Farrell and Frank Hemingray, while both Freya Roberts and Thomas Kingston were highly commended.

One of the top awards of the night was Business of the Year, and Mansfield Building Society was successful in taking the title. Richard Crisp, commercial development executive, said: “We continue to work incredibly hard to make sure we meet the changing needs of our current and future members. Last year, we were able to invest in our town centre head office and our online savings platform, whilst growing our mortgage assets by 4.6 per cent ‘

“However, aside from our financial success, we continue to put people first, whether it’s our savers, borrowers, colleagues or the local community. To receive this recognition, against competition from some amazing local businesses really is a great honour.”

Plastek UK Ltd were also recognised as a highly commended finalist after the judges announced that the scoring in this category had been very close.

The final award of the night, and one of the most coveted, was the Outstanding Contribution to Mansfield and Ashfield Award. This was presented to Richard Fuller, of County Battery Services, Kirkby. Richard has done a tremendous amount for local organisations, particularly those aimed at helping young people, and has raised more than £35,000 for Portland College, which provides people with disabilities with positive futures through education, care, and employability support.

“I feel fantastic for winning it, but I don’t think I’ve done enough to deserve it. I feel really honoured,” he said. Richard says that the Ashfield and Mansfield area has a community feel to it, which has helped him and his business.

Ella McManus, operations Director at 2020, commented: “It was amazing to see so many people celebrating so many varied organisations in our area. “This evening was a chance to show off what people in Ashfield and Mansfield can do, and are doing, to put the area on the map for all the right reasons. Well done, not only to the winners, but also to the finalists.”