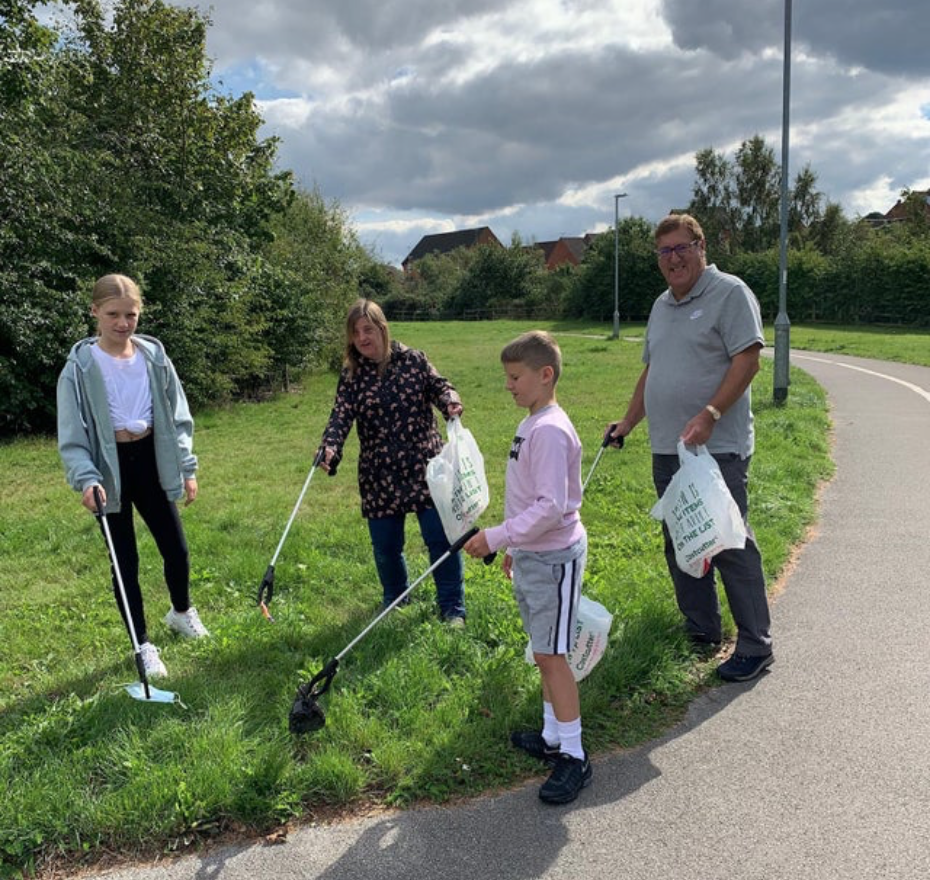 One Mansfield businessman is so impressed with the Mansfield Rotary Club litter-picking campaign that he has made a generous offer of support.
Graham Kirk, of Mansfield Garage Doors, has pledged that his company will take three litter-picking tools and clear litter five doors either side of homes/site visits they make from 28th May to 13th June.
He said: “The campaign seems to be gaining momentum!”
Mansfield Rotary Club’s Just Bin It campaign to clean-up our neighbourhood is making a real difference.
More than 320 people have been given litter-pick tools by the club and regularly clear rubbish and litter from parks, roadsides, pavements, schools and more.
The project has been so successful that Warsop and Shirebrook; Kirkby; and Sutton Rotary Clubs are to set up similar schemes.
Now Mansfield Rotarians are urging their volunteers to take part in the Great British Spring Clean, being organised by the Keep Britain Tidy Group until 13th June.
Mansfield Rotary Club is asking people to commit to a litter pick near their home and post photographs of their work to social media, referencing Mansfield Rotary Club’s campaign, to encourage others to come forward.
The volunteers are also being asked to join one of the litter picks being organised by local ‘friends’ groups across the area associated with local parks.
Get your free litter-pick tool at mansfieldrotary/just-bin-it