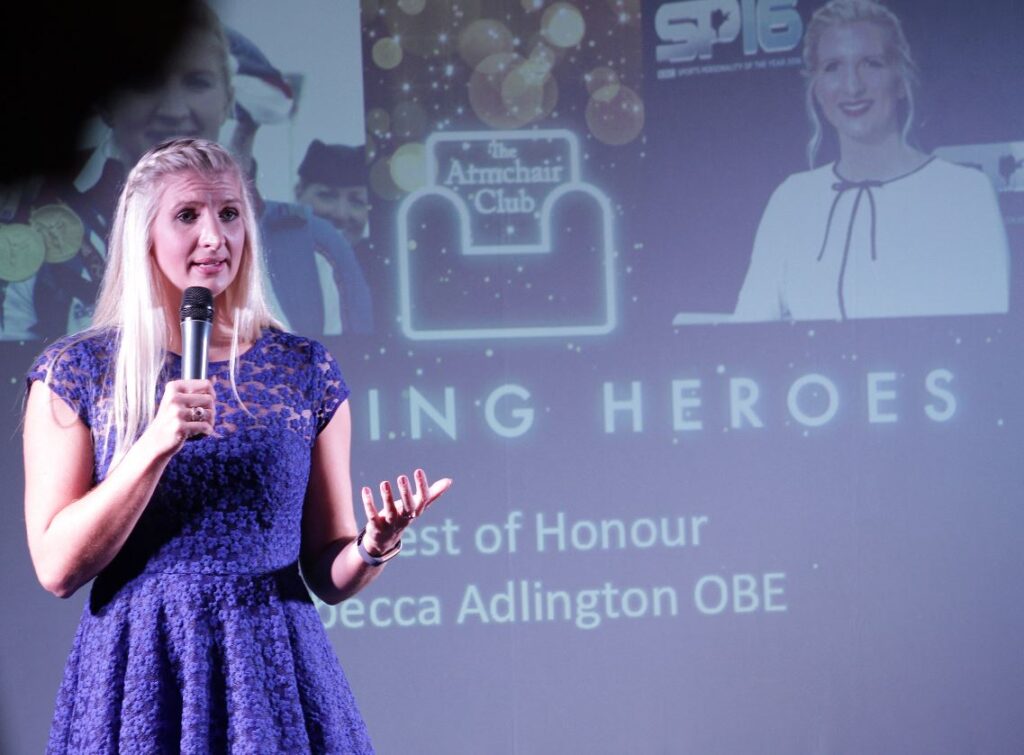 On Thursday October 11th a packed Civic Quarter enjoyed ‘The Sporting Heroes Ball’, a dazzling multi-media celebration of Mansfield’s Armchair Club and all the local sports people and clubs it has supported over the 36 years since its launch in 1982. Since inception the Armchair Club has given over £210,000 to dozens of local able-bodied and disabled sportspeople, some who’ve gone on to national and international prominence, others who just needed financial support to purchase their next piece of kit to compete at a local level. 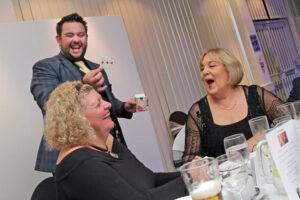 Local Broadcasting success stories and event hosts Katie Trinder and Stewart Nicholson interviewed Armchair Club Joint founder Stewart Rickersey who talked about how the club’s original objectives were to provide financial support for the ailing Mansfield Town FC, that then developed into providing financial support for the wider local sporting community, particularly young people. He told the audience he is still astounded as to how successful the club has been since those early humble objectives and that to our knowledge there’s nothing like the Armchair Club across the UK and that Mansfield should by very proud as a result.
As well as MTFC, the list of grant recipients over the years reads like a ‘who’s who’ of local sporting heroes, Ollie and Sam Hyde, Freya Christie, Charlotte Henshall, Bailey Lowe, Chris Adcock, Oliver Wilson, Ross Lamb, Jordan Boulton, Ethan Davies, Luke Duffy, Tom & Ben Birchall, Elliot Clogg and Becky Adlington, together with countless local sports clubs. 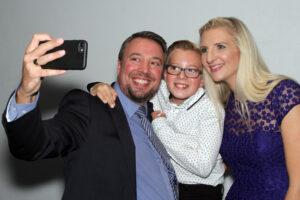 Armchair guests Paul Collins and his son Jared of Sutton Swimming Club, enjoy a selfie with Becky after the event.

Britain’s most successful female swimmer, double Olympic gold medallist and local girl Becky Adlington wowed the audience as the guest of honour and much to their delight she shared many inside stories about her journey to Olympic success. She was supported during the evening by Commonwealth Games double silver medallist swimmer Elliot Clogg, who was interviewed on stage. Together with a video message from world champion motorcyclists Ben and Tom Birchall who were away competing.
All these sports stars stated how vital the support from the Armchair Club has been to helping them achieve their sporting objectives over the years, not just for the financial support they received, but to know that there is massive formal support and goodwill for them from the Mansfield community in the form of the Armchair Club and that we shouldn’t underestimate the very positive influence this has had on them.

Grants are available to young sports people and clubs who are based in the Mansfield and Ashfield area and the club’s contact details can be found on the Armchair Club website www.armchairclub.org.