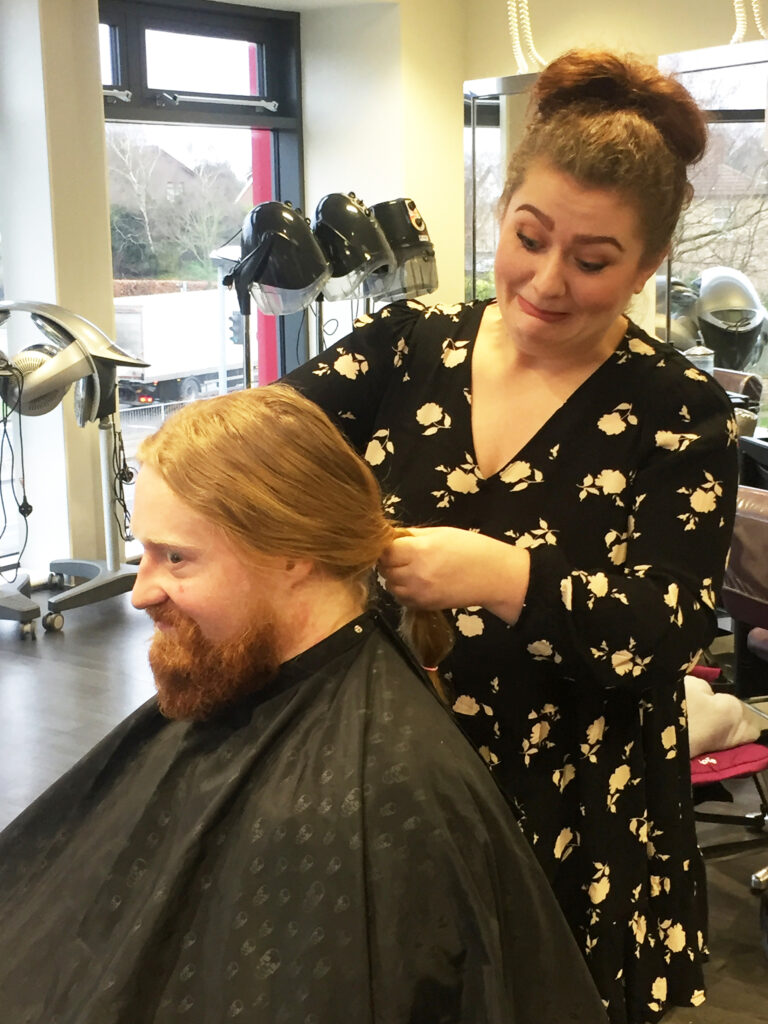 West Nottinghamshire College’s Revive hair salon was the venue for the second time this month for a charity fundraising initiative.
Joel Martin, from Langwith, was the second person to undergo a head shave, following college
employee Andrew Spencer’s recent act of kindness. 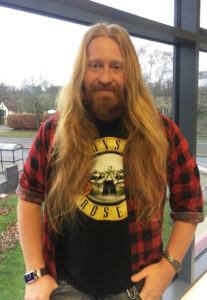 Joel, who is a former hospitality and catering student at the college, took the plunge and waved goodbye to his crowning glory on Friday (24 January), all in the name of well-known charity – The Little Princess Trust.
The 27-year-old, who works as an assistant technician officer in the sterile services team at The Sherwood Forest Hospitals NHS Foundation Trust, has spent the last four years growing his hair long, purely for this kind-hearted initiative.
The big chop was watched by Joel’s mum, dad, sister, cousin, god daughter, uncle, auntie and girlfriend. Student stylist Liam Ounsworth carefully cut off Joel’s plaited hair and shaved it into a cropped style and then moved on to shaving off his beard which he has sported for a number of years.
In his free time, Joel, a keen motorcyclist, enjoys taking part in the Nottinghamshire Blood Bikes Christmas toy run, which presents gifts to children who are spending Christmas on the children’s ward at the Sutton-in-Ashfield-based hospital.
Joel said: “I was a little nervous this morning but because I know this is going towards a good cause I felt happy. I’ve always wanted to do it. When Elizabeth began cutting my hair it was strange – it hurt a bit as she was pulling it!
“I like the final style, it was nerve-wracking having the beard shaved off as it’s been six years since I’ve seen my chin.
Partner Elizabeth said: “I think he looks completely different to what I thought he would. When I first met him he had really long hair. It’s the first time I’ve seen him with short hair and no beard – I’m really proud of him.”
As well as the hair donation to The Little Princess Trust, Joel is close to raising £400 which he will be forwarding to the charity.