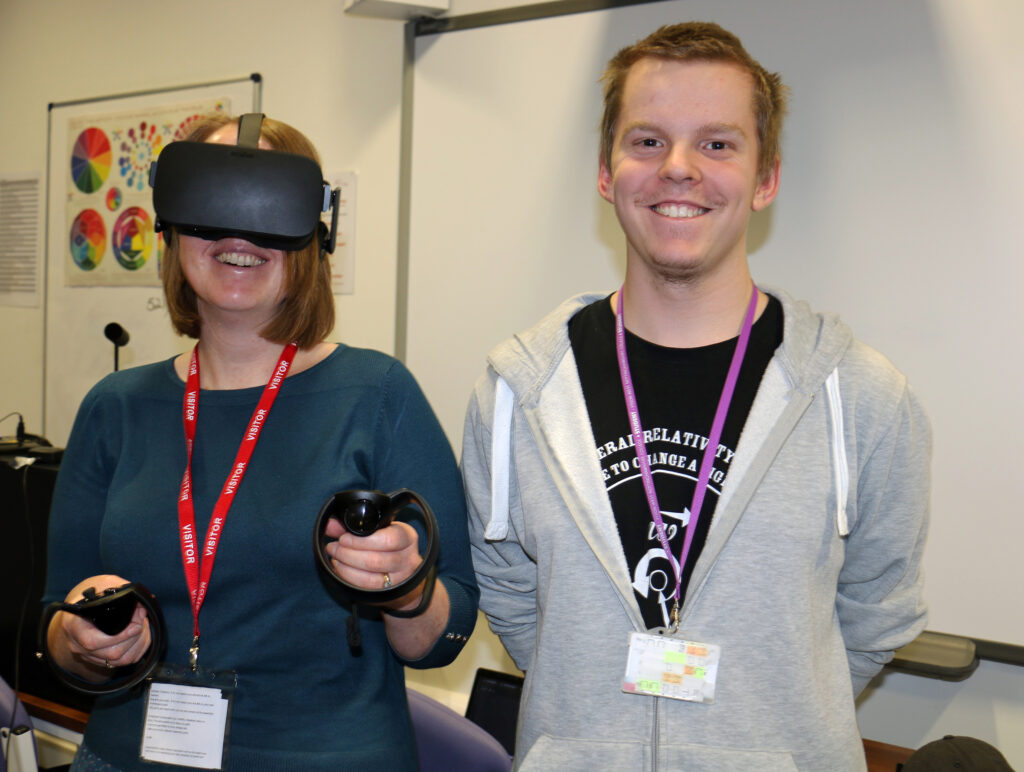 From creating a virtual reality chemistry lesson to looking into the future of British farming post-Brexit, these were just a couple of the projects being researched by students at West Nottinghamshire College.

A Level students have been showcasing their research and presentation skills as part of their academic studies through the The Extended Project Qualification (EPQ).

The EPQ is taken by some students in England and Wales, and is equivalent to half an A Level. Their choice of topic is free, although they must show that it’s academically useful, either related to their current studies or future career.

During the EPQ students learn to manage and plan a project, use research skills and apply it to their preferred project. They learn to solve problems and are required to display their evaluation and reviewing skills at the end of the project.

More than 40 students presented their projects to tutors and family and friends, covering a very broad range of subjects. 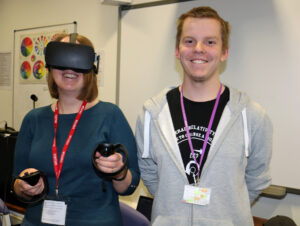 Johnathon Kemp, 18, who is studying A Levels in chemistry, maths and physics, presented his EPQ to his parents and his former physics tutor. Johnathan has developed an app thatenables students to undertake a virtual reality chemistry or physics lesson.

He said: “I’ve learnt things I’ve never done before during my EPQ, such as using code to create lessons. I’ve also refined other skills which will be beneficial for the future when I study my degree in computer science, such as problem solving, report writing, time management and researching and referencing.”


Eighteen-year-old Kelsey Payne, 18, is studying biology, psychology and English literature. She looked into how the disease 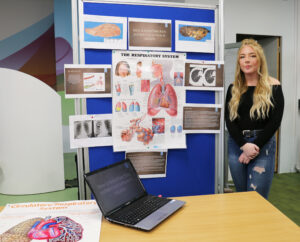 bronchiectasis affects people in society. Her research looked into how it affects their everyday life due to the lung damage as well as the NHS funding for these patients.

Kelsey said: “My own grandmother has this disease so I wanted to look closer at it and how it affects people. My future career would be in adult nursing and eventually I’d like to study a masters to obtain advanced nurse practitioner status.”

English literature, history and law student Emily Burke based her EPQ on the possible impact of Brexit on the British agricultural industry. Emily wants to go to Harper Adams University in Shropshir 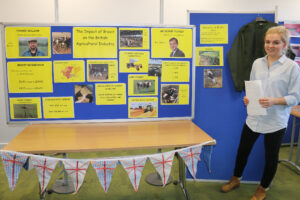 e to study a degree in agriculture and is currently on work placement at The Real Milk Company in Halam.

She said: “There are two schools of thinking. Some believe the agricultural industry could dip initially, potentially losing trade links. Long-term it could be successful because British farmers will have more independence on their own farms.

“All common agricultural policy legislation and things which are set to change because of Brexit will be in 2023. This exercise has given me the opportunity to learn more about the industry that I am going in to and find out more about the new era of farming to come. “

Meanwhile India Corah who is studying politics and English language concentrated her EPQ on the effects of social media on the LGBTQ community.

India said: “I want to study politics and international relations at university and I’m interested in real world issues and how society communicates with each other.

“I have found there are a lot of positive and negatives aspects for LGBT community. There’s a lot of hate, but also solidarity in numbers. In my own survey I discovered people were finding more positives than negatives which is good.”

Curriculum manager for academic studies, Stuart Booker, said: “Our students have produced some really in-depth and varied studies. They have demonstrated excellent planning skills, project management and working to deadlines which will help prepare them for their future university and career goals”.
Web: www.wnc.ac.uk