Chef returns to his roots for students’ fine dining event 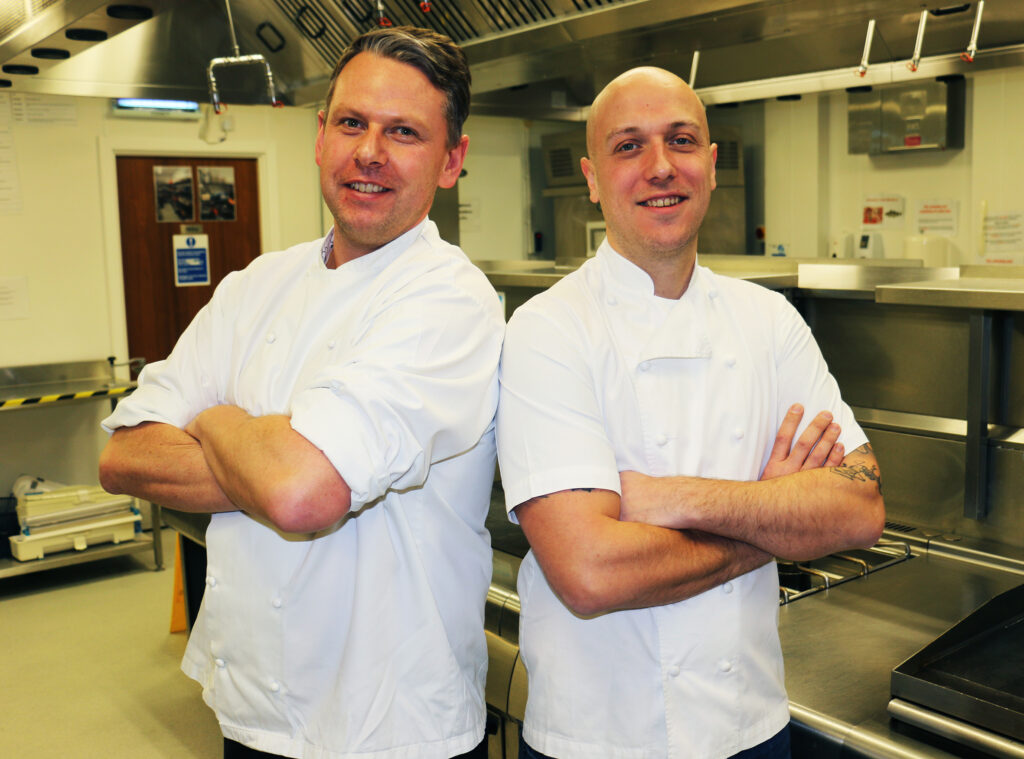 An ex-catering student turned Michelin-starred chef is returning to his roots at West Nottinghamshire College’s Refined restaurant to cook a six-course extravaganza.
Lee Smith, who graduated from the Level 3 Professional Cookery course in the summer of 2006, will be guest chef on Thursday 19 March, supported by the college’s current Level 3 Professional Cookery students and his former chef tutor Mark Jones.
Lee will be bringing his expertise garnered from the Bohemia Restaurant and Ormer Restaurant in Jersey and latterly the Samphire restaurant Jersey, where he worked as head chef.
Dishes on the night will be giving a nod to those which he created when starring as a finalist on the Great British Menu last year. Lee reached the finals for the South West region in the BBC hit show. The programme features British chefs originating from various regions across the UK compete to produce a menu that is served at a prestigious banquet for special events and prominent guests.
Lee’s dishes followed the theme of the celebration of 50 years of British music with ‘Beets of the Sixties’ – a beetroot dish, a fish course called ‘A Whiter Shade of Pale’ which was a Champagne toast to the humble turnip.
His main course ‘Welcome to the Nineties but Why All the Beef’ was his homage to the musical rivalry between Oasis and Blur. It was followed by ‘Strawberry Fields’ – a Beatles inspired fruity parfait. Lee’s competition was held in the world-famous Abbey Road studio.
Diners on 19 March will be able to experience his beetroot starter from the competition, followed by ham hock and white bean soup with truffle French beans. There will also be a fish dish of cod with buttered leeks and sweetcorn chowder and pickled cockles.
Another main course to tempt the palate will be chicken cooked in hay with malt extract sauce with a terrine and a carrot pureé.
Dessert will be cherry Bakewell with clotted cream ice cream – which is a talking point for the 33-year-old right now, as he’s set to launch his brand new restaurant in the centre of historical Derbyshire town of Bakewell.
Restaurant Lovage is due to open in spring and will serve Lee’s favoured modern British cuisine using local produce in its modern, country feel premises.
Of his impending visit back to his West Notts roots, Lee said: “I’m really looking forward to coming back to see how today’s budding chefs are working and I’ll be offering them the advice I always took – don’t panic about cooking under pressure. Just be as prepared as you can be and get to know your menu – do a bit of research and don’t go into the kitchens blind. And just enjoy it!”
People can book to eat at Refined on Lee’s guest chef evening by calling 01623 413629 or by visiting www.refinedining.co.uk