College appoints interim principal to “build on its many strengths” 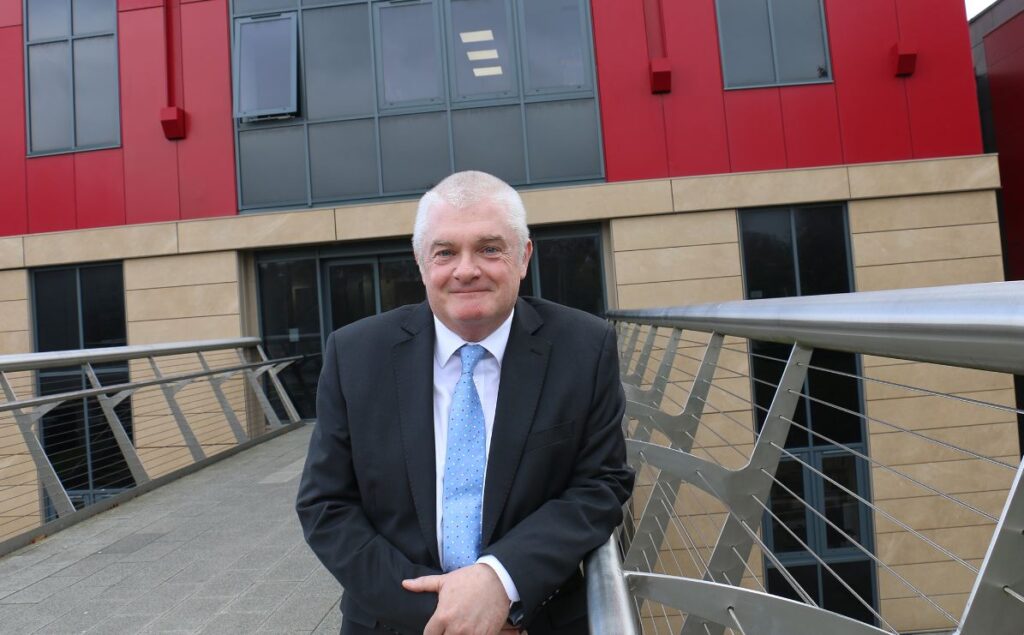 A senior leader with more than 35 years’ experience in the further education sector is set to take on the top job at West Nottinghamshire College.

Martin Sim has been appointed as interim principal and chief executive after impressing governors with his ambitions for the college.

He officially joins the organisation in early November, succeeding Dame Asha Khemka, who stepped down last month after 12 years at the helm.

Mr Sim arrives with a wealth of knowledge and expertise in the FE and skills sector, having begun his career as a college tutor before undertaking a host of middle management and senior leadership positions; overseeing areas including management information systems (MIS), IT, curriculum and quality in assistant principal and vice-principal roles.

He progressed to become principal and chief executive of Salford City College in 2010, where he previously served as deputy principal following its creation from a three-college merger. During his tenure as principal, he steered the college through a successful Ofsted inspection, resulting in it being judged ‘good’, oversaw student success rates in excess of the national average, and ensured the college’s sound financial health.

Since retiring from Salford in 2015 after five years in the role, Mr Sim has specialised as an interim principal, which has included spells at Gateway Sixth-Form College, Leicester, which he led out of special measures, and most recently at Barnfield College, Luton, where he has overseen its financial recovery.

Mr Sim said: “I am delighted to be given the opportunity to lead West Nottinghamshire College and work with its talented students and committed staff and governors. This is a good college, with an excellent reputation in the locality, and my main priority is to ensure it remains a vital asset to the communities of Mansfield and Ashfield.

“Above all, this means ensuring students continue to receive outstanding learning opportunities.”

Chair of governors Nevil Croston said: “The board has every confidence in Martin’s ability to steer the college through its present difficulties and build on its many strengths to emerge as a stronger organisation.

“He has a wealth of experience in the FE sector and a proven track record in enabling colleges to achieve their potential. We very much look forward to him joining us.”

Mr Sim, 60, lives in Warrington, Cheshire, and is married to Erica, with whom he has a grown-up step-son, Alasdair. Outside of work he enjoys cooking, walking and reading books about ancient Egypt.