Combat cooking is a Refined affair 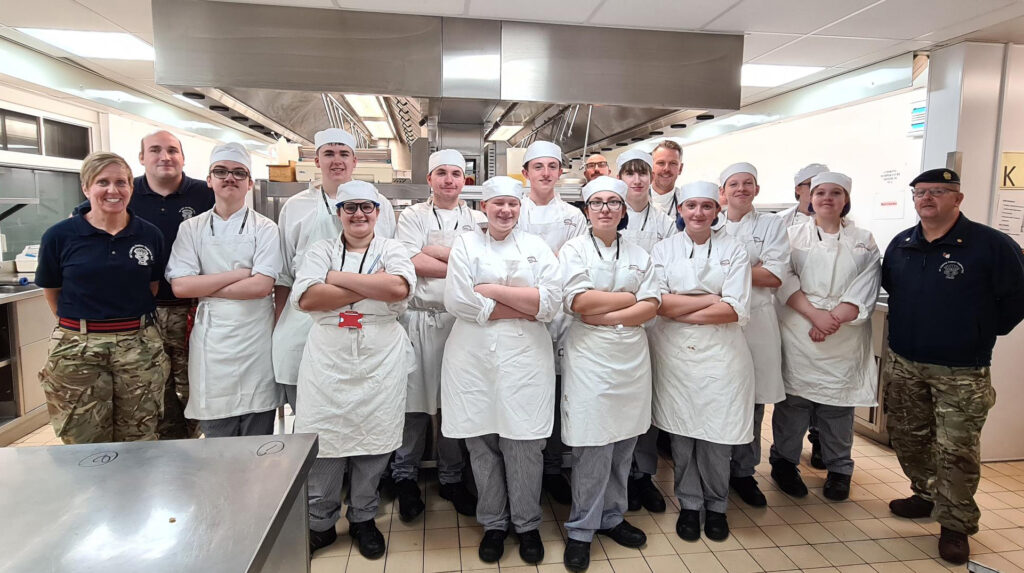 Professional cookery students from West Nottinghamshire College got a taste of combat cooking when members of the 167 Catering Support Regiment dropped by to demonstrate their skills.

The 167 Catering support Regiment is a unique regiment to the nationally recruited Army Reserve Chefs. Based in Grantham, its primary role is to provide catering to support the British Army, anywhere and in any environment.

The class of 15 students created the dishes using the 10-man ration packs, just as the Army would do in a combat zone, in the college’s Refined restaurant kitchen. The group were able to hear from the guests about the benefits of joining either the regular Army or the Army Reserves.

Team 2 won the starter and main course challenge with their tomato soup and garlic bread, followed by chilli with braised rice and green vegetables. Team 1 won the dessert, creating a pear cake with an oat topping.

Sergeant Kevin Bloor said: “To say these are new students with only three months of catering practice, there is some outstanding talent here. We’ve seen some good presentation, still things to learn but overall, they coped well with a timed challenge and were straight in at the deep end.

“We allowed them to use their phones to check on recipes, but ultimately this challenge tested them to think outside of the box, which is needed when cooking in the field.”

Chef tutor Mark Jones said: “Our students really embraced the opportunity and worked really well. Each team showcased varied and differentiated qualities and skills to create their dishes. We’re hoping to do this challenge again in the New Year to see their progression.

“The visit from military chefs shone the light on those employability skills which employers are looking for, and the public services is a great career path for an upcoming chef.”