Ex-serviceman switched on to new success!! 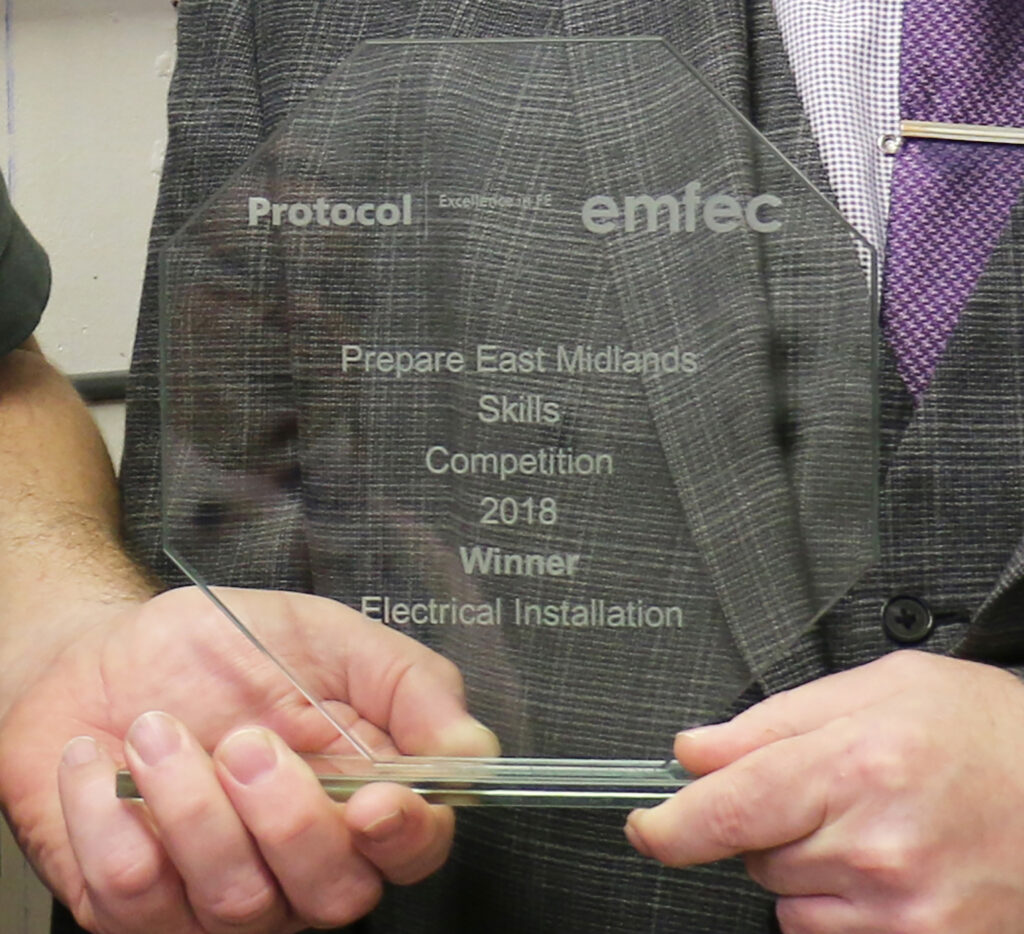 An ex-serviceman has spoken about his time at West Nottinghamshire College being his “lifeline” following a regional college skills competition win.
Forty-seven-year-old Stanley Smith, a student on the Level 2 City & Guilds Electrical Electrotechnology course, has scooped a first place trophy at New College Stamford, as part of WorldSkills UK’s Prepare East Midlands competitions, for his skills in electrical circuit work.
On Wednesday 28 March, Stanley, from Hucknall, joined participants from New College Stamford, Nottingham College and Stephenson College. Challenges in carpentry and joinery, plumbing, bricklaying and electrical installation took place throughout the day, all designed to help learners get practice in the lead-up to the regional and national WorldSkills competitions. 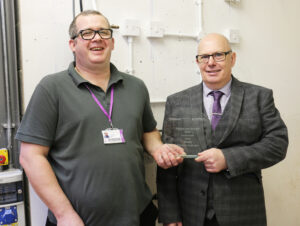 Working over four-and-a-half hours, Stanley and seven other competitors worked on building three circuit boards – a lighting circuit, a switch fuse circuit and a steel wire armoured circuit board. His talents saw him take home the winning trophy, a certificate and an electrician’s bag.
But this is not the only talent which Stanley has under his tool belt. Previous to his electrical qualification, Stanley has studied other construction trades at West Nottinghamshire College.
His Level 2 and 3 in painting and decorating, together with the Level 2 in plastering have seen him studying since 2014.
He said: “For me, coming to college was an absolute lifeline. I had a career as a vehicle mechanic in the army, starting in 1986 when I was 16. I fractured my neck in the forces and began with degenerative discs as well as other disabilities. After leaving the Army I did ten years of driving.
“I was determined after I stopped driving that I wasn’t going to just sit and stare at four walls – I couldn’t entertain that thought.”
Having seen both his daughter Maisie and son George complete painting and decorating programmes at the college, and now son Richard is studying hard on a catering qualification, Stanley decided that education was the path to follow.
He added: “I’ve really enjoyed my time at the college and winning the Prepare East Midlands challenge was a great motivator. Eventually I’d love to go into teaching as I’ve felt particularly proud when I’ve been able to help the younger class members on my course. It’s definitely something I’d like to do.”
Tutor and programme area leader David Marshall said: “I’m incredibly proud of Stan’s success, both in the classroom and at the competitions. He prepared really well in the week’s lead up to the challenge and he’s got such drive and enthusiasm for the trade.
“I know he’ll be a success and I’m trying to convince him to return for a sixth year to study his Level 3 electrical course!”