Fruition of a royal iDEA 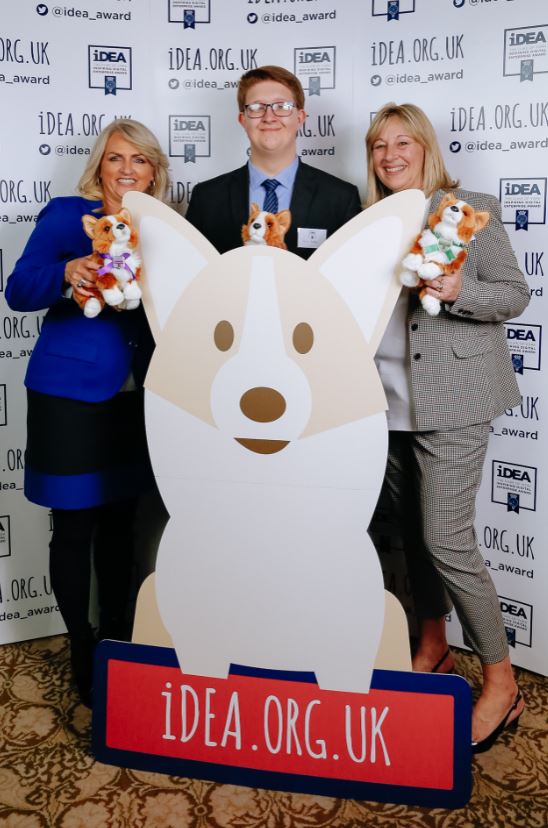 A visit to the capital by royal appointment was the highlight of last week for two members of West Nottinghamshire College staff.

Computer science curriculum manager Trudi Dean and head of creative, lifestyle and digital industries Nikki Slack had the pleasure of attending a very special event in London, hosted by His Royal Highness The Duke of York.

This was for the launch event of the silver awards for the Duke of York’s Inspiring Digital Enterprise Award (iDEA) scheme.

The international programme aims to help address the digital skills gap and provides free education in the form of engaging online modules, known as badges. It’s been designed to help young people gain career-enhancing skills and industry-recognised awards that will make them stand out from the crowd. Categories include citizen, worker, maker, entrepreneur and gamer.

St James’ Palace was the scene of the prestigious event which was attended by heads of colleges and universities, schools, the Army, small businesses and apprentices.

Also in attendance was Alex Peake, a former Level 3 software development student at the college, who was the first person to achieve both the bronze and the silver awards under the iDEA scheme.

Trudi said: “Alex has been working closely with the iDEA team, fault-finding the new online system and helping to locate bugs. He’s been amazing.”

“The event was fabulous. On arrival we had drinks in the reception room and were addressed by The Duke of York and heard from event sponsors. His Royal Highness then invited the party into the next conference-style room. We ended up standing close by to him and I whispered to Alex that this was his perfect opportunity to speak to Prince Andrew.

“So I tapped him on his shoulder and introduced myself and Alex to him, telling him that Alex was the first student to get bronze and silver. The Duke asked Alex ‘how many badges did you get?’ and Alex proudly replied ‘all of them!’ much to his surprise.”

She added: “This truly was a once-in-a-lifetime experience, and I was determined to not lose the opportunity for Alex to speak to Prince Andrew. It was such an enjoyable day and I’m grateful that I had the chance to attend.”

Alex, who has been a student at Nottingham Trent University, said: “It was an honour to meet the Duke of York and discuss not only my experiences and thoughts about iDEA but also the incredible progress it has made in just under two years.

“Studying the iDEA award badges has been a fantastic experience as each badge offers its unique insight into different subjects and offers people a chance to be finally recognised for skills required in the industry today.”

West Nottinghamshire College has seen over 300 students sign up to the iDEA scheme and around 150 of these have completed the bronze awards and two students have completed silver.