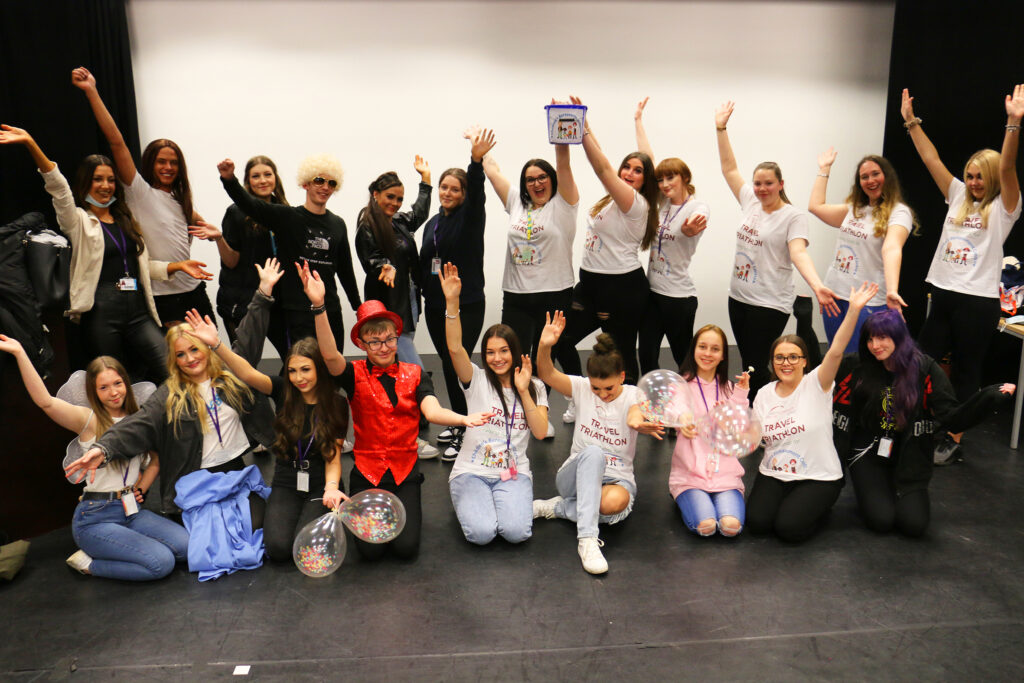 Travel and tourism students from West Nottinghamshire College put on a double bill of fun in the college’s Create Theatre while raising money for a local bereavement centre.
As part of the students’ assessments, organising an event is just one of the modules covered on the Level 3 Diploma in Travel and Tourism.
Students from the year one group have been busy organising the event which included finding a cause to raise funds for. The group chose the Newark-based Children’s Bereavement Centre which supports local children and their families affected by death or terminal illness. This centre was chosen after a fellow student found them highly-supportive whilst dealing with the loss of a parent. 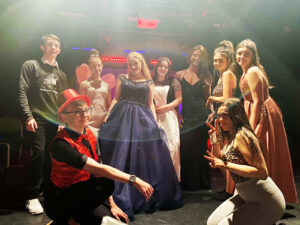 After weeks of preparation students put on two dazzling performances last week which included a pantomime called Once Upon A Time in Mansfield – giving a local and comedic twist on Beauty and The Beast and Cinderella. Students took on roles including costume designer, marketing co-ordinator and script writer and liaised with the college’s theatre co-ordinator regarding lighting and sound. 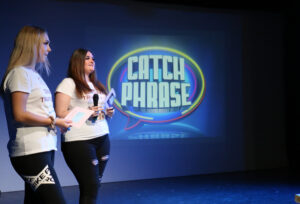 Another group of students put on audience participation game shows which included TV’s popular Catchphrase and Blockbusters games. They staged a general knowledge quiz for the audience to take part in and win prizes.
Fellow travel and tourism students and staff joined in the fun as they were members of the audience at Thursday’s show (20 May) and over £180 was collected for The Childhood Bereavement Centre as the event was also a non-uniform day.
Student Shea Boam, who starred in the pantomime, said: “Our groups have worked so hard together on the event which has been both stressful and exciting and I’ve been so proud of everyone’s hard work. We had lots of planning discussions online which all began in lockdown. At first we were going to perform a musical but then it changed to the pantomime.
“I played the part of Vicky, the wicked stepmother in the pantomime and it was a really fun take on the traditional panto, featuring characters that you would expect to meet in our home town, such as Cindy, Bianca and Cheryl starring alongside Mrs Potts, Belle and DJ Charming!” 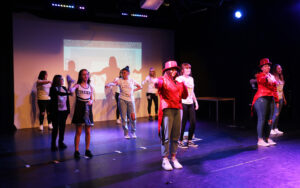 Tutor Sabrina Sandhu said: “We’re incredibly proud of all the students involved in the performances and their commitment to it has been absolutely exceptional.
“This unit of work began back in September 2020 and even after the national lockdowns and various college closures the students have really done themselves proud and worked so hard to put these shows together.
“Much of the planning and rehearsals were done online via Microsoft Teams and the students remained really positive, professional and hardworking throughout the whole organisation and planning process. When we returned in March the students worked quickly to adapt the performances from an online entertainment show to one with a live audience.”
Katie Trinder, marketing executive for The Children’s Bereavement Centre in Newark, said:  “The Children’s Bereavement Centre was delighted that the student decided to fundraise for us and the money they’ve raised will really help the children we work with and as a small charity these donations make a huge difference. The effort the students put in was amazing.”