Geena’s geared up for success 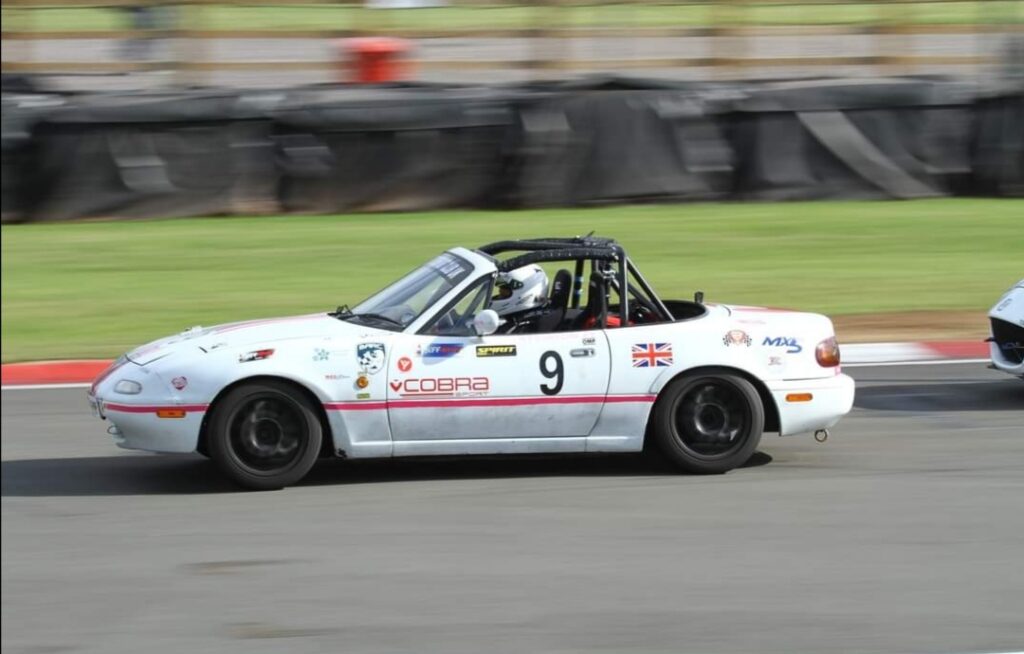 An A-Level student at West Nottinghamshire College is applying her determined spirit to both her studies and a lifelong passion for motorsport – and is set to go far in both.
Sixteen-year-old Geena Watkinson, from Shirebrook, first discovered her love for the racetrack at the age of eight when she started karting on a local kart circuit with her dad Stephen – also an avid motorsport fan.
She said: “I was so keen to begin karting but had to wait until I was the regulation height of four foot four inches. I finally reached it when I was eight and that’s it – I was hooked. It was amazing. Dad bought me my first kart for Christmas – a Honda Cadet – which was like a lawnmower engine but super-fast! I soon began driving on circuits around the country.”
Geena’s interest in motorsport continued and she eventually met young drivers Scott Mckintyre and Molly Dodd – now junior saloon car champions. It was on a trip to the Anglesey Circuit in North Wales watching the pair race that she spotted a Mazda MX5 – a car which she now owns and races at speeds of up to 110mph.
Equipped with her Association of Racing Drivers School test, this enabled Geena to begin her own racing career in her white Mazda MX5. And she now holds a senior licence which means she can race anything on the UK circuits and she’s determined to bag the international C racing licence by the end of the year.
Already in 2020, despite COVID-19 impacting on motorsport racing, Geena has competed at Silverstone, Mallory Park, Donnington and Croft and is currently second in the championship in her mark one car. She competed at Silverstone at the weekend (13 September) but was sadly injured in a smash.
She said: “I was in the qualifying and I lost control when another driver pushed me wide. I ended up on the gravel and because the car was going sideways I kept my hands on the steering wheel and hit the wall. The force caused me to fracture my little finger and I have a small wrist break and soft tissue damage.” 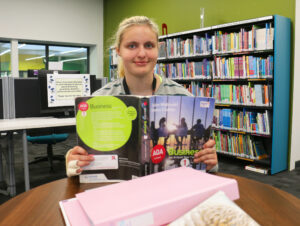 Now resting her injury Geena is hoping to race again in October at Brands Hatch or in November at Thruxton and is looking forward to racing in the MX5 cup next year.
In the meantime she’s getting stuck into her A-Level studies at the college having chosen business, law and history and has great ambitions to become a corporate lawyer. In addition, she turns 17 at the end of the month and is hoping to pass her driving test and theory very soon afterwards – with a Renault Clio ready to drive as her general day-to-day car!
She said: “I was nervous on my first day at college but I soon got over it. It’s amazing and I’ve already made new friends. I wore my racing shirt and jumper on the first day and this immediately became a talking point. I normally only wear these on race weekends, but it meant I could talk to the class about my sport – it was a real ice breaker.
“I’d really like to get into corporate law. I enjoy business and law so it makes sense to put them together and aim for a career. I want to go to Oxford University, then work for a few years to apply my knowledge and then aim for a PhD at Cambridge. Motorsport is an expensive lifestyle so I feel that I could fund this with a career in law.”
Geena’s business tutor Irum Pervez said: “In the short time that I’ve known Geena, she is very passionate about her studies and is an ambitious young woman who is not afraid to share her thoughts and answers questions confidently. She is determined to do well and I have every bit of faith in Geena as she will push her boundaries in order to be successful and achieve her goals.”