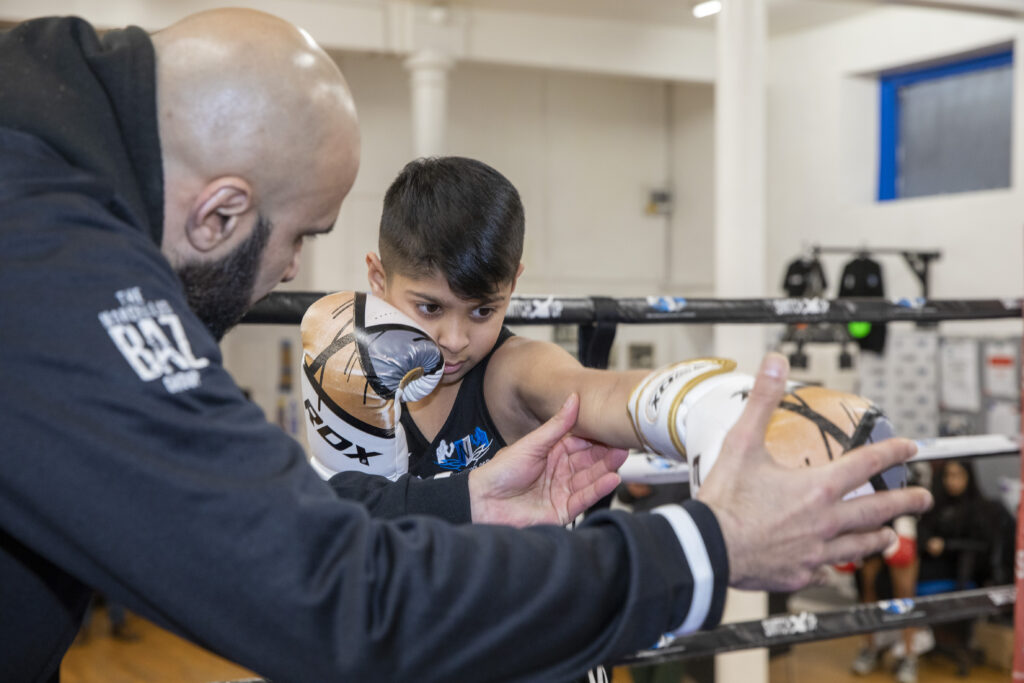 The meeting was sponsored by Staton Mortgage and Protection Specialists, and the owner Mike Staton, shared his insights into what he thought we could expect to see over the next few years in relation to mortgage rates and inflation. His opinion was that we would see a further hike form the Bank of England this year but that it would be a short term measure based on the current mortgage offers available on the market.

If you would like to find out more about sponsoring a meeting to get your business message across to the local business community, please get in touch. You can find out a bit more on our web page.

Our next guest speaker was Malcolm Hall MBE, owner of Hall Fast Industrial Supplies, Malcolm shared his ambition to raise money for The Frank Bruno Foundation and Switch Up, which we will learn more about later.

Malcolm gives his time freely to explain his story to businesses and school groups in the hope of inspiring others and in March 2017 he was appointed as an Export Champion in an ambassadorial role by the cabinet office to promote exporting to other SME’s and in the Queens New Year’s honours 2016, he was awarded an MBE in recognition of his services to business.
On the 14th October 2022 he will be climbing to Everest Base Camp to raise money and awareness for the Frank Bruno Foundation and also for the Switch Up Mansfield Community Hub. Malcolm gave a very rousing talk about getting out into the community and helping to raise the aspirations of young people. It was the reason that he had invited Marcellus Baz to speak to fellow 2020 members as he had recently opened the Mansfield School of Boxing in Ravesdale, which is where the Switch Up Mansfield Community Hub will be based.

Born and raised in the Meadows, Nottingham. Marcellus Baz spent a lot of his time as a youngster on the streets and soon turned to selling drugs and carrying weapons, he took up boxing at a leisure centre, however injuries from an attack ended his chance at a boxing career

Baz is the founder and CEO of Nottingham School of Boxing and Switch Up. In 2016, Baz was named the BBC Get Inspired Unsung Hero at the BBC Sports Personality of the Year awards for his support of young people in Nottingham, UK. The same year he also received the British Empire Medal for services to youth boxing and the community.

Baz has been interviewed about youth violence, knife crime, and UK drug culture. He also completed a TEDxYouth talk in 2018 entitled Your Tribe is Your Vibe.

Switch up have developed the River Manu Centre in Ravensdale Mansfield into a community hub.

Marcellus intends to replicate the positive impact Switch Up has had with young people in Nottingham in the Mansfield and surrounding areas. He certainly left a positive impression on the guests at the business breakfast as many left feeling inspired about the ways they could help the young people in our community.

To learn more about the Marcellus Baz Group and Switch Up take a look at their website here.

We hope to see you at our next breakfast meeting on Thursday July 28th 2022. Our breakfast sponsors Saville House School will make you think about the education system and how things could be different. Woodhead Construction will be sharing the success of the completion of the PassivHaus scheme in Mansfield.