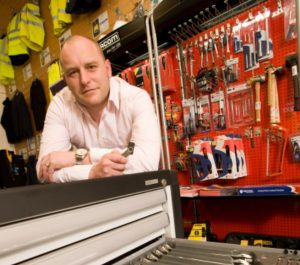 The APCRG group’s purpose is to promote debate and understanding of corporate responsibility, by holding events each year in which the current 94 Parliamentarians and 80 non-Parliamentarians can exchange views on relevant, topical issues, recent meetings have covered subjects such as business-education partnerships; inclusive employment policies; health and well-being in the workplace; responsible investment; employee engagement and well-being; corporate reputation and risk; corporate reporting; and the use of procurement policies to promote responsible behaviour. Future meetings will focus re- skilling Britain t-levels, work placements, apprenticeships & other skills training.

Commenting Malcolm said – ‘’As a relatively small independent family run business I am immensely proud that the success of Hall-Fast has enabled us to give back to the communities in and around Mansfield and further afield through community based sponsorship with sports clubs including Paviors Rugby and Nottingham Rugby’s Community Department where delivery of high quality coaching into primary and secondary schools and also Mansfield’s Fountaindale SEN school has helped to promote rugby locally and also the benefits of an healthy lifestyle and wellbeing, and I look forward to being able to have the platform to put across my views within this parliamentary group.

In March 2017 Malcolm was appointed as an Export Champion in an ambassadorial role by the cabinet office to promote exporting to other SME’s and was made an MBE in the 2016 New Year’s Honours for his services to business.