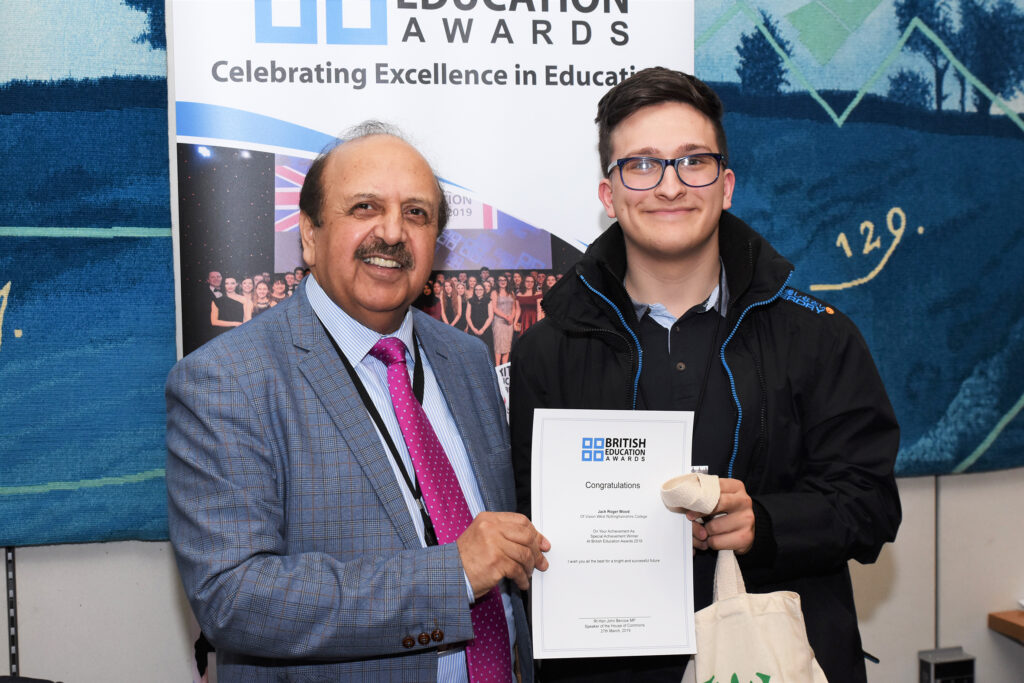 A West Nottinghamshire College IT student, who celebrated a national award win earlier this year, has proudly joined fellow British Education Awards (BEA) winners and finalists at a VIP presentation in Westminster, London.

Jack Wood, 20, was put forward for the BEA awards earlier this year, by his tutor Trudi Dean for being an outstanding learner, despite having a range of issues to contend with.

Jack’s journey in education got off to a difficult start as he contended with diagnoses of Autistic Spectrum Disorder, Tourette’s and OCD.  Jack defied expectations to excel in computer science and flourished as IT technician within the college where he volunteered over 210 hours and was invited to undertake paid work.
The event, held at Portcullis House, in Westminster, London on 27 March, saw previous BEA winners join with their family members, MPs and government officials, as well as education and business professionals, pay tribute once again to the students and to highlight their achievements.

Back in January, Jack was one of seventy-six finalists from the UK to attend the BEA finals, at the iconic Beetham Tower, at the Hilton, Manchester Deansgate. He was also one of five nominees to receive a special achievement award, which paid special tribute to those who have overcome difficult circumstances and personal challenges.

Jack said: “It was a great day out to London. Myself, my dad and auntie enjoyed discovering about how the BEA was founded, along with enjoying talks from different people at the event, including a House of Lords member.