Jacob’s on cue for success 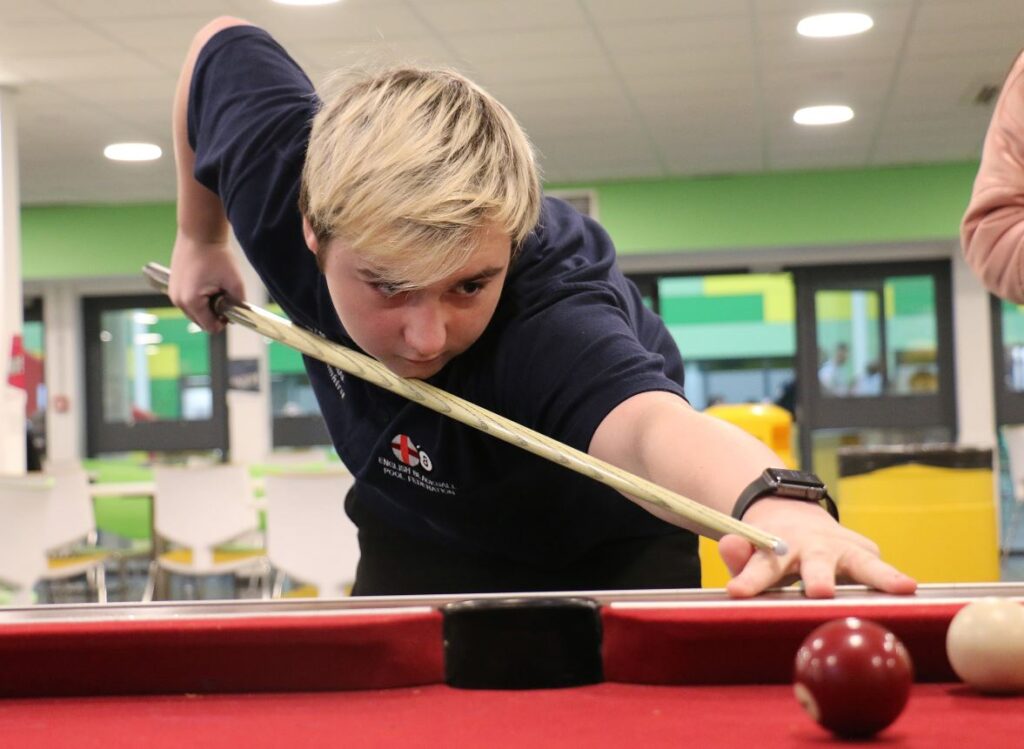 A seventeen-year-old West Nottinghamshire College student is gearing up for a sporting championship which will see him representing England next week.

Jacob Elmhirst, from Mansfield, will be representing the country in the Blackball International World Championships – otherwise known as pool, in a six-day tournament, starting on Tuesday (20 November). He will be competing against players from countries such as China, Belgium, South Africa, Nigeria, Norway and more. 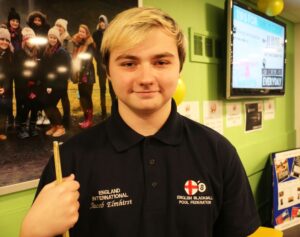 The Level 3 software developer has been playing blackball for over six years, is sponsored by The Towers in Mansfield, where he trains regularly. He has represented England for the past four years, previously winning for England in the under 15’s competitions.

Jacob will be cheered on by his dad at The Spa Arena in Bridlington, which plays host to the championships, which includes categories including men’s, ladies’, seniors (over 40s), masters (over 50s), under 18, under 15, learning disabilities and wheelchair players.

Jacob said: “I’m not nervous – I’m quite used to championships so I know how the pace of the event will be. I’m proud to be playing in the A team. I started in B team but because I was doing so well I was moved to A.

“I’ve been practicing every other day, so I’m feeling pretty confident and I’m looking forward to playing my best for the world trophy.”

In addition to his serious game-playing, Jacob is also talented with a variety of trick shots and often tours with his trick shot training sessions.