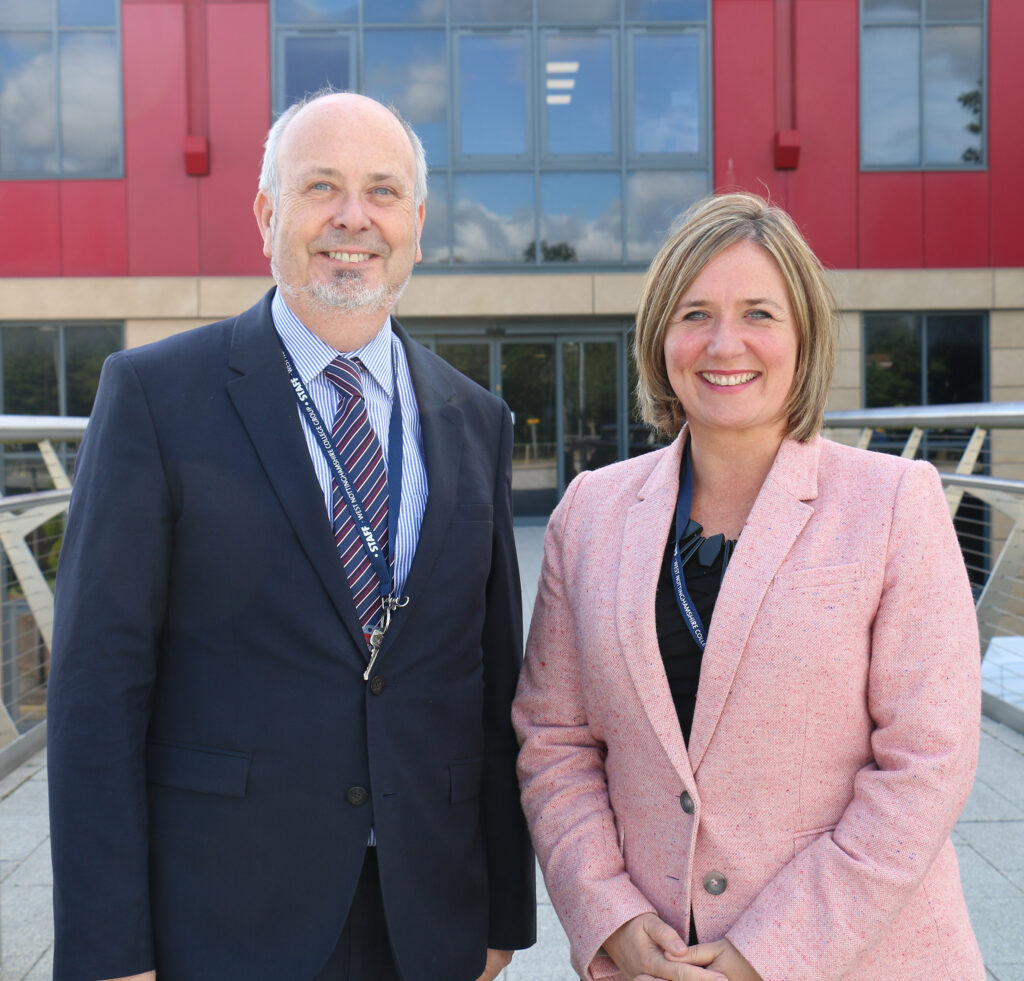 West Nottinghamshire College has bolstered its leadership team with the appointment of two new directors.

Suzanna Smith and Jon Fearon have joined the college as director of human resources and organisational development, and director of finance, respectively.

Suzanna has worked in HR throughout her career and has more than 20 years’ experience across the private, public and charity sectors in senior roles.

She will lead on recruiting, retaining and developing a high-performing academic and professional workforce across the college, which has almost 700 staff, and play a key role in developing, implementing and embedding its strategic people-focused aims.

Most recently, she worked as head of people services at airline Flybmi British Midlands Regional Ltd, where she directed the strategic delivery on all aspects of human resources and organisational development across the UK and Europe.

Previous senior roles in the East Midlands have included head of HR and learning and development at social housing and care provider emh Group, head of HR shared services at G4S Policing Support Services, which is the strategic partner to Lincolnshire Police, HR service centre manager at Lincolnshire Police, and head of personnel and development at The Methodist Church, serving 6,000 churches in the UK with its employment and volunteer needs.

A fellow of the Chartered Institute of Personnel and Development, Suzanna succeeds acting director of human resources Rachael Blythe, who left in July to pursue new challenges after 16 years in various HR management roles at the college.

Suzanna said: “The college is on a journey of transformation and this includes embedding its new vision, mission and values with our employees and students, to build our culture where professional excellence and personal growth is key to everything we do. This is a significant time to join the college and I very much look forward to leading the people agenda and making a difference”.

Suzanna is married to Anthony, a retired Army Officer, and they have one son, Reuben, 10. She lives in Lincoln and in her spare time enjoys being a volunteer CIPD Enterprise Advisor, along with interior design and creative arts.

Jon has re-joined the college after a 13-year absence, having worked as finance director from 1998-2002, and deputy principal/executive director of business strategy from 2002-2006.

He takes over from John Owen, who is credited with helping steer the college towards financial recovery in his role as interim finance director from September 2018 to August 2019.

An Associate member of the Chartered Institute of Management Accountants, Jon will lead on the development of the college’s financial strategies, with responsibility for all aspects of its budgeting and reporting processes, and implementation of its financial recovery plan.

He comes with almost 40 years’ experience in financial management across various sectors, having trained as a chartered management accountant with British Coal in the 1980s, where he gained his first management role at the age of 20.

Jon said: “I am thrilled to re-join West Notts at a time when the college is building its financial strength to ensure it continues to meet the needs of its local communities. As the leading local provider of 16-18 education, higher education, apprenticeships and community learning, the college plays a pivotal role in supporting the local economy and I am very excited by the challenge of completing its financial recovery.”

Jon is married to Michelle, a maths tutor at Samworth Church Academy, Mansfield, with whom he has two grown-up children, Tom, 29, and Imogen, 26. The couple live in Mansfield and outside of work Jon enjoys gardening and walking in the local countryside.

Welcoming the new appointments, principal and chief executive Andrew Cropley said: “I’m delighted that we have succeeded in bringing Suzanna and Jon onto our team. Not only are they experienced, high-performing experts in their own fields, they are both entirely committed to achieving the college’s vision and living our values.”