Lawyers’ donation to a local charity supporting babies in hospital 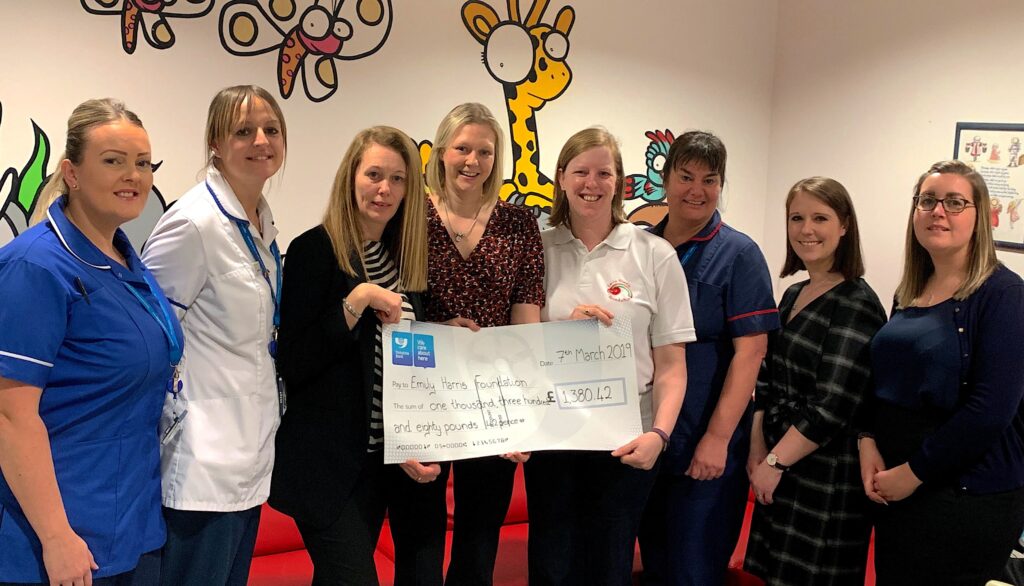 Kind-hearted lawyers have donated more than £1,380 to a special charity that offers support to families with babies who have been born prematurely.

Fidler & Pepper Lawyers, in Mansfield and Sutton in Ashfield, gave the money to the Emily Harris Foundation, which supports the Neonatal Unit at Kings Mill Hospital.

The foundation was set up in memory of Emily Harris, who was born six weeks prematurely on September 5, 2006. Against the odds, Emily survived for nearly five months, spending much of her time in hospitals in Mansfield and Birmingham before being allowed home in December. Sadly, on February 1, 2007, Emily died after contracting a virus.

The foundation carries out a lot of work to support families whose babies have been born prematurely, and because of this, Fidler & Pepper decided to donate the money as several employees at the firm received support from the foundation after their newborn babies had to spend time in the Neonatal Unit.

It’s a subject close to the heart of Fidler & Pepper’s Joanne Godson, People and Operations Director.

Joanne’s twins, now 17, were born 11 weeks early, and although they do not have lasting complications, Joanne remembers the stress of their early birth and the time spent with them in the Neonatal Units at Kings Mill and Leicester.

She said: “If your children are born early, it’s a very stressful time as it’s not something you are expecting to happen. You might not have the suitable equipment to support them, and have so much to think about – particularly if they are fighting for their lives.

“I know that I would have found the support the foundation offers invaluable when my boys were born if it had been around then.

“We have three mums who work here at Fidler & Pepper who have experienced first hand the work of the foundation when their babies were in the Neonatal Unit after they were born, which is why one of those mums nominated the charity and we are pleased that we have been able to make this donation to a local charity whose good work has impacted so positively on the lives of our staff.”

As well as practical support for families with babies receiving care on the King’s Mill Hospital Neonatal unit, the foundation provides financial support for staff members who want to undertake further training where the funding is not able to be supported by the NHS.

It also provides financial relief, in cases of hardship, for example, funding transport costs for parents who are unable to meet the costs of daily visits to be with their baby.

Clare Harris, from the foundation, said: “This is an incredible thing to do. We are a small organisation so this is a massive amount to us, particularly as we rely on donations. “

Rachel Barker, Matron for Neonatal, Children and Young People, said: “This is a very kind thing to do. The foundation makes a huge difference to the babies and to their families.”

To find out more about the work of the foundation, www.emilyharrisfoundation.org.