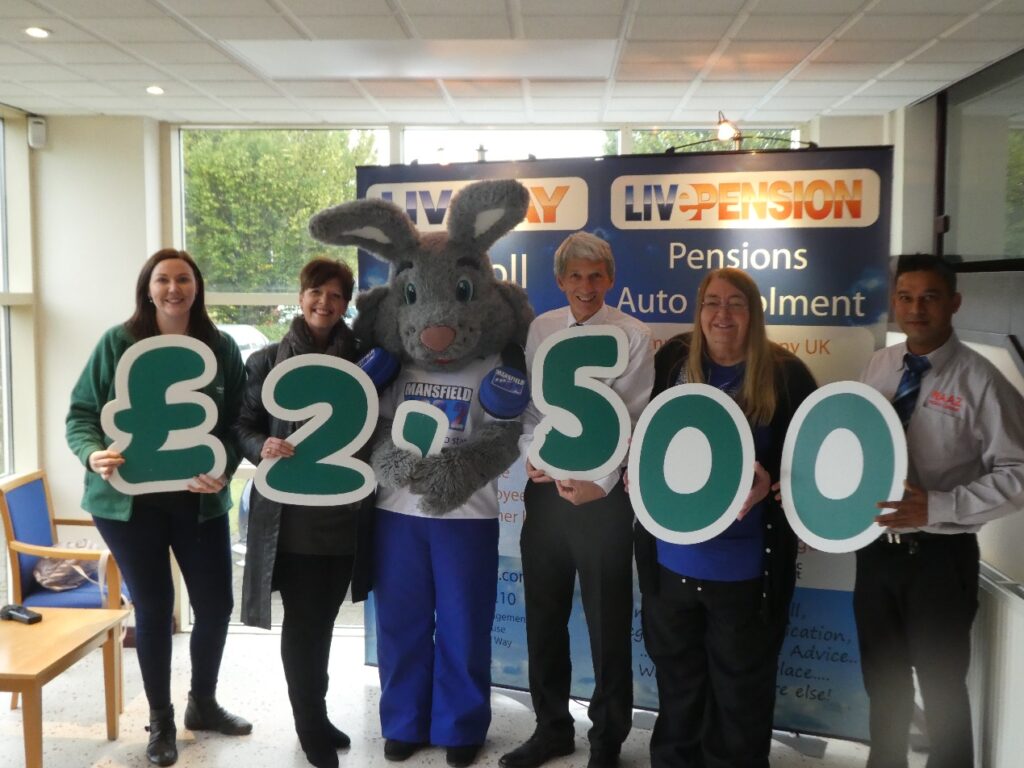 Macmillan Cancer Support in Nottinghamshire received a boost as they were presented with a cheque for £2500.00. Receiving the cheque for Macmillan is Katherine Booth, and in attendance were Sarah Maude and the Radio Mansfield rabbit Warren, Keith and Sylvia Johnson, and Rais Uddin from the Naaz Restaurant.

The money was raised by Keith and Sylvia, directors of LivePay, the national payroll company based in Mansfield supported by the Naaz Indian Restaurant, Radio Mansfield and many others. During September the couple entered the Paris to Biarritz veteran car rally in their 1964 Daimler covering around 1500 miles. They started from the Palace of Versailles and took a route through mid-France before sections over the Pyrenees. Although completed successfully, the car did suffer three punctures, dirty fuel and a water leak! Not bad for a car nearly 60 years old.

Before setting off Keith and Sylvia were helped by the Naaz Indian Restaurant holding a fundraising dinner with around 100 people attending meaning that tables had to be placed in what is normally the waiting area! Whilst on the Sunday of their return they were supported by North Notts Hockey Club who held a charity match in the pouring rain. Even with around an inch of water on the Manor complex pitch, the game continued but it more resembled water polo!