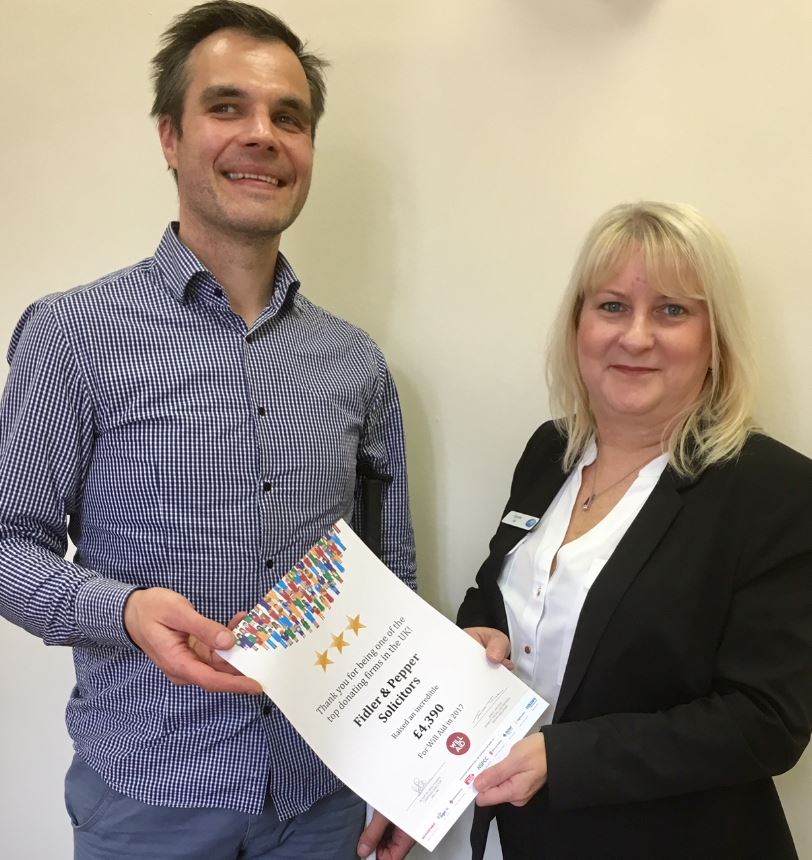 People who are putting off making a Will are being urged to get them written during November – as they could be helping raise money for charities at the same time.

Will writers at Fidler & Pepper Lawyers are once again supporting Will Aid, an annual initiative that runs throughout the month of November that raises money for nine charities: ActionAid, British Red Cross, Christian Aid, NSPCC, Save The Children, Sightsavers, Age UK, SCIAF (Scotland) and Trocaire (Northern Ireland).

Will Aid has been running since 1988 and has run every November since 2008. It is the most successful charity Will-writing scheme in the UK, and is open to all adults.

The campaign has encouraged over 300,000 people to write their will with a qualified, regulated and insured solicitor and in so doing has raised over £20 million in donations. The suggested voluntary donation is £95 for a single will and £150 for a pair of mirror wills.

Caroline Hill, senior Will writer, said: “Our team has thoroughly enjoy participating in Will Aid. It is a great way of raising money for the nine Will Aid charities.”

Nick Thorley, from Christian Aid, one of the nine charities, said: “The team at Fidler & Pepper have really embraced the Will Aid scheme and all their time and hard work translates into transformed lives for those living in poverty across the world.

“Thanks to the donations from Will Aid we can make a real difference.  Just £150 could pay for a pack of medical equipment for doctors and nurses in Kenya to safely deliver babies, while £95 could pay for training and seeds for 50 women in a mother-to-mother support group to help them grow more food for their families.”

People can find out more about Will Aid by visiting www.willaid.org.uk. To book a Will Aid appointment with Fidler & Pepper, call 01623 451111.