Make-up artists are talent of the future 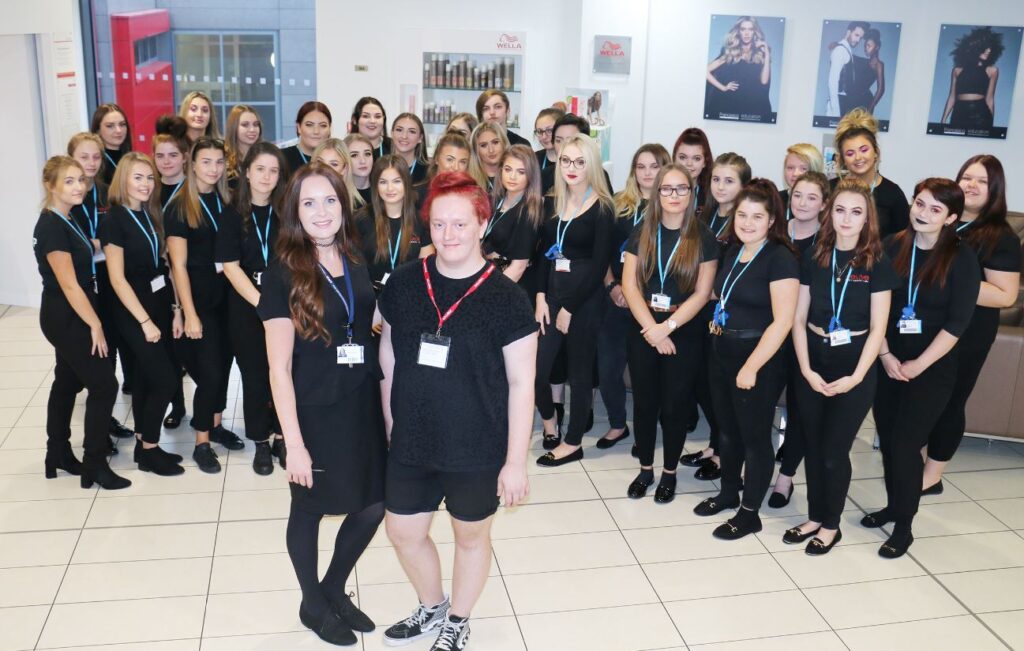 Students from West Nottinghamshire College got the mirrors, brushes, lights and colour ready last week to show off their creativity and skills to an award-winning make-up artist.

Learners on the Level 2 Diploma in Hair and Make-up Artistry welcomed Ashley Jones to the salons at the Derby Road campus, to discover more about his journey as a hairdressing and make-up student, his career and to get tips of the trade.

On Friday (12 October), Ashley, who has just graduated from the BA (Hons) in Media Make-up and Hair with Special Effects at the Northern School of Creative Industries in Bradford, spoke about how he trained as a hairdresser and moved on to studying media make-up from Level 3 at Rotherham College.

Ashley described the many areas of the industry that he has gained experience in, from working on theatrical make-up and editorial photoshoots to experience as an assistant at Cosmopolitan Magazine, working at London and Manchester fashion weeks and being part of the largest mass casualty simulation in London, creating special effects for mock victims.

The 22-year-old has also scooped a number of sector awards including coming first in the 2016 Professional Beauty Warpaint Photographic Nailart competition and first place in the 2015 Blackpool National Hairdressers’ Federation’s It’s a Drag competition.

Students were able to ask Ashley questions about his career and training before he set them a creative challenge to put their make-up artistry skills to the test in the theme of ‘editorial photo shoot’.

“Editorial make-up which the students are trying out can take many different forms and be creative, beautiful or as extreme as you wish. I love to see make-up which tells a story and makes you ‘feel’ something as you look at the colours and textures. 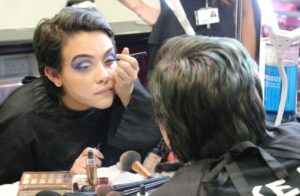 “The students have put together some brilliant looks for me and I can see lots of potential.”

Amelia Morley, a student on the Level 2 Diploma in Hair and Make-up Artistry, said: “I love working with make-up and I’ve done a lot of special effects make-up. Ashley’s visit has given me plenty of ideas and career inspiration. I really enjoy working with vivid colours and being brave with design. I’m going to do Level 3 next and then hopefully move into industry.”