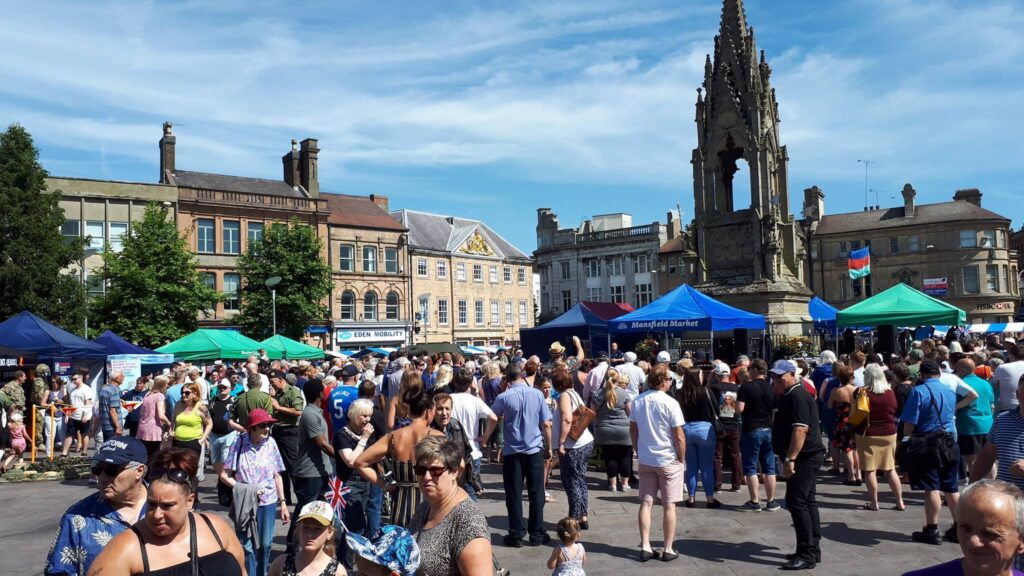 Mansfield BID, the town centre organisation with the remit of helping to make the town centre a great place to visit and work, has begun the process of recruiting a new chief executive.

The previous CEO announced in July that she was stepping down from the post after four years at the helm, and she left in August.

Now, the process has begun to recruit a new person to lead the BID, which works in partnership with public and private organisations, is behind the successful I Love Mansfield brand and has encouraged thousands of people into the town centre through various events, such as the Armed Forces Day celebrations, Gardening and Craft festivals, and the Christmas Markets.

John Sankey, the BID chairman, said: “I am looking forward to finding the new CEO, as we have plenty of plans and hope to move forward fairly quickly.

“It has been a challenging time for everyone as we all know, so the person who will have the role of chief executive has a tough but rewarding task ahead of them.

“However, it’s an exciting time for Mansfield. With more than £12.6m in Town’s Funding already secured and potentially much more on the way, we need a CEO who will play a key part in the regeneration of our town.”

The chief executive will report to the BID chair and its directors, and provide innovative and award-winning strategic and operational management for the BID team, engage with key stakeholders, including levy payers, local authorities, and community organisations.

A key aspect of the role is the delivery of the BID business plan against key objectives and within agreed budgets.

The BID has just over 500 levy payers and is in its third term after a successful ballot in October 2019 when 89.9 per cent of levy payers voted for BID to continue its work.

For more details about the BID role, visit https://www.mansfieldbid.co.uk/bid-ceo-job/