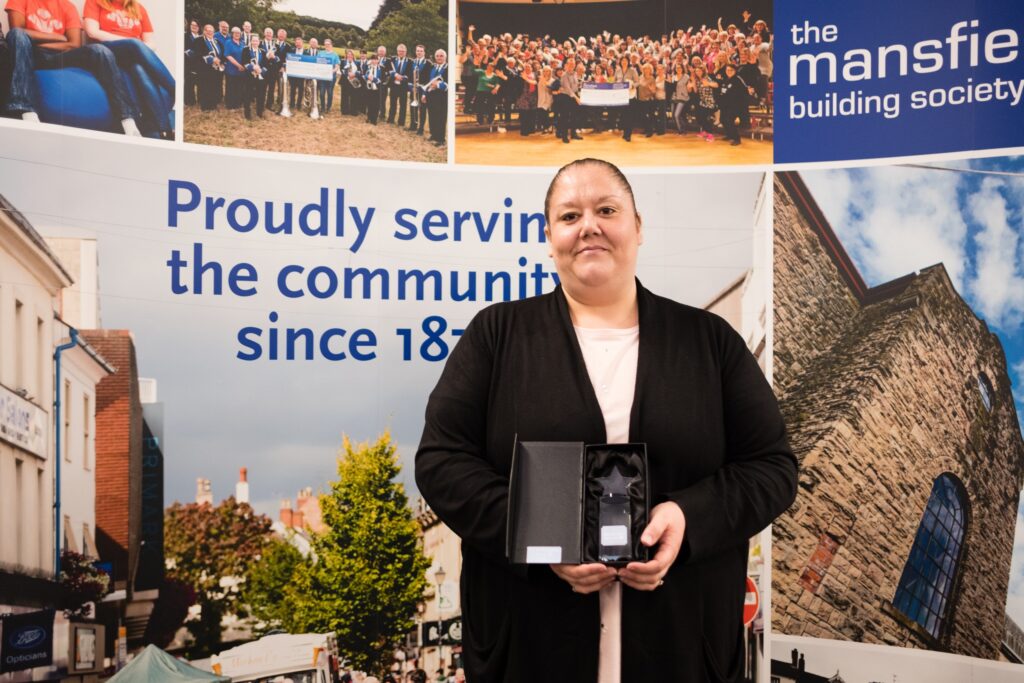 Mansfield Building Society is reaching out to local groups and charities in the Nottinghamshire and Derbyshire area in a bid to find its 2019 Community Star. Organisations are encouraged by the Society to nominate volunteers for their commitment and dedication to improving the lives of local people.
The award, which is in its third successive year, recognises the incredible hard work and value that volunteers give to their chosen cause.
The winner of this year’s award will receive a £100 Love2Shop voucher, with their group or charity also receiving a £150 cash donation from the Society. The award will be presented at the Society’s 149th Annual General Meeting on Thursday 25 April 2019 at Mansfield Library.
The Community Star Award was launched by the Society in 2017, with Jo Scott from Nottinghamshire Search and Rescue becoming the first ever winner. Sarah Spalding from Mansfield Soup Kitchen won the award last year for her devotion to helping those sleeping rough on the streets of Mansfield.
Last year’s award saw an impressive number of high-quality applications which resulted in two other members of the local community being recognised for their dedication.
Richard Walker of Chesterfield Amateur Boxing Club and Tagan Masters of From the Heart Charity both received special recognition from the Society. Richard, an octogenarian coach, was awarded a Lifetime Community Contribution Award for his many years training boxers, and teenager Tagan received a Young Community Star Award for helping her chosen charity.
As a mutual building society, The Mansfield is an avid contributor to local charities and community groups, offering financial aid through its Charitable Trust and Community Support Scheme as well as volunteering through its Work in the Community initiative.
Branch and Community Development Manager, Nicola Caulton, said
“As a local building society, our core objective is to serve our members and the community in our Heartland Area. The award has been a great success and we’re excited to be shining a light on the excellent work that local community groups and their volunteers do.

We enjoy hosting the Community Star Award at our AGM because we can praise some of the fantastic volunteer work being done in our region. We believe in putting people first and we want charities and community groups to come forward to tell us about the terrific local people who make such a difference to our community.”
Charities and community groups can nominate their volunteer at the Society’s website mansfieldbs.co.uk/community-star. Closing date for nominations is midnight Saturday 31 March 2018.