Region’s businesses look for greater certainty in 2020
Findings from the Quarterly Economic Survey for Q4 2019 are once again characterised by long-running uncertainty, resulting in another mixed picture across the region, the latest data from East Midlands Chamber suggests.
Advanced orders/bookings struggled in the final quarter of the year, particularly in the manufacturing sector, while any growth in overseas activity remained modest or stable.
Longer-term confidence softened quarter-on-quarter for turnover expectations and remained flat for profitability. There was an increase in those seeing their workforce grow over the past quarter, however there was a decrease in those expecting to grow employee numbers over the coming quarter.
Meanwhile, there was a sharp increase in those experiencing the perennial issue of sourcing and recruiting the right employees; especially in unskilled or semi-skilled roles.
However, Q4 delivered reasons for optimism ahead of a year that, on the face of it, should offer a more stable and certain business climate.Following a poor Q3, sales activity improved towards the end of the year, while cashflow recovered, returning to positive territory.Encouragingly, there were also tentative signs of positive investment intentions, as the contraction of Q3 gave way to a more positive picture of businesses looking to invest heading into 2020.
Chris Hobson, Director of Policy at the Chamber, said: “The year ended much as it had started for business; with uncertainty once again characterising the results of the survey. At the time the survey was live, for example, the country was in the midst of a snap general election, while Boris Johnson’s Withdrawal Bill had yet to be passed.
“Such uncertainty had a material impact on the decisions taken by customers and business owners alike and undoubtedly impacted on the sentiment within QES Q4.
“With 2020 now underway, businesses have a deal more certainty – we have an EU exit date of 31 January and the country has a Government with a healthy majority; it will be interesting to see how a more stable political climate impacts the findings for Q1 2020.
“There are also strong messages coming out of Downing Street around the need to ‘level-up’ and support regions of the country – like the East Midlands – that have previously not benefited as strongly from Government investment and focus. A key early test for what this means in practical terms comes on 11 March, with the Treasury’s Budget.”
“If Government uses the March Budget opportunity to address some of the bread and butter issues that frustrate on a day-to-day basis, this would give businesses a real and immediate boost – acting to support them through a year where uncertainty on our future relationships and ways of working with key trading partners will continue to exist.”
To view the report in full, please click here. 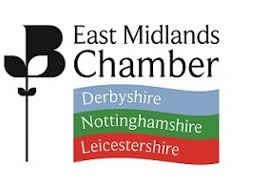