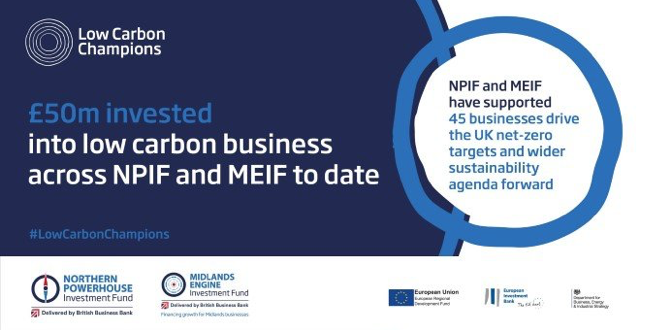 The British Business Bank’s regional funds – the Midlands Engine Investment Fund (MEIF) and the Northern Powerhouse Investment Fund (NPIF) – have enabled more than £50m of investment, including from the private sector, into small businesses in the Midlands and North of England to reduce their carbon footprint and support developing innovative solutions to tackling climate change.
Highlighting a commitment to contribute to funding the future of the low carbon and renewable economy, since launch the NPIF and MEIF have, in total, supported 45 businesses in their mission to contribute to the UK’s net-zero and wider sustainability agenda forward.
Recognising the power of these businesses in contributing to the regional green economy, NPIF and MEIF are working with fund managers, Combined Authorities, Local Enterprise Partnerships, growth hubs and regional stakeholders in the public and private sector to deliver finance from the Funds and private sector investors.
Following the Sixth Carbon Budget published by the Climate Change Committee in December last year, the UK Government has agreed a revised target of reducing national emissions by 78 per cent by 2035, which will be enshrined in law by the end of June 2021
The Midlands is a region with significant capability in energy, enabled by its strategic location, industrial heritage and as a leader in innovation. The power and fuel industries have evolved to respond to emerging needs, with advanced technologies powering growth.
The region aims to leads the way in the green growth and low carbon transition, notably by its current work in developing sustainable solutions, such as East Midlands Development Corporation, Freeports and a focus on offshore wind and hydrogen, battery technologies, carbon neutral transport, decarbonisation and zero carbon growth.
By progressing net-zero targets, the West Midlands Combined Authority estimates that 21,000 new jobs could be created in the region over the next five years, or 92,000 by 2041. Further analysis also reveals that increased demand for renewables and low carbon technologies could enable the Midlands to tap into a larger pool of 1.7 million new green jobs – half of which are likely to be located in the Midlands, North and Scotland.
Click on the image to book your place. 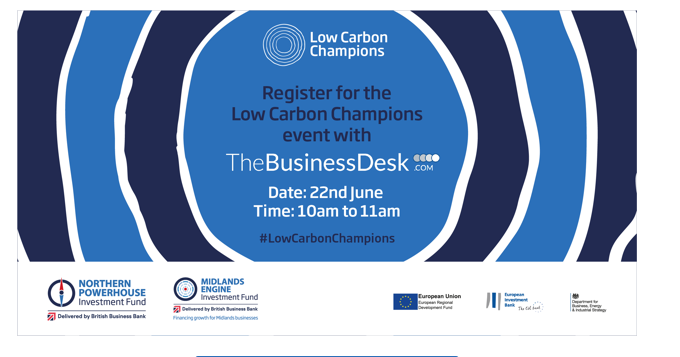