School’s Out – kindness is in 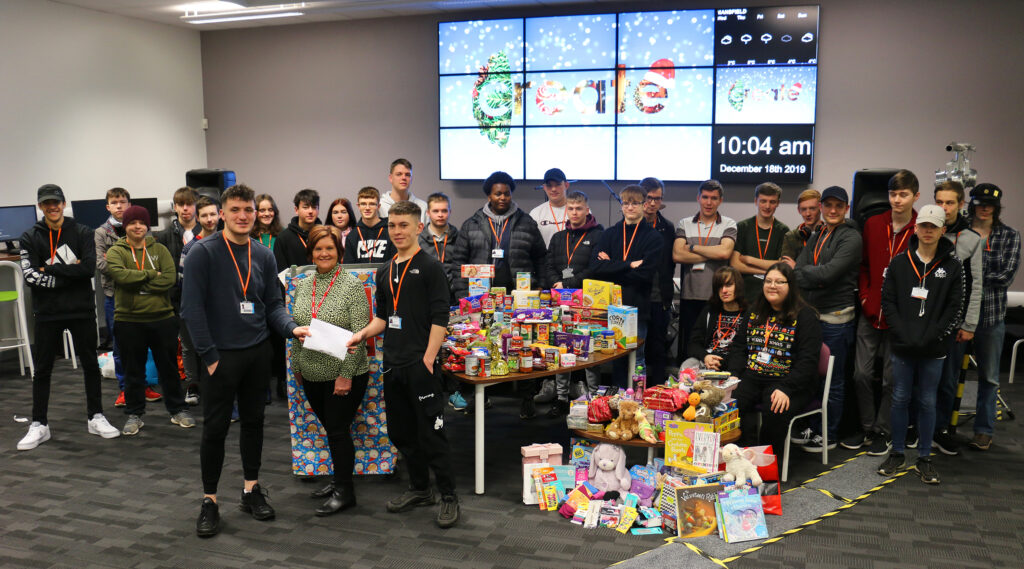 Staff and students at West Nottinghamshire College have been filling crates, bags and boxes full of food, toys and toiletries for one of Mansfield’s newest charities, before they leave for their Christmas break.
This week (18 December), Janet Spencer, the co-ordinator of the School’s Out Project, visited the college’s creative arts curriculum to take delivery of the food and gifts which have been collected over the past few weeks.
School’s Out was established in June this year and was originally set up to provide school uniforms to deprived families in the Mansfield area. However, it was discovered through the schools and liaison officers that there was a much greater need for children to receive meals during the school holidays.
The project took this on board and began preparing food parcels and a £5 Morrison’s shopping voucher, as well as the school uniform, for families during the summer, autumn and now Christmas holidays.
Families in need are reached via the schools route, and volunteers from the School’s Out Project take the donations direct to schools. The number of Mansfield schools taking part has grown from four to 14.
As Christmas approaches, the prospect for many families is bleak, with little hope of affording festive food let alone gifts for children and the college has been proud to lend its support.
To make this Christmas one to remember for children and their families, students in TV and film, digital media and health and social care have been collecting dried, tinned and packets of food and toiletries. Meanwhile, staff have been busy donating gifts for children of all ages. 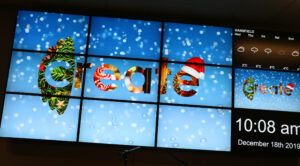 Students met with Janet in the college’s Create hub at the Derby Road campus and presented her with the vast array of kind donations as well as a cash donation of £43.
Janet said: “This is just an amazing amount of food and gifts – the kindness here at the college is just wonderful and will help so many families who are in need who will be visiting us at the National Union of Mineworkers’ Mansfield office this weekend.
“Everything here will be used to make up the parcels and on Saturday (21 December) families will be given a hamper with everything they need for a Christmas meal, including fresh vegetables, stuffing, tins of ham or salmon and biscuits.
“Children will have the chance to see Santa and each have a gift and a selection box to take away. In these times of austerity we’ve seen just how many people aren’t able to afford the basics and this is just one small way of trying to help during these times.”
Jane Fishwick, the assistant principal for HE, academic, digital, creative and professional studies, said: “Everyone has been so generous with their donating. I’ve watched the collection point we set up just grow and grow. Janet has had to make two pick-ups as there have been so many items given.
“We can help people in our community have a little cheer this Christmas by each giving a small gift or food item and I’d like us to be involved in this initiative more as we now know the project is needed by families throughout the year.”