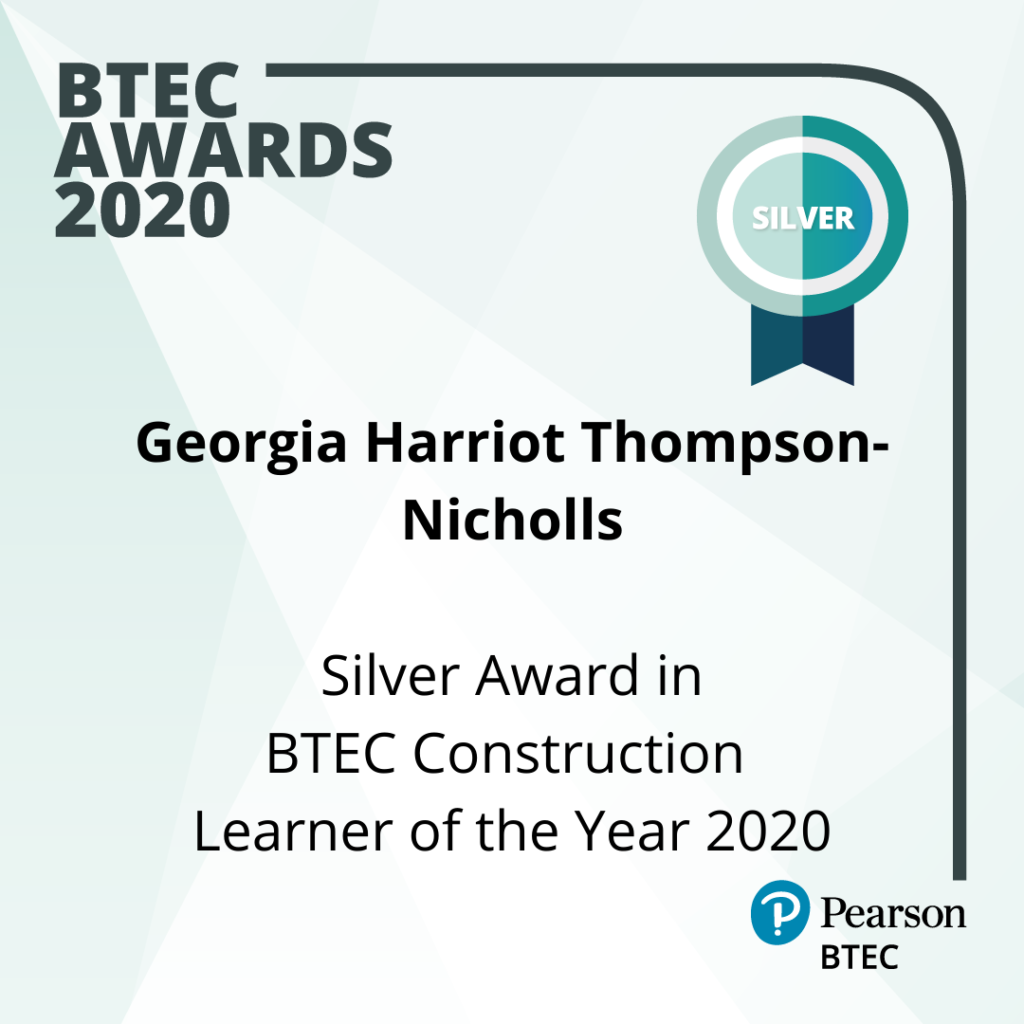 A national awards ceremony hosted online has seen a West Nottinghamshire College construction student scoop a silver award for her endeavours and commitment to her course.
Eighteen-year-old Georgia Thompson-Nicolls’ hard work and dedication was celebrated at the tenth anniversary of Pearson’s annual BTEC Awards earning her the title of BTEC Construction Student of the Year in the BTEC Awards 2020. 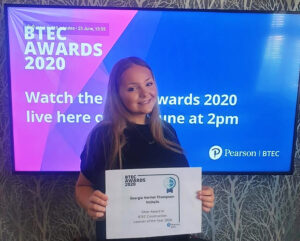 She was one of only three silver medallists in the Construction Student of the Year category of the awards, which attracted 460 nominations from 21 countries, and were held online and broadcast on YouTube on Thursday (25 June).
Georgia was nominated by tutor Adam Thompson for her dedication and commitment to her studies on the BTEC Extended Diploma in Construction and the Built Environment. The 18-year-old, from Kirkby-in-Ashfield, was the only female learner at the time she enrolled but Adam says this never phased Georgia, who has consistently performed to an excellent standard – achieving triple distinction star grade

“I was overwhelmed at even being nominated, never mind winning a silver award!
“I feel very lucky to achieve silver – it’s a huge achievement as there were so many nominations. It felt overwhelming watching the awards ceremony and it was still brilliant being delivered online.
“I’m so grateful to Adam for putting me forward for the award and helping me gain so much confidence in construction throughout the two years on the course.
“Education was difficult for me as I had to learn to read and write the English language from the age of 11 as my family moved from Spain to the UK.
“The course has helped me in so many ways, from achieving my grades to getting into my first-choice university – Nottingham Trent to study building surveying. College has inspired me to want to become a building surveyor after carrying out roles and projects in this industry.
“I’m just so proud of my achievements and I’ve had a passion for construction since Year 10 and latterly on the BTEC at college. To get this silver award truly completes my achievements and it will hopefully lead me to the future career I really want.”

Having achieved triple distinction star grades on the BTEC Extended Diploma in Construction and the Built Environment, she is now going to study building surveying at Nottingham Trent University as she continues on her journey to a future career in the industry. 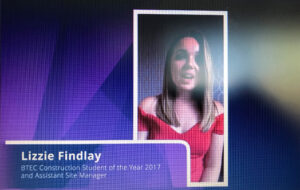 Georgia’s award crowns an amazing run of success for the construction and building services department, which has produced two outright winners and two silver medallists in this category over the last five years, with Sam Bispham and Lizzie Findlay being crowned BTEC Construction Student of the Year in 2016 and 2017 respectively, while Will Holmes won a silver runner-up award in the construction category last year.
And Lizzie was invited by Pearson to present the Science Learner of the Year Award online this year, which went to Derbyshire’s Tupton Hall School student Hannah Whyatt.
Lizzie is now an assistant site manager with home-building company Keepmoat at its Shirebrook site, where she began as a trainee after completing her course at the college.
Lizzie said: “Being asked to present at the BTEC awards when I was on the other side as a student just a few years ago was an absolute honour.
“BTEC has given me so many opportunities and created a pathway for me to start my career journey. Seeing other students with the same opportunities to progress is so heart-warming.”

More about the BTEC Awards
The 2020 BTEC Awards comprised of 17 categories and was hosted by presenter of the United Stand, YouTube influencer and BTEC Ambassador, Flex, with awards presented by Double Olympic Gold medallist Max Whitlock as well as actress and former BTEC Drama student at The BRIT School, Kellie Shirley. The expert panel of judges made up of Pearson’s senior leadership team, journalists and external experts, carefully considered the nominees before deciding on the winners.
Because of COVID this year’s awards were held online for the first time in ten years.
In the UK and further afield, BTECs have helped generations of learners from different walks of life succeed and prosper. BTECs are a vital route for people working in the sectors the government will be focusing on to rebuild the UK economy in the wake of coronavirus, such as construction and engineering.