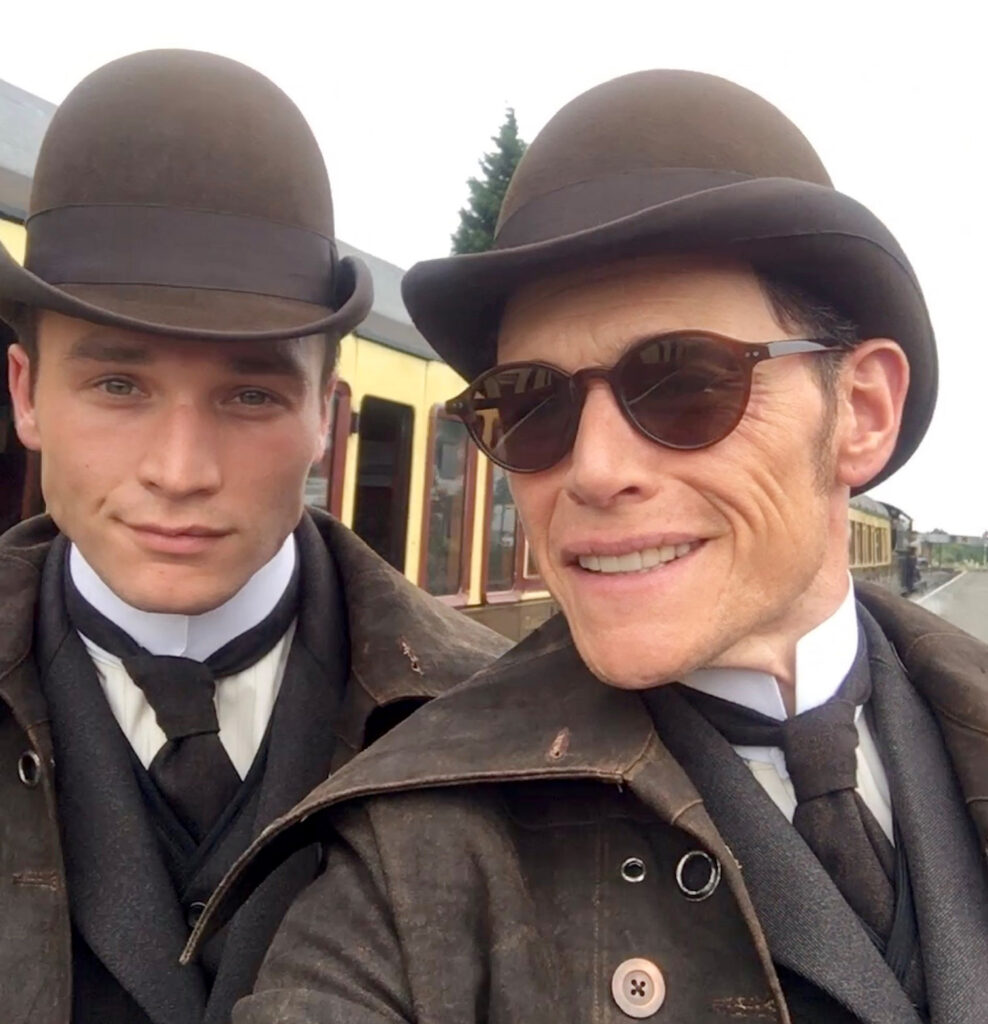 From international athletes to sports and neuroscientists, top film stunt performers and gym owners – these were the online guests during West Nottinghamshire College’s sports students’ industry week.
Level 1, 2 and 3 sports students benefitted from a wealth of advice, knowledge and professional sporting backgrounds from special guests across the UK and the USA. 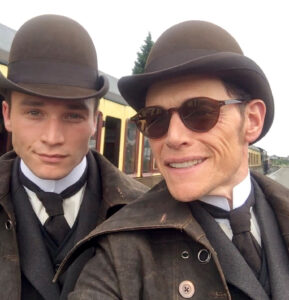 Top stunt performer Matt Bell, who has appeared in films such as Star Wars, Spiderman, 1917, Fast and Furious 9 and Enola Holmes, was a big hit with students who learnt about his exciting career.
The 29-year-old, who has also worked on TV shows for the BBC, Sky and Amazon Prime, shared his sporting experience with students, describing the kind of skills needed for his job, including acrobatics, gym skills, martial arts, scuba and swimming.
He explained the process of how to become a member of the British Stunt Register and the training and experience required, while students asked him about how he deals with sports injuries and maintaining motivation in a varied and physical career. 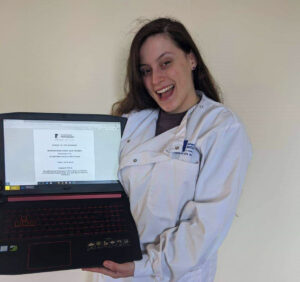 Seventh Dan black belt in taekwondo and former vice president of British Taekwondo, Mike McKenzie joined students live on Microsoft Teams to talk about his experience and success in the martial art.Students quizzed Mike about his 30 years of dedication to the sport as well as his expertise in coaching. Mike, who founded the Quest Taekwondo group in the 1980s, described how he instils confidence and skills in his athletes. He spoke of the importance of being organised and working hard to maintain goals and objectives.
A University of Nottingham graduate neuroscientist joined students to discuss the potential of progression to neuroscience from sports science. Sara-Rose Higgins, who graduated from NTU last year, also spoke about the kind of clinical areas that her degree could now progress on to, including a physician’s associate, research scientist, sports neurologist or into the world of clinical research. 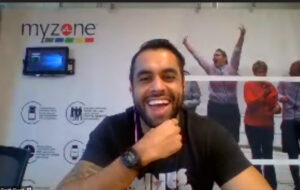 Gareth Wallen, Myzone business development manager and professional wrestler shared his career and life experiences in the fitness industry. Gareth, who has held UK heavyweight and tag championships in wrestling, described both his and his dad’s – Dave ‘butcher’ Bond’s careers in wrestling.
His experience with maketing and sales in the fitness industry has since given him success in his role as business development manager at Myzone – the company which makes wearable heart rate exercise technology.
Arianne Ware from Camp America joined the groups of students to share the wealth of opportunities that are available to work abroad over the summer break and after their course ends.
Higher education lecturers from Nottingham Trent University were on-hand to give their expertise in a range of subjects. Dr Nathan Cobb, lecturer in performance analysis, Ben Ashdown, lecturer in sport psychology spent time online with classes to highlight how their areas of study are used in the sports industry. Luke Gilbert, who is principal lecturer of sport and exercise science from NTU, provided an excellent insight into his journey towards his current role.

Dan Plant and Emma Richardson, owners of Farnsfield-based My Gym Space, lent their time to students to talk about their journey of building a successful fitness business. The pair explained how their joint love of fitness spurred them on to look at setting-up their own gym, which was first based in Kirkby-in-Ashfield.
Now situated on Hexgreave Hall’s estate, Farnsfield, the gym has continued to flourish even through a difficult 2020. Dan shared with students how good business sense, attention to marketing, sales techniques and retention incentives are key to keeping a business strong.
Students were able to enquire more about coaching techniques as well as enquire about potential work experience at the My Gym Space premises.
Another gym owner, Chris Melhuish, owner and head coach at Ultimate Health and Fitness in Ripley, Derbyshire, spoke to groups about his background in the fitness industry which spans 15 years, having worked on cruise ships, been a fitness instructor and owner of his own gym.
Jason Lee, equalities education executive for the Professional Footballers’ Association spent time speaking to students about equality in sport and the importance of education both during and after a player’s career.
Jason, who has played for teams including Nottingham Forest, Charlton Athletic, Peterborough United, Southend United, Watford and Notts County, was able to answer a number of students’ questions relating to the sport and the careers available in the sports sector.
Another guest who featured live from New York was Brad Schoenfeld, PhD, author of The Max Muscle Plan and Science and Development of Muscle Hypertrophy – both specialist books in fitness and the human body. Brad is an internationally-renowned fitness expert and is widely-regarded expert on body composition training.
Learners were able to ask Brad about different types of exercise for different types of bodies, which they learn about in class. Topics such as cardio training, training for muscle growth and general performance were brought up in the talk with him.
Josh Owens, 16, who is on the BTEC Level 3 Sport Extended Diploma – Mansfield Town Performance Football, said: “I discovered that you won’t always get to your dream job straight away. Our guests showed us that you have to take different routes to get to where you want to be, and the different opportunities you take will progress you in becoming more experienced in a future place of work.”
Tutor Maria Higgins said: “Last week was simply amazing. I was delighted to be able to invite all of our distinguished and well-learned guests to our employability sessions with the students.
“Despite not being classroom based at the moment, this certainly didn’t hinder just how much the students learnt from a mass of expertise and knowledge from these people. Students showed great interest and initiative which was reflected in the questions they asked and it was brilliant to be able to establish these networks with health and fitness professionals.”