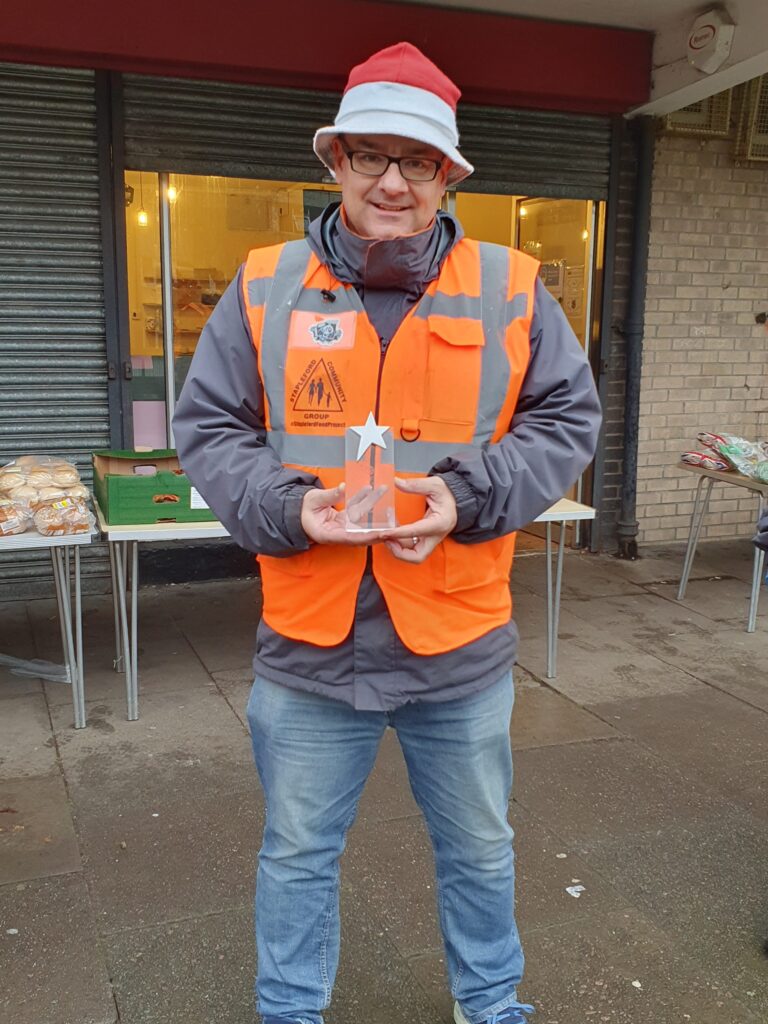 Stapleford Community Group volunteer, Richard MacRae, has been awarded Mansfield Building Society’s Community Star Award for 2020.
Richard won the award in recognition of the work he has done for the people of Stapleford, including collecting donations and delivering food parcels, organising job fairs and estate clear-ups, and even putting down sand bags to help residents at risk of flooding.
As well as being crowned ‘Community Star’, Richard won £100 Love2Shop vouchers and a £250 donation to Stapleford Community group.
In addition, Amanda Hill from Clipstone Miners Welfare Community Trust was named runner-up, receiving the Society’s ‘Highly Commended’ award for her tireless work running a number of community groups in Clipstone, including the local youth club which she runs with the help of her daughters.
The awards were made following nominations earlier in the year as part of preparations for the Society’s community event at its Annual General Meeting.  As social distancing measures prevented the physical event from happening, this year’s honours have had to be awarded remotely.
Mansfield Building Society’s Community Star award is now in its fourth year and recognises the amazing work that volunteers do to help improve the lives of people in the local community.

Richard Crisp, Commercial Development Executive said that, yet again, the commitment and dedication shown by volunteers in the Society’s Heartland Area has been truly heart-warming:
“We received some excellent nominations for this year’s Community Star Award and, now more than ever, our communities need people like Richard and Amanda as the impact of the pandemic is felt across the country.
Even though the last 12 months have been incredibly challenging, we didn’t want the year to pass without recognising these extraordinary individuals who continue support some of the most vulnerable people in society.”

Community Star, Richard MacRae, said that his voluntary work was all the more fulfilling because of the support the whole group offered:
“I’m delighted to receive this award on behalf of the team. There is something very special about our local community spirit and I’m proud to be making a real difference to people’s lives.
I’m grateful to Mansfield Building Society for this award which I hope inspires others – I look forward to passing on the baton to next year’s ‘Community Star’ when we’re all able to meet safely again.”