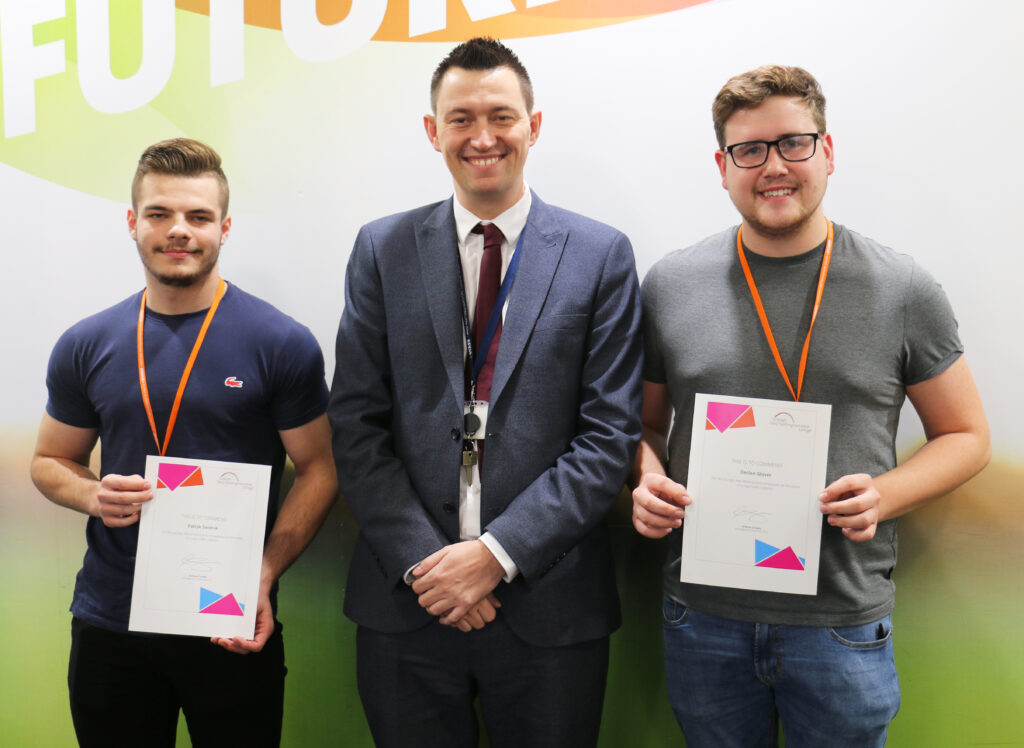 Two A Level students from West Nottinghamshire College have been hailed as heroes by classmates and tutors after they stepped into action at a local road traffic collision.

It was a regular Friday night out in September for pals Declan Glover and Patryk Swidnik, both 17, who had been enjoying drinks in Mansfield with friends after a busy week at college.

It was on their return home in a taxi later, that their night took a dramatic turn. They spotted an accident which had just happened on the road back home towards Shirebrook so the driver, Dec and Pat all got out the car.

Dec said: “It was a two car crash and I went towards a lady who was sitting on the ground and was nursing a cut to her head. Her car had rotated 180 degrees and was badly smashed up but she managed to get out. I held a compression to her head and kept her neck still.”

Pat said: “Our adrenaline was certainly flowing but it was good to be on the scene to help. We’ve both studying hard at college with the dream of becoming doctors or surgeons, so for us, being able to help in such a situation felt both natural and satisfying.”

When the police arrived they gave the boys some medical gloves and lights and let them continue to assist until the fire service and ambulance arrived some thirty minutes later.

Head of the college’s A Level department Matt Ridgill said: “I am so proud of Pat and Dec. The person involved in the accident is actually a friend of mine and it was on her Facebook account that weekend where I saw the details of the accident and noticed the lads’ tagged in it.

“I was so proud that they intervened and I was very confident they’d have been a great comfort and support at the accident. I am also very glad that this experience appears to have reinforced their desire to work in medicine.”