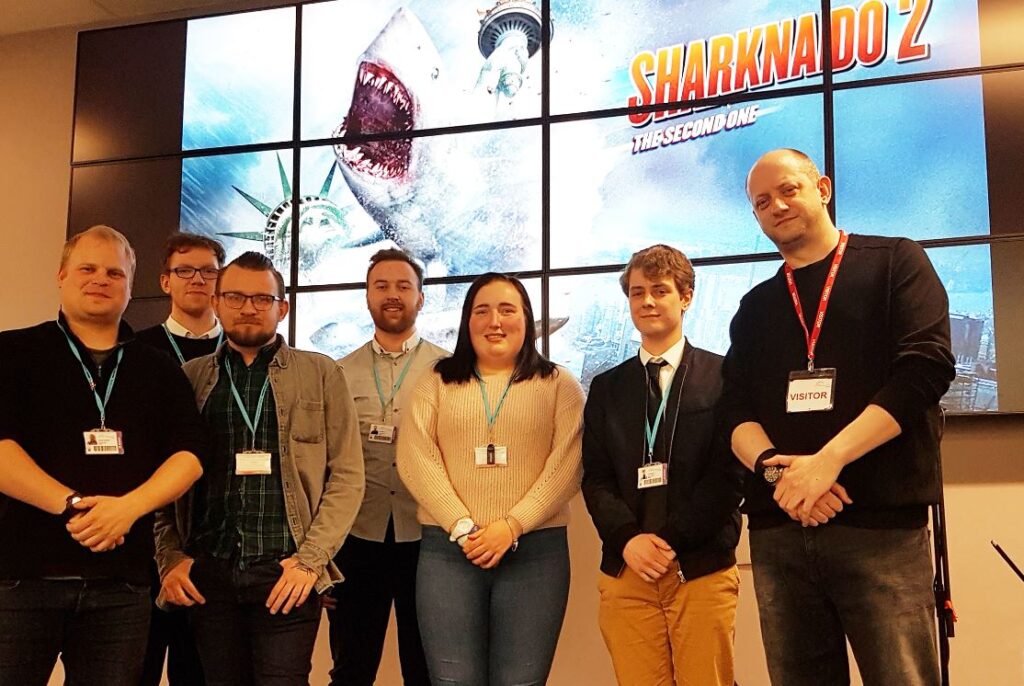 A visual effects specialist, who has worked on films such as Sharknado and Three Headed Shark Attack, has visited West Nottinghamshire College’s creative media students to give them tips on the artistic side of film-making.

Steven Clarke is one half of design company CKVFX. Together with business partner Paul Knott they’ve been the artistic talent behind ‘mock busters’ such as Sharknado – a term which Steven happily accepts!

During Steven’s visit to the college on Friday (17 May), creative media students pitched their ideas for potential films which would utilise their own visual effects skills using the software and technology which they’re currently learning about in class such as Lightwave and After Effects in animation production.

HND Interactive Media student Daniel Day, was the first student to present his idea for a movie idea. He said: “My film, entitled Arrival, is based on a concept about an alien arriving on earth. I created a 3D model in a filmed environment with special effects.

“It was good to present to Steven as we were able to get his professional feedback and his insight into the best techniques, as sometimes it’s tricky working with new or updated software.

“I have one more year of study at the college and then I’ll be looking towards beginning my career in film VFX.”

Steve, who saw 12 students’ film concepts, said: “It’s been really insightful seeing the students’ really creative ideas for movies. They’re clearly getting great tutoring on the available software and applying this with their imaginations to come up with some great content for this style of film.”

Steven and Paul’s work can be seen here at https://www.youtube.com/user/TheMightySpud