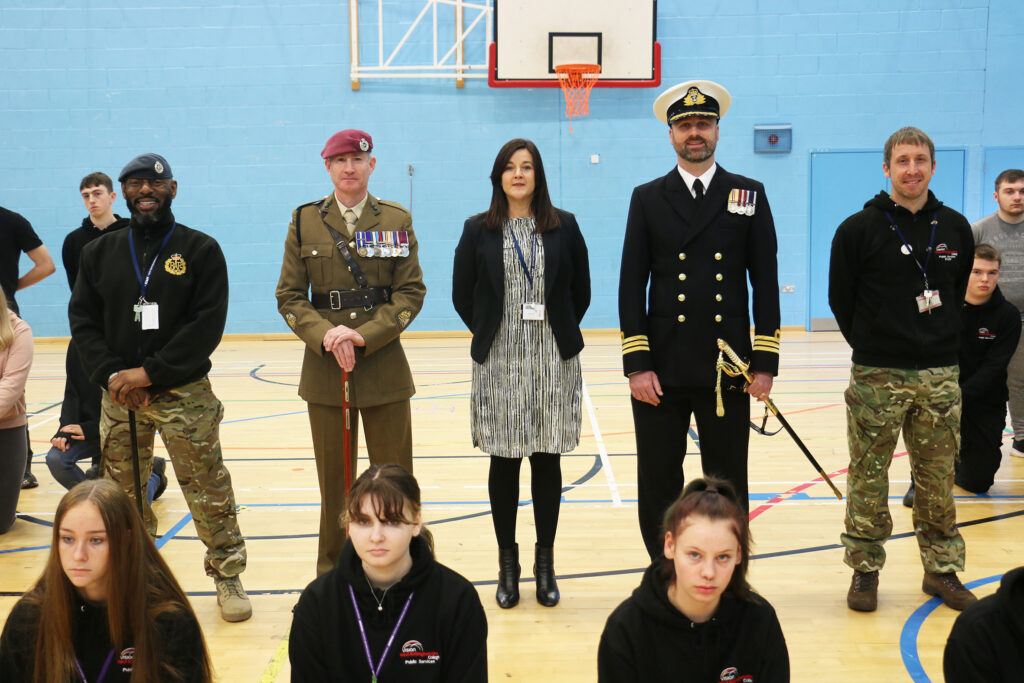 Two high-ranking military personnel have visited West Nottinghamshire College to give public services students a vital insight into army and navy careers.
The Royal Navy’s Lieutenant Commander (Lt Cdr) John Coates and the Army’s Regimental Sergeant Major (RSM) Wayne Hall were on hand before the half-term break to present to student troops about the breadth of career options in the services, their lives in the military and their own career starting points.
The groups of students welcomed their guests stood in the traditional style of a military drill, which they have been taught along with other basic movements, while on the public services courses.
Students were able to ask about the different kinds of experiences in the forces including what it’s like to live and work away from home, what the lifestyle of a person in the military is like and how to apply for jobs.
Lt Cdr Coates and RSM Hall both gave their accounts of work in Cypress, Afghanistan and their involvement in a number of international major incidents. They spoke of what it’s like to be away from their families while performing their duties.
They were able to let students know about the recruitment process when applying for the army or navy, the kind of attributes needed to forge a career in the military as well as the importance of maths and English skills needed for various job roles.
Head of hairdressing, beauty, sport and public services Sarah Morley, said: “It was a pleasure to welcome our guests with their wealth of experience for our students to discover more about. The combination of guests like this with our teaching staff who have military backgrounds is adding such value to our students’ experiences as they move forward with exploring such careers.” 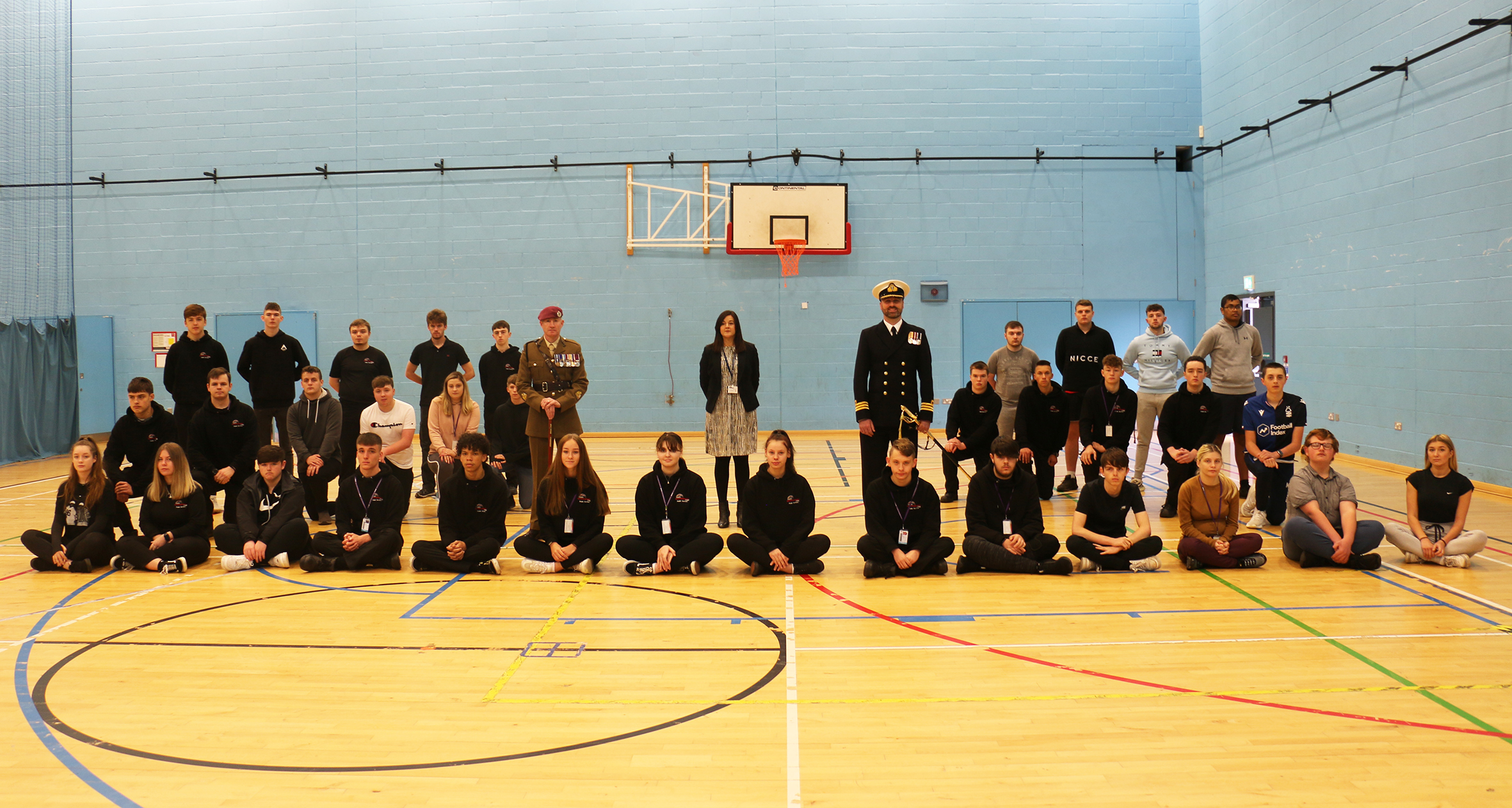 RSM Wayne Hall, who is based in Gloucester, said: “As I leave my full-time military position next year I’m delighted to be coming to teach at West Nottinghamshire College. I’m already teaching one of the groups once a week and I’m impressed with their enthusiasm in the army. I’m hoping to arrange a visit for them in the near future to Nottingham’s Chetwynd Barracks as well as NATO headquarters in Gloucester.”
Lt Cdr John Coates is responsible for work plans for over 1,400 military doctors and nurses, anaesthetists, lab technicians and radiographers across the UK’s military hospitals. He is based at Litchfield Army Barracks but he is currently working from home.
He said: “The groups have engaged really well with us and asked some very intelligent questions about future careers. I’ve tried to emphasise how much hard work is to get into the armed forces. However, it is a stable career and not one person in the UK forces has been furloughed during COVID-19.”