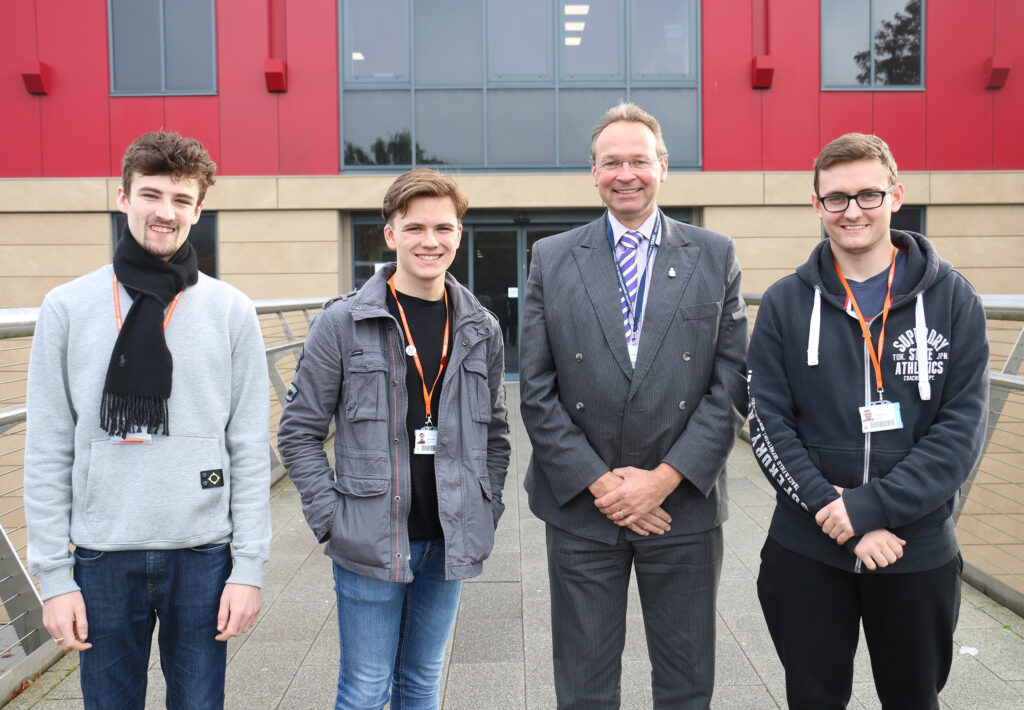 Up for grabs were three positions of site president at West Nottinghamshire College’s campuses – Derby Road, in Mansfield; its engineering centre, in Sutton-in-Ashfield; and construction centre, in Kirkby-in-Ashfield – for the current academic year.

A four-week election campaign saw candidates for the voluntary roles produce official manifestos containing their pledges and aspirations, before canvassing students at their campus in the hope of securing the all-important votes needed to claim victory.

The campaign culminated in ‘voting week’, which ended on Friday 18 October. Following the counting of votes, the trio of successful candidates have been announced.

Lewis Thacker, a first-year student who is studying A-levels in politics, law and history, was elected as president of the Derby Road campus after campaigning for equal opportunities, improved mental health awareness and facilities, and access to free sanitary pads and tampons for students.

The 16-year-old, from Sutton-in-Ashfield, said: “I would like to thank everybody who voted for me. I hope during the next 12 months I will be able to improve the student experience at Derby Road and put some of my plans into action. I’m really looking forward to getting stuck into the role.”

Jordan Stanford, a second-year student on the Level 3 Extended Diploma in Engineering, was voted in as president of the college’s engineering centre, after campaigning for a recreational area to give students their own space to relax in between lessons, bike and bus shelters, a 3D printer for project prototyping, and more enrichment lessons at the site in Oddicroft Lane.

Twenty-four-year-old Jordan, of Kirkby-in-Ashfield, said: “Students often have great ideas and know what they want, but don’t necessarily have the confidence to speak up. It’s important that students have a voice and can express it to me, so that I can try to make a difference on their behalf. ”

The 20-year-old, also of Kirkby-in-Ashfield, has pledged to push for greater investment in workshop equipment and a review of canteen food, and to ask students about the positive and negative aspects of their course in order to see what can be improved.

Lewis said: “I’m really keen to bring students at the construction centre together, improve communication between the diverse range of learners, and help them have a say in how they are taught and how lessons are delivered. My main focus is to push for more resources to enable students to carry out their work more efficiently.”

The successful trio’s main role will be to represent, and be the voice of, students at their campus; taking their views to the college’s senior management team. They will also be tasked with developing a programme of events and activities, helping organise clubs and societies, and implementing their ideas to benefit the student experience.

Principal and chief executive Andrew Cropley said: “Congratulations to our new Students’ Union site presidents on securing these vitally-important roles. Their manifestos were very impressive and it’s clear they have students’ interests at the heart of what they stand for. I’m really looking forward to working with them and seeing how we can make some of their aspirations a reality.”