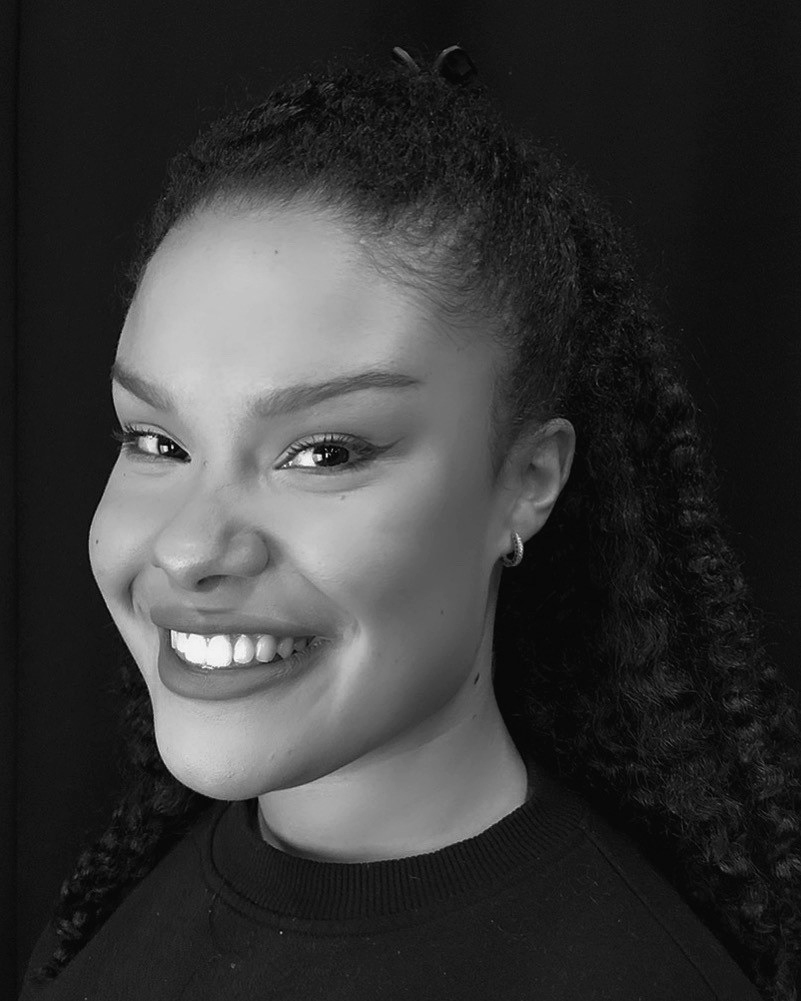 A musical theatre student from West Nottinghamshire College is excited to be heading to Liverpool to tread the boards at a prestigious training academy.
Tiana Harrison, from Shirebrook, will be taking her love for all things theatre and dance to Liverpool Media Academy (LMA) in September to embark on a three-year long BA (Hons) in Musical Theatre to pursue her dream career.
Once she completes the BTEC National Foundation Diploma in Performing Arts – Dance and Musical Theatre at the college’s Derby Road campus, Tiana will be taking her skills in singing and dancing to the academy, which offers a wide range of Level 3 and BA (Hons) degrees in media, music and performing arts, is co-owned by singer Robbie Williams.
Tiana was successful in obtaining a place at the academy which is based at the Metquarter complex in Liverpool following submitting an audition via videotape which she filmed in college. Her monologue, song and dance piece, which was choreographed by her tutor Charlene Roberts, was sent at the end of November 2020.
Tiana said: “All the material I used, was what I had been working on with my college tutors, so I felt really prepared. I sent my audition off on 30 November and found out the next day (1st December) that I had been accepted at the academy! It felt like a dream.
“I can’t wait to join. I know that the courses is very intense with some days being around eight hours long, but I’m so excited. I’ll be 19 by the time I move to Liverpool and I do feel ready to spread my wings. I am already an independent person and lockdown has given me plenty of opportunity to brush-up on my cooking and cleaning skills. I will be staying in students’ accommodation and I’ve already booked my room and have been in contact with my flatmates. They’re so lovely and I can’t wait to meet them.”
Tiana’s love of all things theatre blossomed at a young age. She recalls her nana taking her to shows at Mansfield’s Palace Theatre as a little girl and she began honing her dancing skills from the age of three at the Harlequin School of Dance in Shirebrook, where she picked up skills in ballet, pointe, tap, modern jazz, musical theatre, theatre craft, freestyle and street dance.
She got a buzz from performing on stage herself at the Palace Theatre and local festivals and in 2017 she began her role as assistant teacher at the Harlequin School of Dance teaching young students. She cites the singer, song-writer and television personality Jane McDonald as her true inspiration as she has worked on TV as well as cruise ships – something Tiana would love to do.
Her tutor Charlene Roberts said: “Tiana is a highly motivated student who participates in class with creativity and a great deal of enthusiasm. Her willingness to lead, organise, and inspire others is well noted. She is a very experienced performer with a strong awareness of rehearsal and production etiquette and has a natural understanding of what is required both on and off stage and I’m really confident that she’ll see equal success on her degree in Liverpool.”
Tianna is looking forward to meeting Robbie Williams at the academy and adds: “My mum is extremely jealous as Robbie was her teenage heart throb!”
“I’ve made some friends for life at college who have made me more confident every single day. Theatre kids really do make the best of friends.
“One of my best friends Anna Speed, who attended the college and Harlequin School of Dance with me has secured a place on the BA (hons) Dance Performance course. My classmate Lily Davis is also going to study the BA (hons) Musical Theatre course. Liverpool is lucky to have such great talent coming their way!