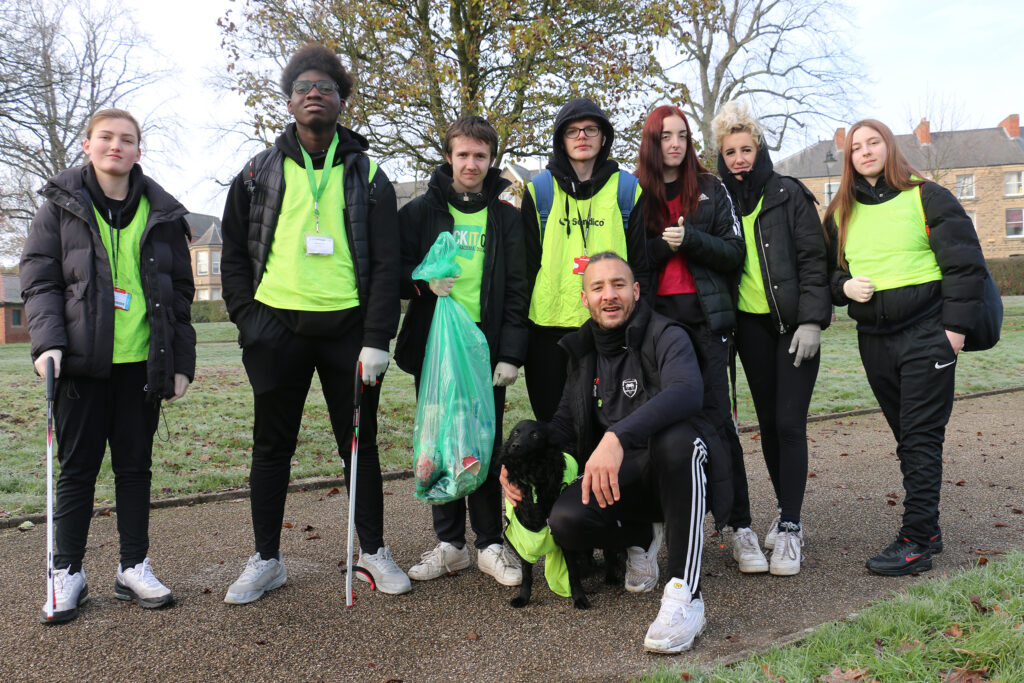 Sports students from West Nottinghamshire College have joined forces with a Nottingham-based youth support enterprise for a month of sport, coaching, skills enhancing and helping the community.

The Level 1 and 2 sport students have enjoyed sessions at the college’s Derby Road-based sports hall courtesy of The Pythian Club, including basketball, boxing, football, personal mentoring and discussion groups to kick-start a community action project.

The Pythian Club was formed in 2014 to provide sustainable and unique programmes that directly work towards supporting and mentoring young people with the aim of reducing youth violence and driving community cohesion.

The club delivers this through a framework of sport, art and educational programmes within the community, educational settings and from its base within the Heathfield Community Centre in Nottingham and is the brainchild of chief executive and founder Ben Rosser, a former police constable.

Ben and his colleagues visited students at West Notts College throughout November and December to help sports students to get stuck into some of their favourite sports, being coached by Ben’s team of volunteers.

Students were introduced to team sports which they may not practice on their curriculum, such as basketball, football and boxing and were given professional tips via the Pythian mentors, which helped them to understand more about the rules and teamwork required.

Time was also spent carefully planning out the students’ CVs and gathering confidence when thinking about interviews for jobs or volunteering positions.

Students were also asked to consider a local issue that they would like to resolve. Between the groups, a litter pick at a Mansfield-based park was mooted and plans began to put a strategy together to tackle picking litter at Titchfield Park and the neighbouring areas.

Level 2 sport student, Mollie Radford, said: “We’ve been getting involved in all different sports and also been getting our CVs ready. It’s nice to be getting a different level of mentorship from this outside company. It was great to work together on the social exercise at Titchfield Park, helping to clear up the litter to make it a more inviting place for parents to come with their children.”

CEO of The Pythian Club, Ben Rosser, said: “We are honoured and excited to have worked alongside some inspiring, passionate and determined young people that want to make a positive difference to their community.

“The students at the college identified some local issues and came together to plan an exciting, youth-led program that has showcased their talents and determination. We are looking forward to seeing how far they go following this successful time with us at the Pythian Club.”

Head of sport, Sarah Morley, said: “It’s been great to hear how well our students engaged with Ben and his mentors through the Pythian Club. Exposing them to different sports outside of their classes and being able to explore their own project, really helped to support team cohesion.

“We have noticed a whole wealth of newly developed confidence amongst the learners too, which has been boosted by Ben’s team’s coaching techniques. Well done to all our students for working so well together, daring to try something new and getting stuck into the litter picking in the park on what was a very frosty day!”